Massimo d'Amore, the divisive figure at the center of many of PepsiCo's biggest marketing campaigns over the past several years, is retiring. 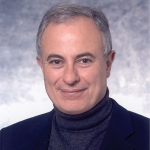 According to executives familiar with the matter, the retirement of Mr. d'Amore, 56, will be announced today. The announcement dovetails with a much-anticipated investor meeting in New York where PepsiCo is expected to announce an infusion of marketing spending. The company has been under pressure from analysts who have been calling for increased investment in the North American beverage category.

Mr. d'Amore has cast a long shadow at PepsiCo and in the marketing world. A charming Italian, he has been lauded as both innovative and creative, but has also been a lightning rod for controversy. He oversaw the creation of new logos, packaging and marketing campaigns for several brands, including Pepsi , Tropicana, Gatorade, Mtn Dew and Sierra Mist. And his tenure coincided with the departure of a who's who of marketing talent.

Mr. d'Amore joined PepsiCo in 1995 from Procter & Gamble and has held a variety of positions, including senior VP-CMO Pepsi -Cola International and CEO PepsiCo Beverages Americas. It was in the latter role that Mr. d'Amore truly made a splash. In 2008, the company unveiled plans to overhaul the marketing and packaging across its beverage portfolio. At the time, Frank Cooper, then Pepsi 's VP-portfolio brands, said CEO Indra Nooyi and Mr. d'Amore had called for a "quantum leap" forward in transforming the soft-drink category and defining Pepsi as a cultural leader.

The revamp of the Pepsi globe -- the 11th logo change in the brand's 110-year history -- faced initial scrutiny, though it has survived with minor changes. In 2010, distinct globes for Diet Pepsi and Pepsi Max were replaced with the globe originally created for Pepsi .

Changes to Tropicana's packaging in 2009, however, proved to be a significant misstep. Between Jan. 1 and Feb. 22 of that year, sales of the Tropicana Pure Premium line plummeted 20%. On Feb. 23, the company announced it would bow to consumer demand and scrap the new packaging. It had been on the market less than two months.

Mr. d'Amore's changes were controversial, and his management style rubbed some the wrong way. In mid-2009, amid an exodus of marketing talent, former executives told Ad Age they left the company in part because Mr. d'Amore's tight control over the brands led to a chasm between those who agreed with his views and those who didn't.

But Mr. d'Amore has also been credited with helping to return the Gatorade brand to growth, following several years of slumping sales. He worked on the development of new products, including Trop50 and Pepsi Next. And he was a key leader during the integration of PepsiCo's largest bottlers, as well as integral in the company's efforts to embrace a more global point of view. The first global campaign for Pepsi is expected to launch in the coming months.

In the last year, Mr. d'Amore seemingly began to address some of the company's critics who charged the company wasn't paying enough attention to its colas, as Pepsi ceded the No. 2 spot in the category to Diet Coke. Ads for Diet Pepsi have featured "Modern Family" star Sofia Vergara, while in another campaign Santa Claus -- a longstanding character in Coke marketing -- appeared to prefer Pepsi .