Chain will open more than 60 stand-alone U.S. stores this year in addition to hundreds more at Kohl’s locations
READ THIS NEXT
Tinder picks up Pizza Hut's CMO, and NFTs are bad for the earth: Tuesday Wake-Up Call 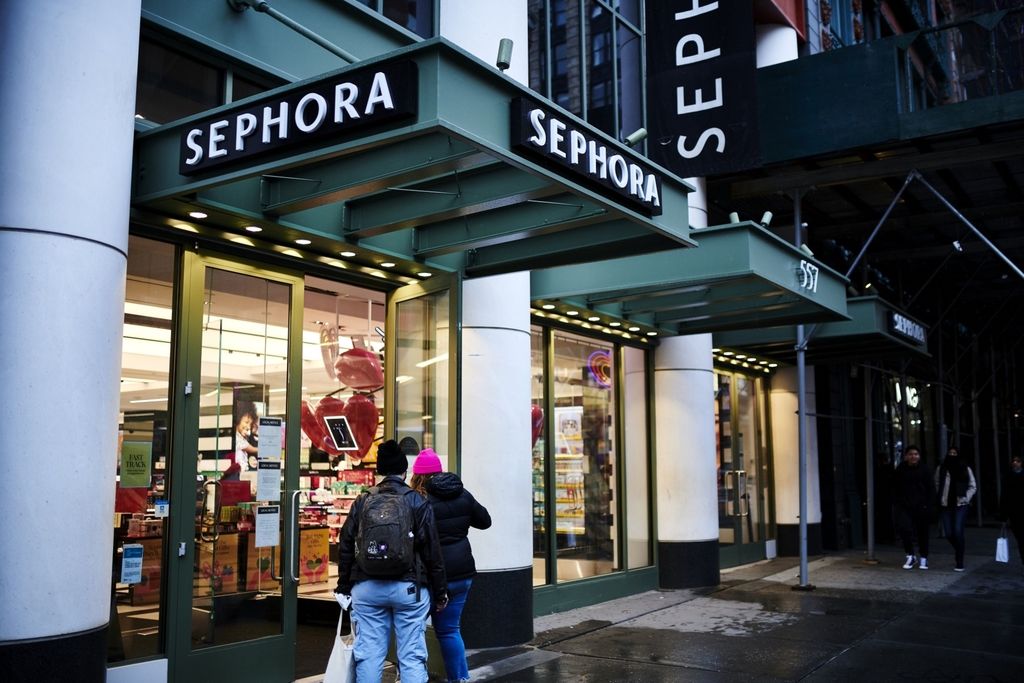 LVMH’s Sephora beauty chain said it will open more than 60 stand-alone U.S. stores this year in addition to the hundreds of shops already planned at Kohl’s locations, betting big on a resurgence of retail foot traffic as the pandemic wanes.

The expansion will take place in the Pacific Northwest, Los Angeles and the South, with plans to open stores in Dallas, Houston and Austin, Texas, as well as Nashville, Tennessee, Sephora said in a statement Thursday. The brand currently has 452 stores in the U.S., according to a company spokeswoman.

The first 200 Sephora locations within Kohl’s stores will also begin opening this year. The French beauty retailer in December announced a tie-up with the Menomonee Falls, Wisconsin-based department-store chain that includes opening at least 850 shop-in-shops by 2023. The partnership comes after a long-running deal Sephora had with J.C. Penney Co.

Sephora locations are largely concentrated in urban markets, and entering Kohl’s will give it access to a more suburban customer base. The shop-in-shops will begin opening in metropolitan areas including Los Angeles, New York, Chicago and Minneapolis. Departments across 30 states are planned.

Sephora’s expansion comes as retailers begin jockeying to capture pent-up demand from consumers itching to shop again. For the beauty industry, in-store sales are an irreplaceable source of revenue, even with the surge in e-commerce sales during the pandemic. While some of Sephora’s steps to bolster its omnichannel presence have come later than pivots taken by most companies, they stand to aid the chain’s post-Covid strategy as it catches up to market leader and rival Ulta Beauty Inc.

Ulta, which has more than 1,200 stores in the U.S., announced in November that it’s opening more than 100 mini-stores in Target Corp. locations this year.