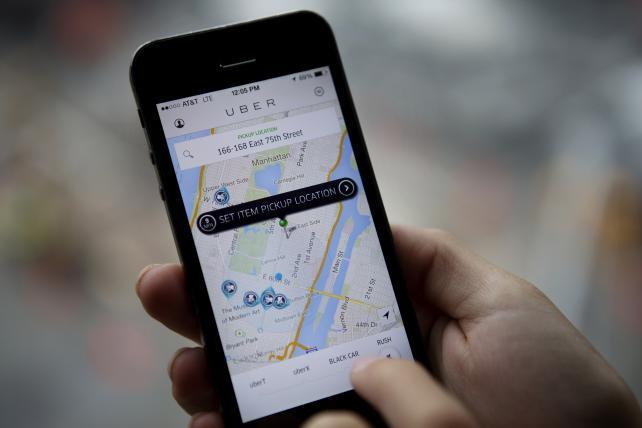 Welcome to Ad Age's Wake-Up Call, our daily roundup of advertising, marketing, media and digital-related news. What people are talking about today: Uber looks set to slash its marketing budget, thanks to brand new Chief Operating Officer Barney Harford. He tells the Financial Times he will "bring a dose of financial discipline" to the unprofitable company and points to "marketing costs and ride efficiency" as potential areas for improvement.

Rolling Stone has a new owner

Penske Media has acquired a majority percent stake in Wenner Media, the owner of Rolling Stone, the companies said Wednesday evening. Jann Wenner, the co-founder of the magazine, will stay on as editorial director, The New York Times reports; his son Gus Wenner will continue as president and chief operating officer, taking a seat on Penske's advisory board as well. Penske's media brands Variety, Deadline and WWD.

Yes, Apple is deliberately slowing down your old iPhone

There's a reason iPhones seem slower after iOS updates, Quartz reports. We suspected it all along, but Apple has finally confirmed that it purposely slows down older iPhones. The tech giant claims that it's a benefit to customers, because it prolongs the life of phone batteries and helps avoid unexpected shutdowns. "Our goal is to deliver the best experience for customers, which includes overall performance and prolonging the life of their devices," Apple says.

Netflix now has its very own movie franchise

Will Smith's fantasy film "Bright" will be the first franchise in streaming-only history, Bloomberg reports. Set in a world where orcs and elves live alongside humans, the $90 million fantasy-action, buddy-cop film premieres on December 22. Netflix has put a significant marketing campaign behind "Bright," including billboard ads in major cities.

Digital advertising had a record-breaking first half of 2017, and is on pace to hit $85 billion by year's end, Ad Age's George Slefo writes. According to the latest figures from the Interactive Advertising Bureau, digital ad revenue surged nearly 23 percent to $40 billion in the first six months of the year.

Also: Mobile captured 54 percent of all revenue, its highest share to date.

Facebook lets job advertisers target by age: Micro-targeted advertising has got Facebook in trouble again, Reuters reports. This time it's accused in a lawsuit by the Communications Workers of America of allowing companies including T-Mobile and Amazon to target younger workers.

Faux news, real fur: Amazon and TK Maxx are among retailers selling genuine fur mislabeled as faux, according to an investigation by Sky News. Cheap animal fur and opaque supply chains are to blame.

Campbell's could can BBDO: Campbell's long-running relationships with Omnicom's BBDO and WPP's MEC could be under threat as the marketer aims to consolidate global media and creative within a single holding company, writes Ad Age's E.J. Schultz.

Holiday countdown: Starbucks dominated brands' holiday video campaings online, with more than double the number of views of its closest rival. (Maybe that "controversy" about the hands on the cups helped.) There are only four days until Christmas, so get in the mood with a look at all the festive favorites.

Alexa, get me a drink: Diageo's new skill for Amazon's Echo Show teaches you how to make cocktails. And you don't even need to give the bartender a tip.

Roll on 2018: It looks set to be an interesting year for Ad Age's CMOs to watch, as chosen by our reporting team. Papa John's, PepsiCo and Ford are among those who should be on track for a happy new year.

Creativity Pick of the Day: Among all the cozy Christmas ads running on U.K. TV, a new PSA from the AA Charitable Trust could come as a harrowing shock. Set to Bing Crosby's "I'll be home for Christmas," it starts off as a sentimental film about a father texting his daughter as he heads home for the holidays. But the warm and fuzzy feelings dissipate as we realize he's texting while driving, and as the girl goes to sleep, we see him lying in the road after a fatal accident. It ends with the line, "Make it home for Christmas." Watch it here.