TikTok founder races to save app before Trump bans it

A look at the four scenarios Zhang Yiming, ByteDance and its investors are considering to save TikTok
READ THIS NEXT
Bruce Willis hypes DieHard batteries (!) and Facebook blocks millions (!!) of ads: Monday Wake-Up Call 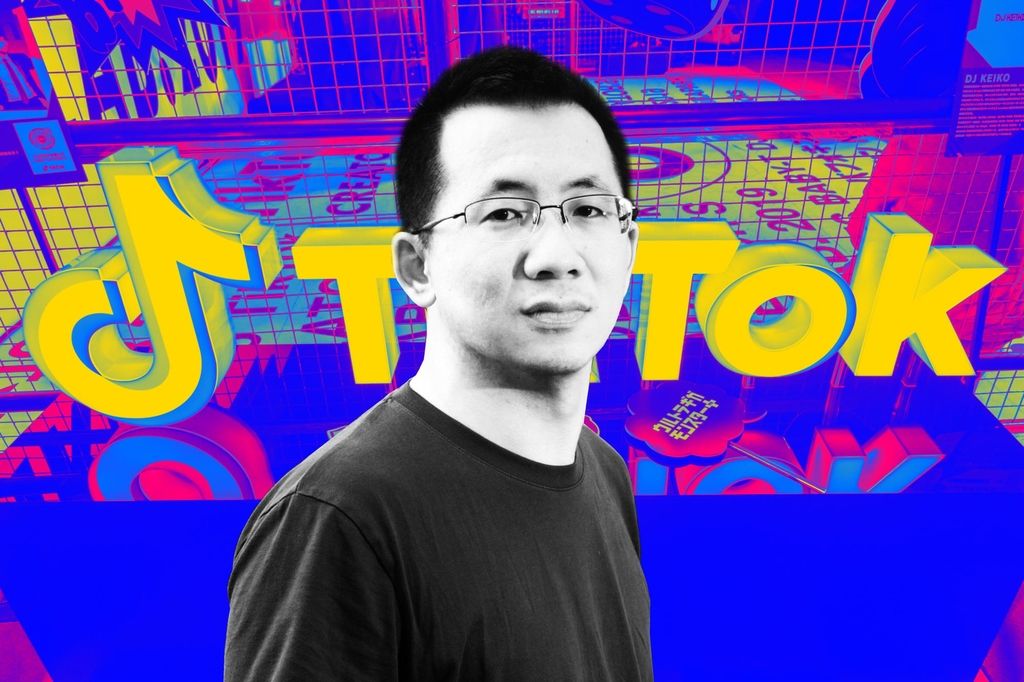 Zhang Yiming is the little-known Chinese entrepreneur who built TikTok into one of the most promising franchises on the internet. Now the founder is under pressure to save the business from Trump administration threats.

Venture investors in TikTok parent ByteDance Ltd. have approached Zhang with a range of proposals to address U.S. concerns that the short-video app is a security threat, according to people familiar with the matter. They include selling a majority stake in TikTok to American interests, perhaps strategic investors or the venture firms themselves, said the people, asking not to be identified because the talks are private.

Zhang, who controls the company, has so far resisted. He’s tried building up TikTok’s operations in the U.S., hiring an American CEO and reassuring regulators that user data will not be shared outside the country. TikTok has also stepped up its lobbying in Washington, D.C. and signaled it would create 10,000 jobs in the country.

It hasn’t been enough. This month, Donald Trump said he’s considering banning the app in the U.S., while adviser Peter Navarro said the app would face penalties for “information warfare” against the U.S. A decision is likely to come before the elections in November so time is running short for Zhang.

“We are moving down a path of techno-nationalism,” says Samm Sacks, a fellow on cybersecurity policy and China digital economy at the New America think tank.

Trump has the power to cripple the business. The president could add TikTok to the U.S. entity list, which would compel American companies such as Apple Inc. and Alphabet Inc.’s Google to drop the service from their app stores. In addition, the U.S. Committee on Foreign Investment in the U.S., better known as CFIUS, is reviewing ByteDance’s 2017 purchase of the business that became TikTok and could force a spinoff. Either move would hammer the value of the business.

That has people close to Zhang stepping up their push for quick action to preserve the value of the franchise. Here is a look at the scenarios Zhang, ByteDance and its investors are considering to save TikTok.

ByteDance’s venture investors, including Sequoia Capital, have urged Zhang to sell a majority stake in TikTok. The idea is that TikTok could become a U.S. company, while ByteDance retains a minority stake. This scenario has been discussed for months with various iterations, including a group of venture firms or strategic partners buying the additional equity, according to one person involved in the talks.

Talks are detailed enough that they’ve debated whether ByteDance should continue to hold any board seats and whether U.S. authorities would likely back off, the person said. Neil Shen, the head of Sequoia China who backed the startup early on, has supported this idea. Sequoia declined to comment.

“Since publicly announcing two weeks ago that we are evaluating changes to the corporate structure of the TikTok business, there have been numerous suggestions made by external people not involved in the company’s internal discussions,” TikTok said in a statement. “We do not comment on rumours or speculation. We are very confident in the long-term success of TikTok and will make our plans public when we have something to announce.”

The biggest hurdle to such a deal is Zhang’s desire to keep control of TikTok. He has resisted because he thinks the service is evolving into one of a handful of major online advertising businesses, alongside Facebook Inc. and Google. He has already endured a TikTok ban in India, its largest market by users. His instincts are to fight. He has scrapped with the authorities in Beijing over politically sensitive content and with Chinese publishers over allegations of copyright infringement.

Price is another challenge. TikTok’s value is surging, with estimates ranging from $20 billion to $40 billion. The real promise is in the future if it can follow the growth path of Facebook or Google. It’s not clear venture investors, which also include General Atlantic and SoftBank Group Corp., could raise enough capital to buy a majority stake at a price that would satisfy Zhang, one person said.

Any deal would also face enormous risks because time is running short. Buyers may have to agree to a deal with ByteDance without knowing whether the U.S. government would then forgo a ban. One venture investor said it’s essentially impossible to complete a deal in time.

A more modest scenario under discussion is separating TikTok’s U.S. operations, while ByteDance retains full ownership in the rest of the world, the person said. This would make the deal more affordable for venture firms and would allow Zhang to retain control over most of the operations. It may also assuage U.S. regulators because user data would be under the control of a local company.

The U.S. is a relatively modest part of ByteDance’s overall business. The TikTok app has been downloaded more than 165 million times in the country, according to Sensor Tower estimates, compared with more than 2 billion times globally, including its Chinese equivalent.

The drawback of a U.S. TikTok is that the operation would lose the synergies of a global company. Advertisers that have flocked to the service would have to deal with two different entities. Engineers working on TikTok’s software may also struggle to deal with user bases that are segmented into different geographic regions. If the U.S. business continues to use algorithms and intellectual property from Beijing headquarters, American politicians may still have concerns over security.

Split ByteDance into China and 'everywhere else'

A more dramatic alternative would be for Zhang to separate ByteDance in China and abroad. In theory, he could set up a global headquarters in the U.S. or the U.K. to run all of ByteDance’s businesses outside of his home country. Although his company is best known for TikTok, it is an ambitious software developer, with popular smartphone apps for news, entertainment and more. Such a separation would proactively address concerns about Chinese control over ByteDance’s entire family of apps.

The company’s China business, already substantial, is growing fast. The domestic version of TikTok, Douyin, is a bigger business than the short-video service has outside the country. ByteDance is also expanding in the country into new services, including education.

Perhaps the most unlikely option would be for Zhang to move to the U.S. and run ByteDance from there. The native of Longyan has spent an increasing amount of time in California in recent years as ByteDance has expanded abroad. The U.S. visa programs for exceptional workers would almost certainly cover the founder, meaning he could become a citizen in less than a year, one person said. Parallels would be Rupert Murdoch or Elon Musk, the person said.

Such a move would be very controversial in his home country. Chinese who move abroad typically keep a low profile to avoid becoming a lighting rod.

“TikTok is led by an American CEO, with hundreds of employees and key leaders across safety, security, product, and public policy here in the U.S.,” a company spokesperson has said. “We have never provided user data to the Chinese government, nor would we do so if asked.”

In the end, Zhang may opt to do nothing and deal with Trump’s decision after it’s made. ByteDance is already the most valuable startup in the world, according to CB Insights. Its valuation, $75 billion during its last official fundraising, surged to as much as $140 billion in private share transactions earlier this year, according to one person close to the matter.

While a U.S. ban on TikTok would hurt that lofty total, ByteDance’s valuation would likely remain above $100 billion, the person said. Clarity would also allow the CEO to focus on building the next major competitor on China’s internet, beside Tencent Holdings Ltd. and Alibaba Group Holding Ltd. Investment bankers have pitched Zhang for months on an initial public offering, despite the U.S. threats, because investors are so hungry for new offerings. That’s a sign of the business’s stability, even though the company has said it’s in no rush to go public.