Plus, Facebook ‘shelves’ report on divisive content, and the pandemic is boosting gardening
READ THIS NEXT
Jury could hear Fortnite court fight and brands rally voters ahead of presidential debate: Tuesday Wake-Up Call 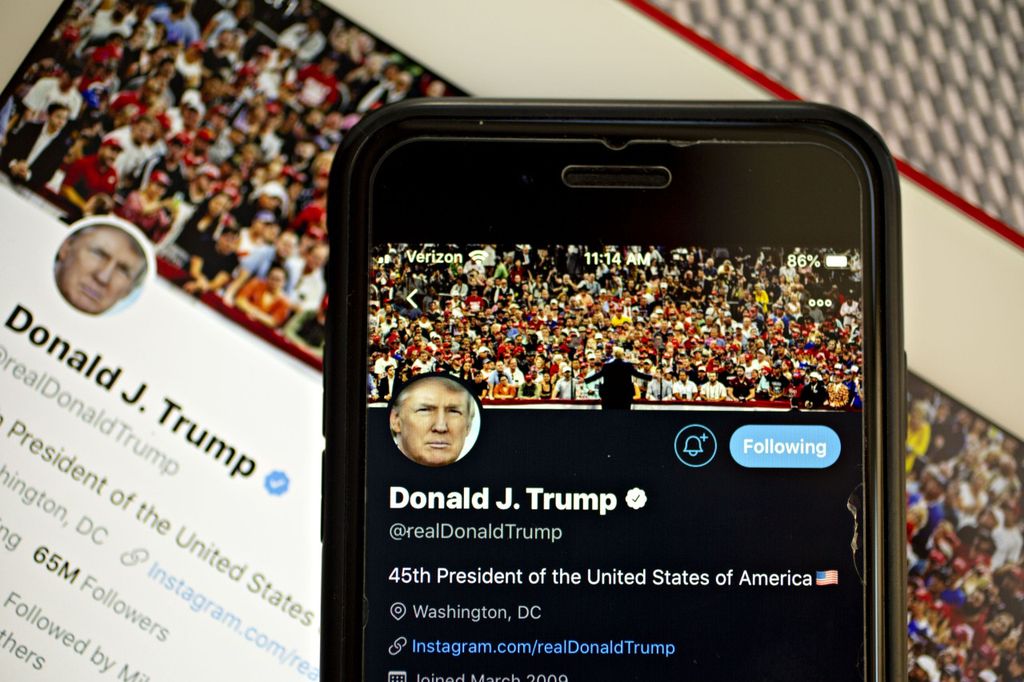 Trump in Twitter fact-checking row
President Trump is accusing Twitter of interfering in the presidential election after the company started fact-checking his tweets. A furious argument kicked off yesterday, as Bloomberg News reports, after two of his tweets that made unsubstantiated claims about mail-in voting were appended with links reading, “Get the facts about mail-in ballots.” The links take readers to another page with stories and reporters’ tweets about the president’s claims, as well as an item titled “What you need to know” that rebuts Trump.

The President responded angrily, tweeting: “Twitter is completely stifling FREE SPEECH, and I, as President, will not allow it to happen!” He added: “@Twitter is now interfering in the 2020 Presidential Election. They are saying my statement on Mail-In Ballots, which will lead to massive corruption and fraud, is incorrect, based on fact-checking by Fake News CNN and the Amazon Washington Post....”

The labels are part of a policy Twitter expanded earlier this month when it started fact-checking tweets related to COVID-19. The company confirmed it had added the links to Trump’s tweets. Earlier in the day, however, Twitter had come under pressure to remove other Trump tweets about Representative Joe Scarborough, after The New York Times published a letter written by a man whose wife died in former Representative Joe Scarborough’s office. Those tweets have not been removed.

KFC test a new chicken sandwich
With all the catastrophic pandemic news, you could be forgiven for having forgotten temporarily about the chicken sandwich wars. Well, KFC hasn’t. As Ad Age’s Jessica Wohl reports, the fast-feeder is testing a larger, upgraded fried chicken sandwich in Florida, after admitting that its current national sandwich doesn’t stand up to the competition from the likes of Popeyes and Chick-fil-A.

The so-called “perfectly fried chicken sandwich” is 20 percent larger than KFC's current fried chicken sandwich, the Crispy Colonel. Priced at $3.99, in line with the popular Popeyes product, it comes in a brioche bun with crispier, thicker, "more gourmet" pickles, and mayo in either a classic or spicy variety. “We realized that [the Crispy Colonel] wasn’t the one to beat in the market, and we just weren’t O.K. with that,” says Andrea Zahumensky, chief marketing officer, KFC U.S.

The sandwich is being trialed in 15 Orlando restaurants, and in line with social distancing, customers will give their feedback virtually, such as in videos from their cars. Also, frontline workers including teachers and police offers will be among the first privileged few to try it.

Facebook ‘shelves’ report into polarizing content
Facebook, long under fire for encouraging divisive content, is facing accusations of a cover-up of its own research into the matter.  According to a report by the Wall Street Journal, the social network "shelved" the findings of an internal report it had commissioned that studied how it polarized users. One slide from a 2018 presentation apparently read “Our algorithms exploit the human brain’s attraction to divisiveness.”

However, the Journal says CEO Mark Zuckerberg and other senior executives “largely shelved the basic research, according to previously unreported internal documents and people familiar with the effort, and weakened or blocked efforts to apply its conclusions to Facebook products.”

Garden party
“When economic distress hits, gardening really takes off,” Jamie Mattikow, president and CEO of W. Atlee Burpee Co., tells Ad Age's Jessica Wohl.  The gardening industry has had to adjust to the pandemic like every other sector of the economy, with stores that carry garden wares shutting down temporarily, but businesses are coming up with new ways to meet the demand.

Wohl digs into the gardening companies that are making it work by selling seeds and equipment: “The spring of 2020 is expected to stand as a high point for businesses that are able to meet the rising interest in at-home gardening.”

Just briefly:
Shutting down: TGI Friday’s is the latest firm to be hit hard by sales declines during the pandemic. As many as 20 percent of its 386 U.S. locations will likely have to close permanently, according to its Chief Executive Officer Ray Blanchette.

Cheer up: As sports around the world resume behind closed doors, Japanese firm Yamaha has developed a “Remote Cheerer” app allowing fans to cheer for their teams via smartphones, reports The Guardian. The app will allow cheers to be heard around empty stadia in real time, via loudspeakers, as fans follow the games on other media.

Last chance: Ad Age’s Young Creatives Cover Competition closes for submissions tomorrow (May 28) at 5pm EDT. Ad Age is inviting creatives aged 30 and under to create a stunning image to be featured on the cover of our Creativity Issue, which comes out June 15. The winners will be honored at our virtual event, The Future of Creativity, the same week. Enter here.

Take heart from LeBron: We’ve all been through some pretty dark times recently, but over the Memorial Day weekend, a new Nike spot reminded us that there’s always hope. Ad Age’s Ann-Christine Diaz writes that the film by Wieden & Kennedy Portland, titled "Never Too Far Down," revisits major stumbles in the careers of stars like LeBron James (in his “agonizing defeat” during the 2016 NBA Finals) as well as Serena Williams, Rafael Nadal, Cristiano Ronaldo, Naomi Osaka, Tiger Woods and more. James, who narrates, likens such falls to the world's current coronavirus struggles: “Right now, we’re fighting for something much bigger than a win or a championship. But if we’ve learned anything from sports, it’s that no matter how far down we may be, we are never too far down to come back.”