TV Demos Are a '60s Sales Tactic, Not Science. Let's Move On.

Last time, we unpacked the legend that too much Pop Rocks and Coke had killed Mikey, the kid from the Life cereal commercial, who in fact has lived so long that he's got roughly a year left before he turns 50 -- and becomes dead to many advertisers. Part 2 of our take on TV demos explains how we really got here and why we should leave. 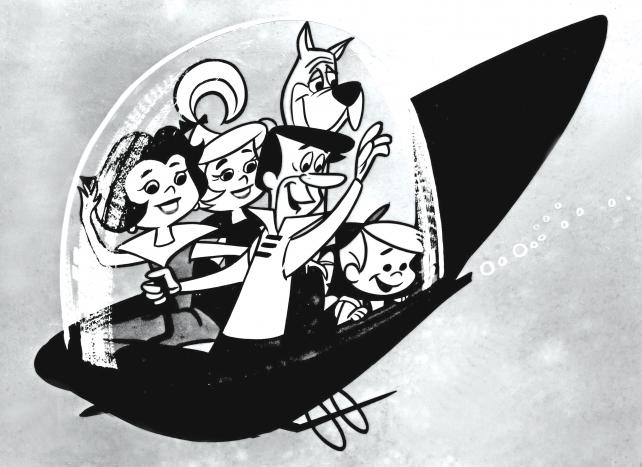 In 2015, Les Moonves' compensation package was $56.8 million, making him one of the world's highest-paid media executives. As the chairman and CEO of CBS Corp., Mr. Moonves heads the enterprise that accounts for nearly one-third (31%) of the overall impressions generated by the Big Four broadcast networks. Presumably, he also watches a whole lot of TV.

Given all that, Mr. Moonves would seem to be an ideal target for advertisers looking to connect with affluent and engaged viewers. But because marketers remain in thrall to the woefully outdated, laughably artificial construct that is the target demographic, the 67-year-old Mr. Moonves effectively does not exist. (Mr. Moonves' network traffics in the slightly more accommodating 25-to-54 demo, but that's of little consolation.)

According to the arbitrary dictates that render any viewer who hits 50 as inconsequential as a harpoon at an Easter egg hunt, not only is the head of America's most-watched network no more substantial than an apparition, but so is the executive who sells CBS's ad inventory. In fact, none of the heads of the network sales groups is demographically viable. The youngest got booted from the 18-to-49 club some 15 months ago.

Here's another way to view the value of buying 18-to-49-year-olds. The Super Bowl is the biggest TV event of the year, and a secular holiday for both fans and its very high-spending advertisers. And yet audience demos for the big game are all but an afterthought, useful only as a means to pad the host network's seasonal ratings stats. Hmmm…

The practice of selling demos is predicated on tortured logic (young people are more difficult to reach, therefore they must be more valuable) and a wheezy set of assumptions about brand loyalty that have never been elevated out of the realm of the hypothetical. That the 18-to-49 demo was more or less plucked out of thin air more than 50 years ago only serves to underscore the capriciousness of the $70 billion TV marketplace.

Here's how the demo hustle went down. In the early 1960s, ABC was struggling to compete with its affiliate-rich, more established rivals CBS and NBC. After watching a throng of Philadelphia bobby-soxers losing their minds as Troy Donahue or Dion or whoever crooned affably on Dick Clark's "American Bandstand," ABC President Oliver Treyz had an epiphany of sorts. Rather than try to keep up with the big dogs, ABC would instead pitch advertisers on its outsize appeal to younger viewers.

Nielsen at the time didn't measure discrete audience segments, so when Mr. Treyz and ABC founder Leonard Goldenson first approached the company with a request to blow up the standard household ratings by which everyone kept score, all parties concerned were in uncharted waters. ABC's proposal was wildly ambitious and, as it turned out, tremendously impractical. Because automotive clients accounted for the vast majority of its inventory, the network hoped to assign a demographic sliver with the models most likely to appeal to that particular age range; in other words, it would sell men 18-to-24 to Corvette, while the older end of the spectrum, breadwinners in their early to mid-30s, would be pinned to Buick and Cadillac.

To its credit, Nielsen countered with the most viable compromise it could offer, and ABC walked away with a plan to sell a demo that is now older than its terminal integer.

To put the request in context, Nielsen had only been measuring TV audiences for about a decade when Mr. Treyz and Mr. Goldenson came calling, and contemporary punch-card computers boasted all the processing power of a fluffernutter sandwich. If ABC's reach exceeded its grasp, the setback didn't stop the network from turning the ad business on its ear. In 1962, in a bid to align its programming slate with the automakers' fall release schedule, ABC set all of its new series' premieres to air in a single week in September, thereby ushering in the modern broadcast season … which in turn gave rise to the spring upfront bazaar. Five years later, ABC became the first network to offer ratings guarantees.

So, to sum up: The same year ABC introduced a space-crazed America to "The Jetsons," it essentially fabricated a demo out of whole cloth in order to steal share from its more widely distributed competitors. More than a half-century later, that arbitrary age group remains the coin of the realm for a marketplace that no more resembles the '60s TV landscape than George Jetson's whimsical space-utopia resembles our own reality. Jane, stop this crazy thing.