Also, news about Shonda Rhimes, Netflix and the Super Bowl 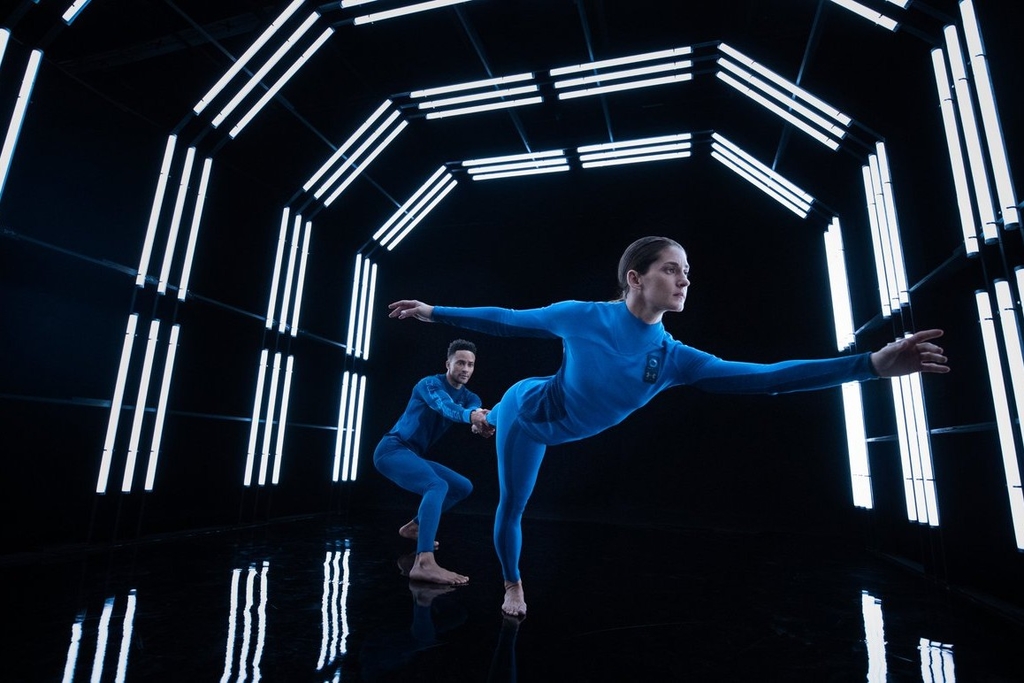 You too can buy Under Armour's spacesuit for Virgin Galactic
Under Armour is making spacesuits for Virgin Galactic’s space tourists, and the unveiling event was pretty cosmic. As Ad Age’s Adrianne Pasquarelli writes, the reveal was held in an indoor skydiving arena, where spacesuit-clad performers danced in the air to the tune of Tchaikovsky’s Swan Lake. The suits were designed for the hundreds of people shelling out $250,000 for space tourism. But Stephen Attenborough, commercial director of Virgin Galactic, said the brands plan to make “versions of the suits that non-space-traveling consumers can buy on their own,” Pasquarelli writes. Where (on earth) would you wear such a thing?

Netflix says ‘chill’
Netflix added 6.8 million total customers in the third quarter, raising the size of its audience to 158 million paid subscribers. Investors responded by boosting the share price, but as Ad Age’s Garett Sloane writes, “some analysts saw signs for concern, including eMarketer, which noted that subscriber growth was still short of the company’s goals.”

So how worried is Netflix about new rival streaming services, including Apple TV Plus, Disney+ and HBO Max? Who really knows, but the company struck a chilled-out tone in a note to investors. “Many are focused on the ‘streaming wars,’ but we’ve been competing with streamers (Amazon, YouTube, Hulu) as well as linear TV for over a decade,” it wrote.

A scam run on Facebook
BuzzFeed News uncovered what it described as a "massive Facebook scam" run by a San Diego company called Ads Inc. The report says the company convinced Facebook users to rent out their accounts, then ran misleading ads from those pages for wide reach. BuzzFeed writes:

“Since 2015, Ads Inc. has made money—lots of it—by executing one of the internet’s most persistent, lucrative and sophisticated scams: the subscription trap. The subscription trap works by tricking people into buying what they think is a single free trial of a celebrity-endorsed product.”

The subscription is tough to cancel, so subscribers keep paying. Ads Inc. apparently lured in Baby Boomers with posts that featured unwitting celebs like Tom Hanks, Sandra Bullock and Willie Nelson. (Nelson, especially, seems to have appealed to the target audience; one unnamed Ads. Inc. employee told BuzzFeed, “I like to say Willie Nelson is a fount of profit.”)

Following BuzzFeed News’ queries, Facebook served Ads Inc. with a cease-and-desist letter, and the company told BuzzFeed it is closing down.

Just briefly:
One hurdle cleared: The Federal Communications Commission approved the merger between T-Mobile and Sprint. But it’s not a done deal. The Verge reports that “a bipartisan coalition of state attorneys general are still trying to block the deal through a multistate lawsuit, and representatives from the two companies said that they won’t close the merger until that is resolved.”

Something new: TV hitmaker Shonda Rhimes “is taking her talent for storytelling to the audio realm as the executive producer of new podcasts to be made in conjunction with the broadcast giant iHeartMedia,” The New York Times writes.

Goodbye: “Meredith Corp. announced Wednesday that it will cease publication of its venerable Family Circle magazine after the December 2019 issue,” the Des Moines Register reports. The magazine was founded in 1932.

Playbook: For brands trying to “crash” the Super Bowl—generating buzz around the game without actually buying a Super Bowl ad—be forewarned: “It takes a lot more planning and resources than it used to,” Jack Neff writes in Ad Age.

Podcast of the day: After a year on the job, Cosmopolitan editor Jessica Pels tells Ad Age Editor Brian Braiker about data-driven strategies for reaching millennials. Internally, Cosmo staff refers to the typical Cosmo reader as “Taylor,” “because it's easier to talk about Taylor as a person than it is to talk about a data set,” Pels says. Subscribe to Braiker’s “Ad Lib” podcast on iTunes or Spotify.

Ad of the day: “I’m a baller,” an older woman in cat’s eye glasses announces. She’s a “baller” because her freezer makes amazingly large spheres of ice, of the sort served in fancy cocktail bars. It’s part of a new campaign for an LG fridge that makes craft ice. Is that a frivolous reason to covet a pricey new kitchen appliance? Probably, but once you see it, regular ice cubes look dinky and sad. Watch the spot on the Ad Age’s Marketer’s Brief.