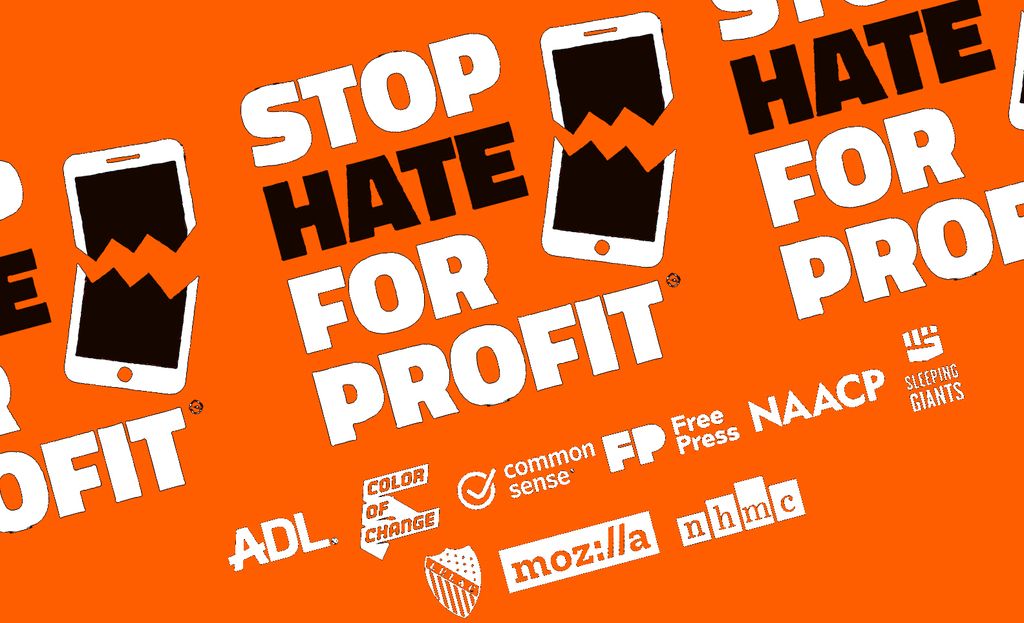 The Anti-Defamation League stepped up its criticism of Facebook, releasing an open letter to companies that advertise on the platform—including Geico and Verizon—that lays out the reasons the ADL, the NAACP and other civil rights groups are calling for a boycott of the tech giant.

“In its blog post accompanying the letter, the ADL posted a series of screenshots that it claimed were images of brands' ads appearing next to offensive imagery on Facebook,” writes Ad Age’s Garett Sloane. “A Verizon ad was among the screenshots.”

Shortly after the release of the letter, Verizon announced it would pause its spending on Facebook and Instagram. “The company is estimated to have spent more than $850,000 advertising on Facebook through the first three weeks of June,” writes Ad Age’s George Slefo.

Facebook has been coming under increasing fire for its refusal to clamp down on hate speech and disinformation, which have flourished in private groups on the site, particularly after other platforms like Reddit banned users promoting conspiracy theories like QAnon.

For more coverage like this, become a subscriber. Individual, group and corporate subscriptions are available—including access to our Ad Age Datacenter. Find options at AdAge.com/membership.

Nearly 1.5 million people filed for unemployment benefits last week, the 14th week in a row that stat topped a million people. Economists had predicted 1.35 million, so while layoffs are slowing, they’re not slowing quickly. But the number of people collecting state benefits finally dipped below 20 million—a historically bad number in any other era but 5 million fewer than in May.

Hopes that the economy would begin to rebound have been tempered by a sudden spike in coronavirus cases in many parts of the country, especially the South and Southwest. Apple will close 14 retail stories in Florida that it had reopened, leaving just two open locations in the state, and Florida and Texas have both paused rollbacks of social distancing measures.

And the IMF this week predicted that the global recession will get much worse, with a 4.9 percent reduction in global output this year, up from the 3 percent it expected back in April.

White collars on the line

Even layoffs in retail, some of the first and most consistent job losses since the start of the pandemic, aren’t over. Macy’s announced it will cut 3,900 corporate jobs, after deep cuts at the store and supply chain level. “We know that we will be a smaller company for the foreseeable future, and our cost base will continue to reflect that moving forward,” said CEO Jeff Gennette.

And beloved (or vilified, depending on your age) pizza chain Chuck E. Cheese is on the rocks. Its parent company, CEC Entertainment Inc, filed for bankruptcy protection. Sales at Chuck E. Cheese were already falling in 2019, and the pandemic has done nothing good for its bottom line. An ill-fated shift to delivery as its arcade- and animatronic-heavy stores shuttered only made customers angry and confused, since it quietly rebranded that service to Pasqually’s Pizza & Wings.

Andrew Zimmerman spent a year traveling with one-ring circuses through Eastern Europe and the Soviet Union, living with and getting to know performers and trying to write a book. The president of a design consultancy called frog never finished that book, but he wrote others years later. On the latest episode of the “Ad Block” podcast, Zimmerman talks about the trapeze artists, lion and tiger tamers, clowns, jugglers and knife throwers he met.

Unlike fictional tropes of circus performers, he learned that they weren’t all one big family that got along. There was an established pecking order (trapeze artists at the top, clowns at the bottom), and the performers jostled for stage time and attention. He also weighs in on designing with empathy and explains why he watches Fox News.

Penn's play: The Stagwell Group late Thursday proposed a merger with MDC Partners in a move that would combine two firms led by Mark Penn into a $2 billion agency group. The combined firms would generate $35 million in cost synergies, Penn estimates.

Running backward: Ad portrayals of women didn’t improve last year, according to a new study from Cannes Lions and The Geena Davis Institute on Gender in Media. “Male characters outnumber female characters by almost two-to-one and have twice the screen time and speaking time as women,” writes Ad Age’s Luke Guillory. “Although 10 percent of people globally identify as LGBTQ+, they represented just 1.8 percent of characters with discernible sexual orientation; people with disabilities and the elderly are underrepresented.” Depictions of people of color also fell 5 percent from 2018.

Magnified voices: Twitter is taking Black Lives Matter—one of its most popular hashtags—out-of-home. “Real Tweets from Black users around the world have been magnified on out-of-home signs in U.S. cities where major protests have occurred,” writes Ad Age’s Ann-Christine Diaz. “They include messages from writer Ashley Simpo, Bernice King, CEO of The King Center and daughter of Martin Luther King Jr. and Coretta Scott King, writer and marketer Frederick T. Joseph and many more.”