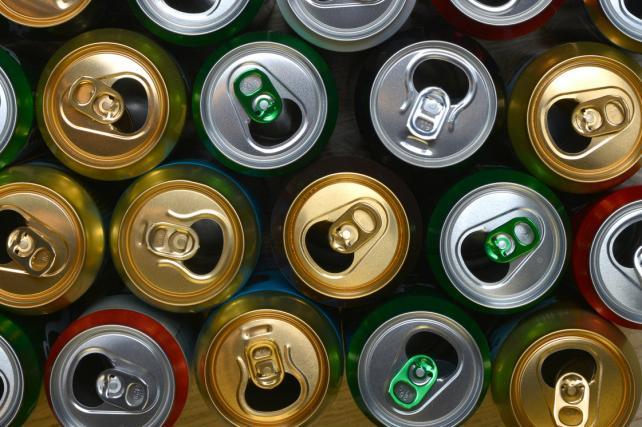 Welcome to Ad Age's Wake-Up Call, our daily roundup of advertising, marketing, media and digital news. You can get an audio version of this briefing on your Alexa device. Search for "Ad Age" under "Skills" in the Alexa app. What people are talking about today: Some supporters toasted Brett Kavanaugh's confirmation as a Supreme Court justice by posting selfies of themselves drinking beer, with the hashtags "Beers4Brett" or "BeersForBrett." It was apparently a reference to Kavanaugh's extended ode to beer during his Senate Judiciary Committee hearings. ("Yes, we drank beer. I liked beer. Still like beer. We drank beer.") The Daily Caller's Benny Johnson posted a photo of himself chugging Coors Light while holding an American flag, and he shared other photos that people sent in. There were beer selfies with brands from Budweiser to Guinness; Sen. John Cornyn of Texas posted a photo of a champagne flute and tweeted, "Not quite #Beers4Brett but #Bubbly4Brett instead."
Beer brands did not join in. Some people found the beer-filled celebration appalling, given the context. As CBS News says, "the pictures and hashtag were seen as insensitive to many who noted that Kavanaugh had been accused of sexual assault" decades ago as a high school student at a party involving teenage drinking. (Kavanaugh denies the allegation.) One Twitter user wrote, "#BeersForBrett makes me sick. Are we really to the point of joking about a detail of a sexual assault allegation made against a SCOTUS nominee?"
On Fox News: On The Ingraham Angle, host Laura Ingraham and contributor Raymond Arroyo snapped selfies of themselves with bottles of Bud Light, a joke segue between a report about the dangers of selfies and news about Kavanaugh. Arroyo fell out of his chair (which the host later confirmed was intentional.)
On Stephen Colbert: "The Late Show With Stephen Colbert" on CBS made a fake ad for a faux beer brand called Kavanaugh, the "perfect beer for the judge who doesn't want to be judged."

Meanwhile in agency news
Havas Chicago is hosting an anti-bullying-themed art installation spotlighting nasty anonymous online comments made by disgruntled employees of the agency. As Ad Age's Megan Graham writes, there's also a brochure that encourages employees to look elsewhere if they feel Havas isn't the right fit. The installation includes a wall bearing the message, "All of us work here some of us fucking love it." Graham writes:

"Tatia Torrey, president and chief client officer at Havas Chicago, said in a statement that 'A group of our employees brought this idea to us, they wanted to address some of the hateful online commentary and bullying that exists around some of our employees and our greater industry and expose the damage that it does to people who love their work and this business.'"

Read more about it here.

Generic chic
Target is launching a new private label brand for inexpensive household and personal care staples to help it compete with Walmart and Amazon. As The Wall Street Journal writes, Target's new Smartly brand has over 70 products, including toilet paper and soaps, with most running under $2. The packaging is white, minimalist and has a sense of humor. The copy on a mild bar soap says it "smells like, well, nothing." The Journal writes:

"Target said Smartly is priced, on average, about 70% less than traditional brands, such as Procter & Gamble Co. labels like Tide, Gillette and Charmin. The new line will be Target's second generic brand for toiletries, undercutting prices on its Up & Up brand by about 50%."

The products don't make any grandiose claims about their benefits. "Paper towels – cleans up your messes," the packaging on one product says. And really, what else do you need from a paper towel?

Just briefly:
Speak now: Taylor Swift, known for keeping her political leanings private, just used Instagram to endorse Democratic candidates for the midterms in Tennessee. ("Someone should probably start a support group for those of us who originally picked the wrong side of the Kanye/Taylor Swift debate," writer Kashana Cauley tweeted.)

Terribly sorry: Walmart Canada is apologizing for an ad for a "fat women swimsuit." The Globe and Mail reports that Walmart blamed a third-party seller for a translation error.

Stunt of the day: A piece by artist Banksy was auctioned off at Sotheby's for $1.4 million -- and then it promptly self-destructed. The artist had built a shredder into the frame; attendees at the auction looked on, horrified as the piece was ripped into strips. Read about it in The New York Times, which adds: "Suspicious minds wondered whether Sotheby's was completely taken by surprise."

Creativity Top 5: Check out Ad Age's Ann-Christine Diaz's picks for the week. In the top slot is a campaign for Samsung's QuickDrive washer in the UK; it reimagined "The Thinker" by Rodin as a naked guy sitting around waiting for his clothes in the washing machine.

Ad of the day: Ally Financial, the digital bank, has new ads out that are very un-bank-like, blending funny retro footage and cartoons in a way that seems light, casual and fresh. As Ad Age's Adrianne Pasquarelli writes, it's the first work from the bank's new agency roster -- Anomaly for creative, R/GA for digital and MediaCom for media. Check it out here.