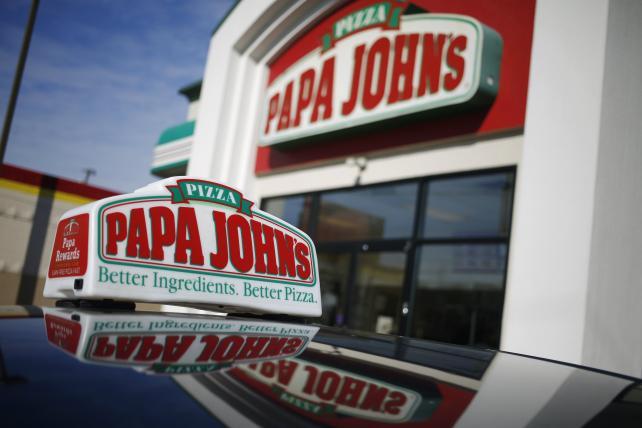 Welcome to Ad Age's Wake-Up Call, our daily roundup of advertising, marketing, media and digital news. You can get an audio version of this briefing on your Alexa device. Search for "Ad Age" under "Skills" in the Alexa app. What people are talking about today: For years, Papa John (aka founder John Schnatter of the fast-food pizza chain) was the face on Papa John's ads and pizza boxes. Now that Schnatter is persona non grata, the company is using lots of other faces in an ad -- the faces of its employees, Ad Age's Jessica Wohl writes. The company's new spot isn't about a boss named John, it's about Nadya, Amit, Jordan, Nicholas, Alaura, Zafira, Bill and Dougie. Wohl notes that "the video features 24 people, including franchise owners and managers of Papa John's restaurants around the world, including people of color." That's notable because Schnatter exited as chairman after using a racial slur on a conference call. (Here's a timeline of the Schnatter debacle.) The ad, from Endeavor Global Marketing, was directed by Ramaa Mosley. She's the first woman to direct a commercial for the brand, Wohl reports.

Also: Grammar enthusiasts, brace yourselves: "Papa John's may soon go by the name Papa Johns," that is, minus the apostrophe, Wohl writes. Filings regarding new wording and brand imagery were submitted to the U.S. Patent and Trademark Office in late August. It seems it's part of Papa John's International Inc.'s attempts to erase Schnatter from the brand even though he's still the company's largest shareholder.

The moniker "has been around in one form or another since 1987 when the original founders, Jon Bond and Richard Kirshenbaum, then referred to as 'ad brats,' opened a shop known for bleeding-edge creative on brands like No Excuses, Moet & Chandon and Snapple before selling a stake to MDC in 2004. Five years later, the name was changed to KBS after Lori Senecal joined as president-CEO. Senecal, who later moved to global CEO at sibling CP&B, retired from advertising last year."

Wish upon a star: In honor of the KBS legacy, Ad Age's Graham writes, "the agency named a star 'KBS' in the Corvus galaxy via the Star-Name Registry."
The Snapple Lady: Eater recently looked back at the '90s ads starring the Snapple Lady, created by the agency, calling them a groundbreaking "dose of TV reality and everyday humor infused with Americana."

A new low
"The TV industry's annual celebration of itself continues to shed viewers," Ad Age's Anthony Crupi writes. According to Nielsen live-plus-same-day data, NBC's broadcast of the Emmy Awards averaged 10.2 million viewers. The number was down 11 percent from last year's Emmys, which aired on a Sunday. Crupi adds: "While Monday night's broadcast now stands as the all-time lowest-rated Emmys on record, the declines are in keeping with the diminishing returns posted by TV's other high-end award shows." At least they're all in it together.

The trouble with targeting
Facebook faces a complaint that its ad targeting practices let employers discriminate against women, Bloomberg News reports. The American Civil Liberties Union says it filed charges with the Equal Employment Opportunity Commission against Facebook and companies that targeted job ads only to younger male Facebook users. The Communications Workers of America and the employment law firm Outten & Golden joined the complaint, which zeroed in on jobs like mechanic or truck driver.
What the ACLU says: "When employers in male-dominated fields advertise their jobs only to men, it prevents women from breaking into those fields."
What Facebook says: "There is no place for discrimination on Facebook; it's strictly prohibited in our policies, and over the past year, we've strengthened our systems to further protect against misuse," Joe Osborne, a Facebook spokesman, said in an email to Bloomberg. Facebook is studying the complaint and looks forward to "defending our practices," Osborne said.
More Facebook news: As recently as last year, Facebook "pressed financial firms for the ability to use customer data flowing through its Messenger platform for a range of purposes, including advertising," The Wall Street Journal reports.

Just briefly:
Bigfoot: What happens when a former marketer, someone with experience building brands (including Talenti Gelato), runs for office? You get an "amazing political attack ad," Ad Age's Simon Dumenco writes. The loopy spot from Dean Phillips, running for Congress in Minnesota, stars Bigfoot.

Midterms: Instagram is launching a "campaign to help encourage users to register to vote, using ads in both users' feeds and Stories to offer an easy link with information on registering," The Verge writes.

Bert + Ernie forever: Are they a couple or not? A former Sesame Street writer says yes. Sesame Workshop says no, because "puppets do not have a sexual orientation." Vulture investigates that claim and dismisses it: "This is poppycock," it says. The Muppets are "absolutely sexual."

Benvenuti: Starbucks has a new outpost of its high-end bakery and bar in Chicago. Ad Age's Jessica Wohl has details, including about the "Apertivo hour" deal. (Buy an alcoholic drink and get a complimentary pizza tasting plate.)

Retail: "Google is planning to open a store in SoHo after all," Crain's New York Business reports. (Google also reportedly has its sights set on a retail location in Chicago too, in the trendy Fulton Market district.)

Are you a Best Place to Work?: Ad Age's Best Places to Work is not only open for submissions, but you better get cracking. Deadline to enter is Friday at 5 p.m. Along with our new partner, Latitude, we've switched things up a bit. Importantly, the criteria has been modernized to better reflect the policies and attitudes that make up a successful work environment and, importantly, to even out the playing field for companies big and small. Enter here!

Creativity pick of the day: Pumping breast milk can make you feel like a dairy cow, given the weird contraptions and tubes involved. Enter the Elvie Breast Pump, which is silent, wire-free and can be slipped discreetly into your bra. A funny new campaign by Mother features dancing moms and "a song with lyrics such as, "'In case you had not noticed, these are not udders, they're my boobs,'" Ad Age's Alexandra Jardine writes. Check it out here.