The retailer made a similar decision this summer following the death of George Floyd
READ THIS NEXT
Salesforce agrees to buy software maker Slack for $27.7 billion 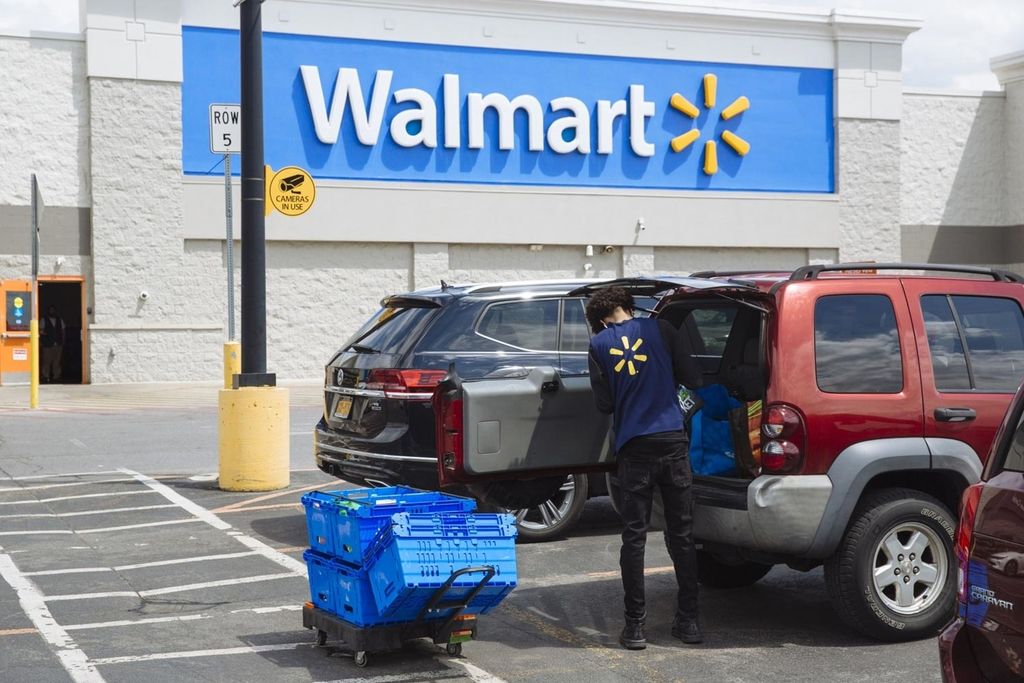 A Walmart worker delivers purchases to a customer's vehicle outside an Amsterdam, New York store.

Walmart Inc. has temporarily pulled ammunition and guns off its shelves ahead of any possible looting or civil unrest that could take place following next week’s election.

“We have seen some isolated civil unrest and as we have done on several occasions over the last few years, we have moved our firearms and ammunition off the sales floor as a precaution for the safety of our associates and customers,” Walmart said in an e-mailed statement. “These items do remain available for purchase by customers.”

Walmart later issued an updated statement: “After civil unrest earlier this week resulted in damage to several of our stores, consistent with actions we took over the summer, we asked stores to move firearms and ammunition from the sales floor to a secure location in the back of the store in an abundance of caution. As the current incidents have remained geographically isolated, we have made the decision to begin returning these products to the sales floor today."

The retail giant made a similar decision this summer during unrest following the death of George Floyd by police, a move intended to dissuade any potential theft if stores were broken into during protests.

A year ago, Walmart, which only sells firearms in about half its stores, said it would discontinue sales of .223 caliber ammunition and other sizes that can be used in assault-style weapons. It also announced plans to stop selling handguns in Alaska, the only state where it still sold them. The move followed deadly attacks at its stores in Texas and Mississippi that left 24 people dead and reinvigorated debate over gun sales at America’s largest retailer.