What's this?
This content is created by an Ad Age Publishing Partner. Find out more about this program.
Numerator

How CPG brands and retailers can remain competitive amid seismic change

Despite a growing economy, consumer packaged goods (CPG) brands are reeling from big shifts in consumer behavior. According to one source, 90 of the top 100 CPG brands lost market share in the past year.

The reasons are complex. From record low U.S. birth rates to an insatiable appetite for fresh foods, demographic and psychographic trends are working against the industry. More millennials are living at home with their parents, and their love of meal kits and smartphone-powered food delivery has led to an expanded competitive set.

Yet, stores that primarily sell CPG products are thriving. The grocery sector saw a net increase of 1,785 stores in 2017, led by Dollar General, Dollar Tree and Aldi. The German supermarket chain Lidl debuted in the U.S., building more than 50 stores. The retail chains with the greatest number of store closings don't primarily sell food—one could make the case that only two sell CPG products at all. So, what gives?

E-commerce led the way, growing 18 percent and now accounting for 16 percent of all omnichannel consumer goods sales. Not surprisingly, Amazon benefited the most, capturing 80 percent of that e-commerce growth and setting the stage for future share gains by expanding discounts for Prime members at Whole Foods stores.

Media spending often moves in lockstep with expected sales changes, and blind spot retailers are spending on advertising like they're in it for the long haul. Numerator Advertising spending data reflects blind spot revenue growth, driven by increased media spending across 2017 for Aldi (+13.6 percent) and dollar store chains (collectively +51.2 percent), with mobile emerging as the fastest-growing medium. And while it's a little unfair to scrutinize the growth of Amazon's media spending given its size and the variety of services covered, it's worth noting that Whole Foods' media spending grew by 239 percent.

There's a seismic shift occurring within CPG, and a growing number of stores are shifting their focus to private label products and "last mile" fulfillment. Retailers and brands that want to remain competitive have to adapt to the changes in the consumer landscape.

For CPG retailers and brands, thriving in an evolving marketplace hinges on four key actions:

Opportunities to increase revenue are everywhere, but with a lens limited to point of sale data and traditional advertising/promotional channels, they're hiding in plain sight. CPG brands and retailers can capitalize on the massive potential being generated by the changing market—if they know where to look. 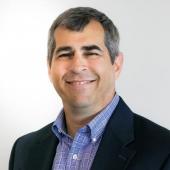 Brad Bane
Brad oversees marketing for the advertising, promotions and pricing intelligence sectors within Numerator's portfolio. Brad is focused on delivering content and thought leadership that enables clients to deliver with distinction, allowing them to leverage research that creates meaningful advantages over competitors.
View all articles by this author