Here's why TikTok, Twitch and Mixer will keep us captivated for the foreseeable future
READ THIS NEXT
Connecting with Hispanic consumers—how brands can communicate with authenticity
Credit: Illustration by Tam Nguyen

You probably know where to find Generation Z, those of us ages 7 to 22: YouTube, Instagram and Snapchat. But Gen Z isn’t found only on the Big 3. Here are a trio of new places where we spend our time today.

Vine, a platform for sharing 6-second videos, grew so popular that it amassed a whopping 200 million daily active users by December 2015. But less than two years later, it was gone, the casualty of intense competition from other platforms like Instagram and Snapchat. This left a power vacuum to be filled by a site that could remaster the short-video platform.

Enter TikTok. Originally musical.ly, before being purchased by ByteDance and merged with its TikTok app, TikTok has become a hit with Gen Z. By June 2018, the app had 500 million monthly active worldwide users; today the number is 800 million, says TikTok—more than 30 million of them in the U.S. It is the No. 1 app in the free entertainment category of Apple’s App Store, ahead of Gen Z faves Netflix and Hulu.

Older members of my generation are somewhat hesitant to embrace the more music-based, sometimes cringier cousin of their beloved Vine. Younger members, though, have made this platform their home for sharing short videos featuring lip-syncing, dancing, gymnastics, comedy and more. And TikTok’s newness makes it ripe for brands to introduce innovative content in order to create brand loyalty, according to Mark Beal, Professor of Practice in Public Relations at Rutgers University’s School of Communication and author of “Decoding Gen Z.

Twitch, an online live-streaming platform owned by Amazon, gained traction within the gaming community by allowing users to watch famous gamers play live and comment on the action.

At first blush, it seems far-fetched to think anyone would spend hours watching others play video games. Yet more than 14.6 million people follow Fortnite player Tyler “Ninja” Blevins to watch him do just that. And that fame didn’t exist only within the Twitch community: Ninja has become a mainstream celebrity, sharing his Fortnite highlights with his 14.8 million followers on Instagram.

While video games like Fortnite have fueled its popularity, Twitch has grown to include more than just gaming streams. The site now hosts a variety of live streaming categories, ranging from Talk Shows & Podcasts, to ASMR to Food & Drink. However, its most popular non-video game category is “Just Chatting,” where viewers come to chat with streamers in real time.

Twitch is thriving in large part because of the personalized streamer-viewer relationship its live streams create—a connection most sites don’t offer. As Twitch continues to broaden its offerings, it is poised to become even more mainstream in the future.

Microsoft acquired the video game live-streaming platform Beam in 2016, renaming it Mixer in 2017. Between the third quarters of 2018 and 2019, Mixer’s hours watched more than doubled to 90.2 million, CNN reports, while Twitch’s number of hours rose 11 percent to 2.55 billion. Still, Mixer seemed to have hit the jackpot when Ninja signed a deal on Aug. 1 to stream exclusively on its platform—gaining more than 2.4 million followers so far.

Twitch is still Gen Z’s favorite streaming site, and Ninja’s star power hasn’t yet been the game changer many expected for Mixer. But with live-streaming’s most famous personality on board for multiple years, Mixer has a chance to make big gains.

Of course, you never know what might grab Gen Z’s attention next. As history has shown, there’s always something exciting and ready to burst onto the scene to win the hearts (and time) of any next generation.

However, you can count on these three platforms to keep us captivated for the foreseeable future. If you want to find us, that’s where we’ll be. 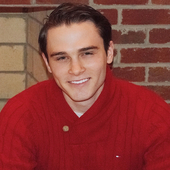 Michael Pankowski is a student at Harvard University and head of Crimson Connection, a Generation Z marketing consulting firm run by Harvard students