5 best practices for companies that want to do it right
READ THIS NEXT
After Texas school shooting, the ad industry must move people to act, Pedro Lerma says
Credit: iStock

Consumers and investors care about a company’s environmental, social and governance factors, making it a hot topic in corporate boardrooms. A recent survey from Crowell & Moring asked in-house counsel, sustainability professionals, compliance professionals and other decision-makers how their companies are communicating and advertising their ESG efforts beyond what is legally required. More than half said they are publicly sharing key environmental issues their companies are focused on, forward-looking targets and goals, data showing environmental performance and more. None of this is required by law, which surfaces a new category of risks.

The new trend of ESG-centric advertising may be garnering new attention for brands. But it is also leading to a new generation of lawsuits.  Consider the following real-world examples:

An oil company launches a campaign to highlight its worldwide efforts to reduce carbon emissions. It has been sued in the D.C. Superior Court by an activist group, which alleges that its advertising about clean energy production misleads consumers into thinking that clean energy is a major priority for the oil and gas giant, despite its continued substantial investments in fossil fuel production and relatively small investments in renewable sources.

A shoe company publicly trumpeted its progress on corporate diversity. This led to a shareholder proxy fight by activists seeking to force the company to make public its detailed internal diversity and equity statistics—a proposal that ultimately failed at the shareholder meeting.

A soda company labeled its bottles as recyclable, only to find itself embroiled in a lawsuit in California State Court by activists seeking to hold the company liable for the impact of plastic pollution on state waterways and even though the company does not control the recycling process.

A grocery chain procures and advertises certified, sustainably farmed fish only to find itself a defendant in multiple cases alleging that the fish are not as “sustainably” farmed as claimed.

Each of these advertisers sought to publicize voluntary actions to further ESG. Yet, the return on their campaigns was not just a lift for the brand—but multimillion-dollar false advertising lawsuits.

Shouldn’t companies be able to make measurable ESG improvements and then tell consumers about them? What’s wrong with advertising that a company’s practices are “new and improved,” even if just by a fraction?

Many of the same companies now touting ESG advancements are the same ones that are often being pummeled by activists, the press and sometimes also the courts—barraged by hundreds of cases attacking their marketing. The PR notoriety can take many years to overcome. Rather than receiving kudos for making improvements that no law yet requires, these corporations often find themselves on the wrong side of the verdict in court cases alleging false advertising.

The risk of getting sued for publicly touting incremental improvements is fast becoming a hallmark of the emerging ESG doctrine. Increasingly, U.S. corporations are adopting ESG standards and practices that go well beyond what the law would require. Yet many companies have not aligned their internal reporting and review structures to determine what they can say publicly about those efforts. ESG professionals may have a better handle on what their companies can measure, support and say than the legal department, which can sometimes mean that in-house counsel are left out of the review chain. When this happens, it can leave brands exposed to significant risk.

It has never been good enough to defend accusations of false advertising by arguing that the challenged statements are literally true. Most cases are based on alleged omissions of material facts—so-called failure to disclose.

Thus, in the hypothetical case of an energy company that devotes 10% of its portfolio to renewable production, an advertisement that focuses solely on that express fact might be accused of creating a misleading picture as to the overall carbon-reduction efforts the company is undertaking. Often, complaints also allege that accompanying imagery (e.g., sunsets, birds and forests) contributes to the misleading net impression. So, while consumers might be accustomed to hearing that a new variety of paper towels is 10% more absorbent, such incremental improvements in the area of environmental protection are more novel and confusing.

These kinds of difficulties can be compounded by challenges in measurement. The U.S. Federal Trade Commission has established “Green Guides” to help advertisers determine some aspects of how they report environmental performance. But increasingly, these Guides do not cover the kind of forward-thinking efforts that customers are demanding and brands wish to communicate. There are a plethora of new consultants and standards for assessing and reporting environmental and social progress. None of them are officially endorsed by the FTC. We have seen companies, in good faith, hire expensive consultants to measure and support claims, only to learn in court or after receipt of a demand letter that the consulting study or report was not bulletproof protection against litigation.

What’s a good company to do to reduce legal risk in the face of such uncertainty? Here are five best practices:

First, while advice to “be honest” is a cliché, it has a particular meaning in this context: It is fair to advertise about accurately measurable improvements, but this should best be done along with providing honest and genuine context.

Second, to the extent the claim is novel, it should be qualified with reference to metrics or uncertainty that can put the statement into context. This might mean providing a short and plain qualitative statement that informs the viewer of the relative significance of the improvements. This is not to say that ads about ESG should sound like drug advertisements, where featured benefits are swiftly counteracted by a recitation of adverse effects. Rather, the qualification can be as simple as this: “We still have a way to go, but [improvement] is a great start on the road to [goal].”

Third, of course, where there are well-established standards for communication, these should be used. Typically, advertisers evaluate the risk of new campaigns by looking to established laws, regulations, orders and court decisions as a guide to avoiding liability for false advertising. This is not the end of the matter, however, as a new generation of media-savvy ESG activists is calling for ever-bolder ESG advancements. For them, incrementalism is not good enough, and they may act out against companies that advertise small improvements while being opaque regarding how far they still have to go.

Fourth, blanket reliance on third-party certifications is no longer a panacea. A new genre of litigation targets those who use certifications and the certifiers. These cases may be brought by upstart activists who seek to move the needle and who view “mainstream” environmental groups and certifiers as insufficiently rigorous. Any advertiser seeking to use a certification should kick the tires on the certifier and understand the benefits and limitations of the certification, and should consider the risks with open eyes. They should add qualifications, if necessary, to the use of any certification mark.

Finally, in this fast-paced communications environment, advertisers need to monitor social media and complaint activity for early warning signs. Not only will steadfast attention help avert PR disaster, it will help the company avoid the compilation of thousands of unresolved complaints “in the file,” which will make it appear unresponsive to the very consumers that may one day bring a lawsuit. 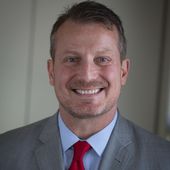