Management lessons from the world of wrestling
READ THIS NEXT
Opinion: Want stronger creative? Find the story in what you're selling

If you watch WWE, you probably don't like me very much.

I'm the character you love to hate. I'm maniacal, I intimidate everyone around me by threatening their job security, and every now and then I have to remind my employees exactly who I am by slapping them across the face.

That's right, I'm downright vicious. And the louder the crowd boos, the more I love it, because it means I'm doing my job. That is to say, I'm doing my job in the ring: I'm portraying the villain and setting the stage for our heroes to rise up and overcome the adversity I so eagerly put in their paths. 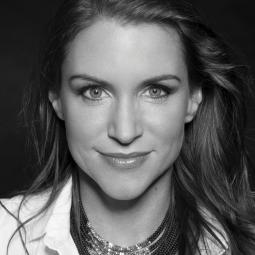 My job outside the ring is just a little different. As chief brand officer of WWE, a global media company with a market cap of $5 billion, I'm responsible for overseeing brand strategies, growing our global footprint and overseeing partnerships within the sports, media and entertainment industries. I'm also mom to three girls (ages 12, 10 and 8), and wife to wrestler and actor Paul "Triple H" Levesque. In other words, in "real life" I'm far from the character I play on TV. But it's amazing how performing in front of a live crowd for nearly 20 years can reinforce the traits that work best when it comes to mangement skills and leadership. Here are just a few of the lessons I've learned while being a horrible boss in the ring and how doing the opposite helps me be the best boss I can be outside of it.

One day my character was in the ring berating a 7-foot-5, 500-pound WWE superstar known as The Big Show. In the ring, that's what I do no matter the wrestler—and the audience eats it up. But not even 24 hours later, I was encouragingly pumping up a room full of Special Olympics athletes. And later that same week, I gave a measured brand presentation to an audience of 300. While not every leader goes toe-to-toe with The Big Show, the lesson is the same: Every audience is different. Whether you're presenting in a boardroom, having a strategic discussion with your team or marketing to your consumers, you need to engage each audience in a different manner for the best results. (Though no matter the audience, you should be entertaining and use storytelling as a means to make your goals and messages relatable to your target.) From a consumer standpoint, data and analytics can only enhance your ability to know what your customers want. If you know your audience, you can move them to action by finding out what motivates them and adjusting your message accordingly.

In the ring, my evil boss persona is inspired by "mistakes," such as thinking efficiency rules over human connection and living by the mantra "that's your problem." That doesn't work in the real world.

WWE is a family business. Growing up watching my father, WWE CEO Vince McMahon, work with employees at every level of his company, which included giving his full attention to everyone from the custodian to a high-level executive, helped teach me the value of treating everyone as if they were a trusted relative. Let people know they matter and that you believe in them, and they will outperform every metric.

This is something that works both in and outside the ring. In the ring, I'm mean, yes, but I'm also raw. And outside in the real world, it helps business leaders—who are often seen as unapproachable—to be raw, too. It gives you something every leader needs: the ability to relate. When people find out you have everyday problems—that you get depressed, that you've gained a few pounds, that you didn't get much sleep because your kids were up half the night—it lets them see you in a whole new light. It also sends a signal to those around you that they too can bring their authentic selves to work.

When I first became chief brand officer, I was given a lot of advice about how to tame my natural persona. I was told not to talk about my kids, for example. But I came to understand that bringing my whole self mattered, particularly to colleagues who are traditionally underrepresented in the workplace. Many employees feel that they are leaving crucial pieces of themselves at home just so they can blend in. Social scientists like best-selling author Adam Grant have proven that the first step toward building trust, whether at home or at work, is a willingness to be vulnerable. When you bring your full self, you don't hide what makes you human, and it means others can too.

Pretending to be evil is what put me on the map. But it's the lessons I learned while playing that character that have provided me with a path forward. This I know: You need to get in the ring and take your bumps. Earn the respect of your employees and your customers every day.

Stephanie McMahon
View all articles by this author