4 strategies that can improve brand relationships and increase ROI
READ THIS NEXT
Connecting with Hispanic consumers—how brands can communicate with authenticity
Credit: iStock

When it comes to gender equality in media and advertising, great strides have been made over the last several years. Thanks to effective initiatives from organizations including the Association of National Advertisers and Geena Davis Institute, women are better represented in advertising and portrayed in increasingly non-traditional ways.

But this is just the beginning of the journey and a lot remains to be done—including in the authenticity of gender representation. According to the ANA’s SeeHer and Getty Images, 56% of women say they don’t see themselves reflected in women they see in the media. That percentage is even higher for women over 50 (79%), according to YouGov.

One of the most widespread problems is stereotyping—which limits truly original thinking and work.

Stereotypes can help us make sense of the world when we are overwhelmed by the flood of information we have to process. They are useful and often necessary. But they also create unconscious prejudices we carry from a very young age. It’s easy to see how they can negatively affect behavior and judgment.

To address this imbalance, the ad industry has spent a good deal of time abandoning old stereotypes, but might have inadvertently created a troublesome set of new ones.

Many ads depict strong, resilient, bad-ass women who excel at sports, lead businesses, make discoveries as scientists or create wonders as engineers. Do those ads represent reality or jump from one end of the femininity spectrum to the other—as if trying to compensate for years of misrepresentation? How authentic and how common are these new portraits? Where are our mothers, sisters and neighbors—caring, soft and sensitive but not indecisive and weak?

Another element to consider is that the traditional binary view of gender is increasingly challenged. Today nearly 4 in 10 Americans believe that there are more than two genders, according to PewResearch. With that, traditional/outdated gender representation in media and ads is even more harmful.

It’s been well documented that, when ads authentically portray women, there is an increased likelihood of a positive impact on long-term brand relationships as well as short-term behavior. SeeHer’s study revealed that ads and programming that realistically portray women and girls have on average a 30% higher ROI. A 2021 Ipsos study, “Women in Advertising” concluded that “Brands have the power to drive change in our society, and we see in the data that doing good for society is also linked to doing good for brand growth.”

How do we break free from stereotypes and think in new, original ways? How do we authentically portray women, men and anyone else on the gender spectrum?

The good news is that unconscious bias is something that can be overcome—by acknowledging it, making a conscious to avoid it and challenging the way we think about gender. Here are a few steps we can take to decrease stereotypical thinking:

Show up to work as a human first, then a marketer. Is the culture of your organization or team a safe space that allows people to bring their authentic, often messy self to work? Fear and judgment limit our creative thinking.

Pay attention to the creative teams’ makeup. Are there women on the team? People of color? People of various generations and diverse cultural backgrounds?

Train yourself and your teams to recognize the bias. There are consultants that help others learn how to spot our biases and shift mindsets.

Explore the tools that organizations have put together to help the industry get it right. They include SeeHer’s Inclusive Storytelling Guide, Spellcheck for Bias from the Geena Davis Institute and USC and the Diversity, Equity, & Inclusion Imagery Toolkit from Citi and Getty Images.

Decisions we make when creating ads affect not only our clients and their businesses but society at large. Ads quickly become part of the culture and with that comes responsibility. Advertising has the power to change how people think about gender roles and, at the same time, help shape the way we view one another. Geena Davis’s famous quote, “If you can see her, you can be her” is not limited only to women. 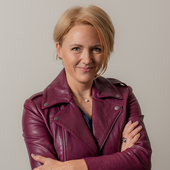