How brands can reduce the environmental cost of digital campaigns

It’s time for advertisers to turn the tide before it washes us all away
READ THIS NEXT
Where is the equity when it comes to agency-client relationships in a changing America?
Credit: iStock

Marketers are keen to show investors and consumers how they’re helping cool down the planet—but digital advertising is an unexpectedly carbon-heavy business.

While sustainability has long been a point of contention for out-of-home advertising—where sellers of billboards have been pressured to use recycled paper and environmentally friendly ink—for digital advertising the sustainability topic is poorly understood and largely untouched. In fact, the internet now represents almost 4% of global emissions. That’s more than the global aviation industry—and is reportedly on track to double by 2025.

Not all internet emissions are caused by digital advertising, but it is a major contributor, leaving a hefty carbon footprint. A typical online ad campaign emits 5.4 tons of carbon— approximately a third of what an average US consumer produces in a year. But what can advertisers do to cut the carbon footprint of their digital ad campaigns? Here are three ways:

When distributing digital campaigns, the file size of the assets a brand serves directly impacts the carbon output of the ads. Higher file sizes result in higher energy requirements for the ad to be served and loaded on an end viewer’s device. This means it’s one of the fastest and easiest ways to directly save carbon in media. So, the 3 R’s:

Remove: Ask if an aspect of an ad is really needed. For example, is a custom font really required, or could one of the hundreds of fonts pre-supported by various browsers/devices work just as well? If so, that’s an asset that won’t need to be loaded, saving up to 2% of an ad’s carbon footprint.

Reduce: Of remaining assets, how can they be made smaller? Remember, ads appear much smaller on a digital page, so that ultra-hi-res version probably isn’t needed. The more the weight of assets is reduced, the more carbon saved. I’ve seen file sizes compressed by as much as 80+% without a compromise in quality— helping drive better UX for the viewer through faster load times.

Recycle: The production and transfer of a new creative asset generates greater carbon emissions. So, consider the whole supply chain, from ideation to delivery. If there’s an opportunity to repurpose or reuse a quality piece of existing creative, why not try it? Not only will it help to make branding more consistent, it can vastly reduce advertising emissions.

Blocking campaigns from running in 2 a.m.-to-5 a.m. graveyard slots has saved ad dollars from being wasted at low attention times. However, when trying to reduce carbon footprint, this same tool can also slash the emissions of campaigns.

As a general rule, the busier an energy grid is, the less efficient (and more carbon-intensive) it becomes. So running just 5% of campaigns during non-peak times can have a significant impact on the amount of CO2 emissions they generate.

To help, the Energy Information Administration publishes data on when different regions consume the most energy, with the key times varying by state and season.

Of course, brands still want to maximize attention for campaigns during peak hours, and don’t want the 3 a.m. slot no matter how carbon-friendly! But delivering even slightly outside a target state’s biggest consumption hours can have a huge impact on carbon footprint.

While the advertising industry is collectively bracing itself for cookiepocolypse, brands and agencies have invested significant amounts of time and energy in developing stronger relationships with their publisher partners and understanding the audiences available to them. Publishers have also become much better at articulating this data.

With more site data available to advertisers, they now have the power to select the greenest delivery options. By prioritizing deal lists or publisher groups that are able to demonstrate their journey to net zero, brands can fund cleaner media and reduce the carbon footprint of campaigns. The key questions to ask include whether the campaign will run on green servers, the average number of ads per page and what ad types are most common (the higher the number and bigger the formats, the more carbon output).

Climate change is real and happening fast. A Pew Research study published in 2020 found that  67% of Americans think the government is not doing enough to reduce climate change, with 64% saying that protecting the environment should be a top priority.

Every industry has a role to play. It’s time for advertisers to turn the tide before it washes us all away. 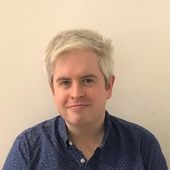 The future of in-housing is hybrid—and punk rock

How to get identity right for streaming media advertising

Why human values are a crucial lens for brand purpose