Five things to know about an expanding and diverse population
READ THIS NEXT
Working through a recession—5 ways agencies can ensure sustainable growth
Credit: iStock

The power of Hispanic audiences and their significant influence on the U.S. economy is more evident than ever. According to the World Bank, Hispanic consumers generate a gross domestic product of approximately $2.6 trillion. In addition, the buying power of this group rose by 80% from 2010 to 2020.

Despite the importance of Hispanic audiences, many brands still fail to relate to and represent this community. Only four in 10 Hispanics on average feel very understood by brands. With less than half the Hispanic audience feeling acknowledged, many brands are missing out on a huge market opportunity by not knowing how to connect with this expanding and diverse population.

Given these overwhelming disparities in representation, marketers have the responsibility to create opportunities for improvement. Here are some cultural touchpoints to guide better marketing for Hispanic audiences:

One size does not fit all

Advertisers need to see beyond demographics and understand the nuances of Hispanic consumers to create campaigns that speak to them authentically. The Hispanic audience is not a monolith, and certainly not one-size-fits-all.

There are many perspectives, backgrounds and cultural nuances to consider when speaking to these communities. Marketers need to understand these values to create better advertising campaigns that connect with these audiences.

Hispanic adults are more likely than non-multicultural adults to say they want to identify with “mainstream” creatives more. Advertisements that authentically depict cultural creative elements that convey a deep understanding of Hispanic consumers can be more compelling and impactful since they’re more relatable.

Marketers can even reach Hispanic audiences on a more granular level by focusing on where they reside since geographic location plays a big role in influencing the cultural differences among Hispanic communities.

Not all Hispanic audiences speak Spanish. The truth is that this consumer segment tends to combine and transition between Spanish and English in their daily lives or speak English exclusively.

In 2019, the Pew Research Center reported that 72% of Latinos ages 5 and older spoke English proficiently, so we can deduce that Hispanic consumers aren’t necessarily needing to be targeted with ads in Spanish to be impacted.

In fact, Hispanic consumers are likely to utilize both languages at home, the combination of Spanish and English is commonly known as “Spanglish.” Although Spanglish is technically not an official language anywhere, its use is growing more and more. Spanish Academy estimates that approximately 40 million people in the U.S. use Spanglish.

"Spanglish" is an intimate experience amongst the Hispanic community. When brands invest the time to understand the combined language and showcase it as part of their brand story, they create a stronger tie with the audience as it is heard and understood.

Hispanics are a relatively young demographic

Hispanic consumers are relatively young, digitally savvy and culturally motivated. Those younger than 18 make up 35% of the demographic in the United States and those younger than 34 make up 58% However, only 10% of respondents to the Hispanic Perception Study respondents accurately estimated how young the Hispanic segment is in today's population.

This lack of knowledge about the age of Hispanic consumers can result in bias and misinterpretations when carrying out campaigns focused on this audience.

With 62.1 million Hispanics living in the U.S., representing 19% of the population, this audience is transforming demographics and culture by their increasing contributions to the economy. However, there are still significant gaps between advertisers and these consumers. Brands must incorporate Hispanic marketing practices into their core business to create relevant messages that consider cultural diversity to guarantee long-term growth. Through these efforts, we can push for substantial change in accurately depicting Hispanic audiences with the authenticity that resonates in meaningful ways across all markets. 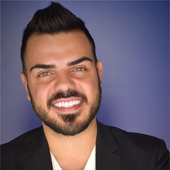 Gerry Ramirez is VP of partnership development at My Code.

Working through a recession—5 ways agencies can ensure sustainable growth