In study of 6,000 campaigns, those that skimped on courage performed considerably less-well than those that swung for the fences
READ THIS NEXT
Consumer privacy predictions—how marketers will be affected in 2023
Credit: iStock

For 50 years, the Effies has recognized and celebrated the world’s most effective marketing. To commemorate the half-century mark, we partnered with Mark Ritson, marketing professor at Melbourne Business School, to analyze 6,000 winning submissions in an effort to learn what makes marketing effective.

It was a massive undertaking, yielding reams of data that we are still scrutinizing. But in terms of what separates the most-effective advertising from the rest, a number of key factors are already rising to the top—culminating in bravery.

Our data clearly show that campaigns whose approach to testing the boundaries is a little tepid perform considerably less-well than those aggressively pushing the envelope. If you want to stand out with consumers today, you simply can’t skimp on bravery.

Of course, nothing in marketing is that simple. Here’s a look at the top-line results of our analysis:

Curb your objectives
We’ve all worked on campaigns with a mile-long list of objectives. Our analysis revealed that the most successful campaigns had an average of only two objectives. Campaigns with one objective scored fairly low on effectiveness; but adding a second objective nearly doubled that score. But effectiveness actually began to dip after that, gradually declining with each objective added. Evidently, maintaining focus on specific outcomes increases the likelihood that those outcomes will come to fruition.

Mass delivers better than target, but…
It’s one of the great debates of advertising: Is it better to go after all consumers in a category through large-scale, accessible brand-building campaigns, or to hone in on a specific segment with a highly targeted message? As it turns out, mass delivers better than target—but target is still essential. The most-effective campaigns we found relied on a combination of the two.

Keep it up
As digital and social channels have made it easier to turn campaigns on and off, we have seen an uptick in submissions for campaigns that have lasted less than six months. This is unfortunate, as our data clearly shows that longer campaigns yield greater results. And here we found no plateau effect—the longer the campaign, the more effective it is likely to be, with no discernible limit.

Be different
Distinctiveness versus differentiation is another of those seemingly perennial marketing debates. But our data comes down clearly on the side of differentiation. Focusing on differentiation provided a campaign with nearly exponential lift in effectiveness. The more your advertising seeks to differentiate your brand, the more effective it will be.

Turn up the channels
The proliferation of channels can sometimes feel like a burden. But more channels equals more effectiveness. And again, this is a category in which we found no plateau effect. If you have the budget and bandwidth to manage them, adding channels can only increase your campaign’s impact.

Be very brave
Finally, we graded every winning submission from the past 50 years on bravery. Very conservative campaigns were given a score of 1, while very risky campaigns that put everything on the line were given a 5. The results were fascinating: It turns out that brands and agencies are better off being conservative than a little bit brave. Campaigns with a score of 1 did pretty well; the 2s performed the least well, with the 3s and 4s faring only slightly better. But the 5’s were off the charts. The truth is, if you want to create effective work, your safest bet is to take the biggest risk.

This is easier said than done in our current environment, where complexity, clutter and volatility conspire against any brand trying to break through. And it’s particularly challenging for agencies, who often fear presenting their boldest ideas to risk-averse clients.

But every brand and every agency will occasionally face a moment when bravery is called for. It’s my hope that our research will inspire the people making those calls to summon their courage and swing for the fences. 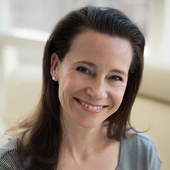