Opinion: 4 ways brands can use behavior change fundamentals to grow in the new normal | Ad Age
Skip to main content
Sign In Register

Zeroing in on specific consumer habits to shift can have the greatest impact
READ THIS NEXT
8 ways Netflix can reimagine modern advertising
Credit: iStock

If nothing else, the pandemic has been a lesson in adaptability. Overnight, we changed how we live, travel, socialize, go to work and school and, of course, how we buy stuff.

A McKinsey analysis showed the adoption of e-commerce accelerated by 10 years in the first 60 days of the pandemic. Seventy-five percent of consumers reported trying a new store, brand or a different way of shopping; 60 percent will continue these new behaviors. Eighty percent of first-time users of online grocery delivery were satisfied, 70 percent found the experience enjoyable and 40 percent said they intend to keep using it.

There’s a radical reconsideration underway: More of us are more open to changing long-standing habits, brand loyalties and buying behaviors. Such change doesn't endure on its own; it’s rooted in the interplay of consumer beliefs and behaviors.

Behavioral science tells us beliefs drive behaviors. When deciding whether to buy groceries online for the first time, a consumers’ previously held beliefs (“They’ll probably mess up my order”) can block them from rationally evaluating new alternatives. To meaningfully affect long-term behavior change, there has to be an underlying shift in the belief that accompanies it.

Equally important is how behaviors drive beliefs. Buying groceries online for the first time, for instance, results in feedback that affirms or changes previously held beliefs (“They got my order right. I think I’ll keep buying groceries online.”) Such feedback replaces an inhibiting belief with an accelerating belief. As the new behavior is repeated, positive feedback builds and turns behavior into habit.

Here are four ways brands can apply behavior change fundamentals to take advantage of this moment of radical reconsideration:

Start with a clear definition of the behavior you’re after

Go beyond amorphous goals such as “increase sales” to identify specific points in the consumer journey where you need to focus. During the pandemic, some banks smartly focused on driving behavior change among their highest value customers—encouraging seniors, who previously conducted most banking via phone and in person, to rapidly migrate to digital platforms.

It worked. A CIBC study showed a 250% increase in new sign-ups and logins for digital banking services among consumers 65 and older during April 2020 alone. A year later, on the other side of the pandemic, seniors are among the most satisfied of all segments with online banking. Zeroing in on specific behavior to shift allows a brand to unpack consumer beliefs at play and have the greatest impact.

Identify the inhibiting beliefs you want to replace

Humans are capable of embracing inconsistent beliefs and sticking with them in the face of all evidence and reason. In the case of the movie business, the inhibiting belief was that theater chains are critical to a film’s success, with exhibitors enforcing a three-month window between theatrical release and streaming.

The pandemic erased that leverage and enabled studios to launch new releases directly to consumers, creating a whole new set of accelerating beliefs—the comfort of watching from home, avoiding overpriced snacks, the ability to hit pause. While the in-person movie business will return, the direct channel between studios and moviegoers is here to stay.

Advertising is just one tool in your toolbox

The most effective way to challenge an inhibiting consumer belief is through brand behavior. Every touchpoint, every stop on the customer journey, every brand action can be used to challenge, shape or shift beliefs. How can brands show up in innovative and useful ways in the new normal?

Early in the pandemic, brands from retail and restaurants to automotive and fashion rapidly shifted behaviors, including curbside pick-up to repurposing factories to produce ventilators and masks. Racial injustice also drove a surge in brand civic engagement and activism—including Major League Baseball moving the All-Star game from Atlanta to Denver to protest Georgia’s voting law restrictions.

Behavior change is the metric that really matters

Armed with a specific definition of desired consumer behavior, brands should go beyond tracking sales to understanding the behavioral drivers behind the lift. Auto dealers have long known that dealership visits with test drives are powerful behavioral indicators of intent to purchase, with approximately 25% resulting in sales.

But a recent McKinsey study found that 72% of car buyers don't think they need to finance a car in person and 55% preferring to sign and pay digitally. As the pandemic changed the traditional car buying process, dealer groups including Baxter Auto in Nebraska are seeing at-home test drives delivering a significantly higher close rate of 40%. Consideration, purchase intent and brand affinity are all important metrics, but only insofar as they lead to the desired behavior change.

Behavior change marketing isn’t new, profound or proprietary. It’s rooted in what we know from decades of using behavior change models, strategy and creativity to get at the root of negative consumer behaviors and replace them with positive ones. In our experience, the same approach that’s helped tackle smoking cessation, suicide prevention and opioid addiction has proven to be just as effective in getting consumers to switch banks, try the organic mac & cheese or pick up a lottery ticket.

What is new is this moment of radical reconsideration among consumers and the unprecedented opportunity for marketers to use it to their advantage, creating “new normal” habits that consumers won’t want to break. 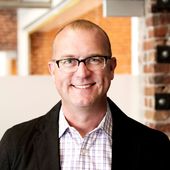