Following a historic year in the fight against racial injustice, eliminating racism is now firmly on the agenda of almost every organization. With this is mind, the We Are Pi team has spent the last two months talking to some of the most important figures in the anti-racism movement. We wanted to better understand where we’re truly at and what advice to give leaders looking to create change. The results are contained in our report, The Cultural Uprising.

We were immediately faced with a stark truth: Black people are feeling deeply burned out. Almost everyone we spoke with was feeling the effects of a lifelong struggle and a traumatic year. Many are feeling little sense of optimism and are in search of a clear and uplifting path forward. Many of us are feeling it, too.

Most people haven’t fully understood this burnout, its underlying causes and what to do about it. Without doing so they are in danger of actually exacerbating a situation that they hope to improve. We believe our findings inform a more positive model for how organizations and brands can foster an anti-racist environment in 2021.

For those of us who are white, we look back on 2020 and see difficult but important progress. We might be encouraged by the widespread social media outing of racism, the majority support for Black Lives Matter and the commitments to change from organizations across the world. For those of us that are Black, however, the experience has been very different and often emotionally debilitating in nature.

Sophie Williams, a prominent anti-racism activist, described her experience this summer as “feeling entirely helpless” following the deaths of Brianna Taylor and George Floyd. Most Black people were horrified to see how far we still have to go as a society, and exhausted at the idea of having to carry the burden of it once again.

Lou Jasmine, a Black photographer and director, put it plainly, “When the protests were happening this summer, so many of us came out and said ‘you know what, I'm tired. I'm so tired.’ Black people have been protesting and processing for years.”

Many well-intentioned companies misunderstood the emotional landscape. As a result, their first move was to ask Black employees to take a leading role in educating the company and driving anti-racist efforts. While these decisions were often made in good faith, their impact simply increased stress on Black staff members struggling to keep their heads above water.

In order to not make the same mistakes again in 2021, it’s important that marketing leaders understand that Black burnout runs much deeper than one tragic summer. It’s a deep fatigue that comes from the burden to fight racial injustice constantly falling upon the people that suffer from it. It comes from being bombarded with images and stories of violence against Black people with little signs of hope. And it comes from the sense that Blackness, along with other cultural identities, is welcome only in certain spaces and must often be covered up.

Making space for joy amid the struggle

Many of the people we talked to have been seeking out and making space for forms of joy and hope among all the struggles. Jasmine, for example, created an Instagram series titled "Black Joy," where she posted images of Black people in her everyday life. “The feed got shared with a lot of people, and it ultimately served as a form of respite for those of us who needed some time out from all the trauma,” she says.

This deficit in depicting Black joy links to a broader issue that Blackness is something that is celebrated only in certain areas of life, including pop culture. Most Black people feel as if Blackness isn’t welcome everywhere and must be "toned down" in order to fit into certain spaces.

Blackness is perhaps least welcome in the workplace, where Black people feel a need to "act white" in order to be treated fairly. Having to change the way you carry yourself in order to increase the comfort of those around you is an exhausting exercise that further feeds Black burnout.

In many industries the problem is made worse as standards of success and what excellence looks like are set in place by mostly white decision makers. This forces Black and non-white people to adapt to white standards or risk being entirely overlooked.

We talked to chef and food writer Zoe Adjonyoh about how prevalent the issue can be in an industry dominated by the subjective standards of French tire company Michelin. “Success and attainment have only been shown through this one lens. But who created that standard? And for whom? It wasn't for me,” Adjonyoh says.

The most progressive organizations now claim to have moved beyond "color blindness" to welcoming diversity and inclusion. But in reality, they have so little understanding of Blackness and how much white culture inherently polices it, that little has changed. These organizations may see themselves as anti-racist, but what they’re not yet is pro-Black.

This means going further than just policing racist behaviors and ensuring every culture is openly celebrated, embraced and seen. There can be no avoiding the fact that if organizations want to take anti-racism seriously, they must put their money where their mouth is. Too many have assumed that Black and non-white staff know what to do and will be happy to "volunteer" their time. But these assumptions often only add to the burden and fatigue they already feel, and rarely lead to long-lasting results.

Organizations and brands need a positive vision of the culture they’re looking to create and reflect. This includes writing a new cultural D&I mission, establishing core values and creating new cultural traditions and behaviors. It’s easy to say what you don’t want people to do in your organization. It takes much more time to invest in what you do want them to do.

These basic principles are simple but not easy. They’re also the only way to truly change the tiresome reality of what it’s like to navigate Blackness and other non-white identities in society today.

It’s time for leaders to both actively stamp out racism and proactively celebrate different cultural identities. To appreciate what is joyful, beautiful and excellent about each of them, and to create an environment where everyone feels like they are free to take up space just being themselves. 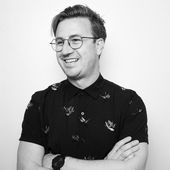 Mark Lester is head of strategy at Amsterdam-headquartered We Are Pi. 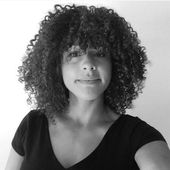 Paris Bethel is strategist at Amsterdam-headquartered We Are Pi.