Opinion: A call to arms for creative agencies

Words matter. For a decade we’ve slowly shifted our self-labeling away from the old-world, media-worshipping “ad agency” toward the stylish “creative agency.” But make no mistake: Style has nothing to do with it.

At its heart, the mantle of a creative agency is both a privilege and a challenge. It is a serious thing. It means we do whatever it takes to help brands solve their business problems. Sometimes that’s advertising. But the root task is not to be a creative vendor. It’s to be a business partner who happens to be highly creative.

Our creativity will be in dire need over the months to come. Sectors including air travel, food service, and hospitality are being hit harder than others. Other brands, including sports equipment, in-home exercise and streaming entertainment, might be more insulated. But there will be no Passover; no company will be untouched by the long reach of COVID-19.

The good news? Creative people love a good problem to solve. We live for it. The harder the rules of the game, the better we play. Agencies are the invisible hand between brands and consumers. And that touch is never more critical than during times of crisis. We’ve helped brands through scandals, hurricanes, terrorist attacks, market corrections, bubbles, busts—all manner of peril.

Starting a career in 2001, my first client was United Airlines, then handled by Fallon. The bar was never set higher than on 9/11, when one of its planes was used in the terrorist attack on the World Trade Center. Go make an ad after that.

We pulled fare sales and scrapped campaigns about business travel. We wrote strategy. Ultimately the “We Are United” campaign—reminding people why we fly—led United out of the crisis.

During the 2009 recession, the big three Detroit automakers pulled in their sails. But a Korean car company went on offense, stealing market share—and the Super Bowl—led by their fearless agency, Goodby. The now-iconic “Hyundai Assurance” program allowed drivers to lease a new car without fear of loss of income. That is a big idea.

More recently, Droga5 reinforced the New York Times’ armor, reminding us all that “The Truth Matters.”

And who could forget Wieden+Kennedy turning division into inspiration with Nike’s “Dream Crazy” work. Time after time, creative agencies have been at our best when the chips are down.

As we’ve established, sometimes the best way to solve a business problem is advertising. But in challenging times, it might be a pricing strategy. A promotional idea. A shift in supply chain, or a change in how we show up and play at retail. It might be unlocking a new consumer cohort, or conceiving a new SKU. And yes, certainly part of the task is creating leadership-level marketing communications. But start by solving the business problem.

To brand leaders, I say: If your agency is only selling you ads right now, find another agency you want to be in a foxhole with—one that fights when you fight.

To creative agencies, I say: It's time to earn our keep. 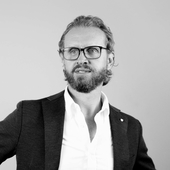 Chris Raih is founder and president of LA-based agency Zambezi.