Opinion: How TV advertising changed during the pandemic

Marketers grew more nimble and became less reliant on tentpoles, for starters
READ THIS NEXT
Reaching the AAPI community—4 strategies to connect in a genuine way
Credit: iStock

Everything changed in a matter of hours last March—and TV was no exception. In the year since the COVID-19 pandemic temporarily shut down live sports, series production and more, the TV industry is still faced with a transformed world.

At iSpot, where we track the entire TV advertising ecosystem on a 24/7, always-on basis, we’ve observed some big shifts over the past 12 months. Among the most significant:

The rise of ad flexibility

With obvious gaps in ad opportunities created by a lack of live sports early in the pandemic, networks and brands were forced to adjust to a new programming slate, constantly shifting audiences and new day parts for viewers to call “home” while stuck in the house more; for instance, daytime TV ad impressions rose over 16% in the year since the pandemic started in the U.S.

The extended lack of anchor programming altered the usual market, giving way to a more flexible exchange of ads and audiences. Scatter was suddenly a valuable commodity.

After decades of longer lead times for TV ad buys, those cycles tightened considerably given the uncertainty around programming and viewership. Brands now use more data to make decisions, and are moving from quarterly or bi-annual adjustment cycles to weekly evaluations. This kind of real-time optimization has incentivized marketers to be more agile to justify spending.

A new emphasis on audience

Without the draw of tentpole events like live sports for many months, brands had to quickly make other plans to reach intended audiences. These adjustments didn’t just include new types of programming, but also new explorations into streaming services—from the behemoths in the space to the nascent entrants.

As a result, we’ve seen more audience segment-based buying and increased demand for cross-platform measurement, because marketers want to know the net new people they’re reaching via streaming vs. linear TV.  That escalation of streaming audience share is only poised to grow with the climbing number of ad-supported services out there and a concerted decision by many networks to make ad selling a unified effort across legacy and digital properties.

Addressable ads also drafted off of last year’s evolving consumer behavior almost immediately. The result was a 26% year-over-year increase in addressable as brands grew more interested in tailoring messaging amid various levels of quarantine and social unrest around the country.

In a matter of days last year, a good chunk of TV advertising looked or felt obsolete as the country went into lockdown. Within the first few months of the pandemic, 11% of all TV ads featured some degree of COVID-related focus.

Brands also grew more cautious about striking the right tone. In February 2020, nearly 32% of ads on TV were described as “funny” by iSpot Ace Metrix survey respondents. That number declined to less than 15% in May. Funny ads, as Ad Age recently reported, have only recently begun to rebound.

Meanwhile, “empowering” spots found a tailwind. From March 2019 through Feb. 2020, just 17% of TV ads were seen as empowering by survey respondents. From the start of the pandemic until now, that number has hovered above 24%—with a high mark of 49% in April 2020.

Despite TV’s challenges over the last year, in our view it remains the most effective way to get brand messaging to consumers. And with CPMs down and data usage up in the early days of the pandemic, it invited tons of new advertisers to the medium. Across all of 2020, iSpot detected over 1,200 brands that were either first-time TV advertisers or returned to TV after a year or more away.

More ad time (9.1% more, year-over-year) and more ad-supported streaming helped fuel plenty of that expansion. Shifting priorities from brands did as well, as new advertisers and industries rose to the top.

Smart brands that could leverage their stay-at-home appeal found their audience on TV, and used ads to fuel business growth—from Peloton and Etsy to Microsoft Teams and the aforementioned delivery services.

As we come out the other side of the pandemic, advertisers are less reliant on tentpole programming. Linear remains king, but is no longer the be-all and end-all. The shift to streaming sped up considerably during the pandemic, with TV ads becoming even more targeted as a result.

The bottom line: Over the difficult past year, the TV industry has certainly matured in the face of its challenges, becoming an even more useful, agile and data-driven medium for marketers in the process. 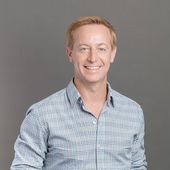