One of my favorite brain teasers goes as follows: You need to drive one mile at an average of 60 mph. If you drive the first half at 30 mph, how fast do you have to drive the second half to average 60 mph?

Did you come up with 90 mph? If so, sorry. 120 mph? Not even close. Yes, time is a tricky concept for people to evaluate. Which leads me to this:

Among the most short-sighted business decisions in the annals of TV history was the decision by TV networks to price a 15-second commercial at half the cost of a 30-second spot.

On its face, of course, it seems eminently logical: half the time, half the cost. But consider this: Should time be a linear determinant of the value of an ad? Are 60 seconds really worth twice the price of 30 seconds? Does it have twice the selling impact? Almost certainly not. But it costs twice as much—due not to an evaluation of its advertising value, but rather due to the opportunity cost, i.e. that an extra 30 seconds of time is 30 seconds the network can’t sell to someone else.

Similarly, a 15-second spot is, by all metrics other than time, worth more than 50 percent of a 30-second commercial. With a 15-second spot, the advertiser reaches the same number of people.

Studies show that the retention of a 15-second spot is well more than half the value of 30 seconds—70 to 80 percent as valuable with regard to recall and awareness, and equally effective on measures of brand likability, linkage and identification.

An undeniable truth is that the volume of advertising on linear TV—and its steady increase to, in some cases, nearly one of every three minutes of each hour—has been a key factor in the flight of audiences to less commercialized alternatives. For example, the content time of 10 episodes of the final season of “The Big Bang Theory” clocked in at under 20 minutes; a handful of them barely over 19!

Thus my proposal: a network/agency/advertiser treaty.

Advertisers agree to change the standard unit length of an ad from 30 seconds to 20, meaning, most significantly, that the delivery figure, and thus unit rates, hold as is. In return networks agree to strict limits on ad time—at a maximum of no more 20-second ad units than the current number of equivalent 30-second units they run today.

Better yet, the creation of an industry standard that creates a unit load cap. The benefit is a one-third reduction in ad time, thus creating more content time.

Networks thus keep ad inventory flat, and likely gain some delivery. Clients lose only marginal effectiveness of their ads as defined by spot length, and probably make that back or more due to more highly engaged audiences. In fact, a Nielsen IAG study showed that in prime time, 20-second ads are more effective than 30 seconds for brand recall, message recall and likability.

Rather than ease into this new world, it would likely require a “hard start,” as agencies would have to reformat or re-create commercials to this new standard length, and networks would have to edit/reformat programs—with more content; imagine that?—all at a cost.

Everyone would have to be in agreement. Clients won’t be willing or able to pay the cost of multiple “standards” of unit lengths. And some sort of industry board is likely necessary to monitor the networks to keep them honest regarding ad load, and perhaps to oversee all of this from the outset.

All of that helps explain why this hasn’t already happened. Disparate network groups with disparate interests and disparate timetables—all being negatively impacted by the same forces—have yet to realize they need to collaborate.

Linear networks have thus far taken a different approach to battling the competitive forces. They have focused on adopting, or are in the process of implementing, advanced measures to counter digital. Networks are transacting on data-driven linear deals to stay in the race against digital’s ability to target. Efforts at creating national addressable deals, and consortiums such as OAR, are dotting the landscape, but are unlikely to achieve digital’s 1:1 ad serving capability anytime soon, if ever.

Little to none of this addresses the competition from streaming video on demand. Eighty percent of homes using traditional linear also have at least one SVOD service. Linear’s big disadvantage in that consumer tug-of-war is the user experience. So it’s quite possible that tactics regarding unit load, and the resulting consumer benefit, have the potential to do more good than the combined other efforts currently being undertaken.

One thing remains clear: The industry needs to come together to form solutions. 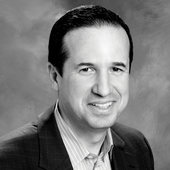 David Epstein is executive VP of content and inventory strategy for AMC Networks.