It's not the creative. It's us
READ THIS NEXT
4 ways to combat burnout and ensure that leaders of the future can succeed

Where are Career Builder's driving chimps when you need them?

It’s not just you. Empirical data shows that Super Bowl ads are less funny than they used to be. Not only are they less funny, but there are fewer of them. What gives?

Sorry to say, it’s not the ad creative, it’s us. Society has become hyper-critical and brands are walking on eggshells, often playing it safe with risk-averse (and humor-averse) messages that can be bland and, well, forgettable.

When Super Bowl ads are analyzed for humor—using natural language processing and machine learning analysis of thousands of viewer verbatim comments—we find that, while more than 80 percent of Super Bowl ads contained humor in 2013, the number dropped to fewer than 60 percent in 2019. Moreover, the average “funny score” dropped significantly from 8 points (out of 10) to 6.

Across the same time period, commercials aiming to be socially inspiring—based on a synthesis of the qualities in commercials that viewers see as empowering or exploitative—have been on the rise. In years prior to 2015, fewer than 5 percent of Super Bowl ads had a strong positive cultural impact message. Now it’s greater than 15 percent.

For years the Super Bowl was where Americans could depend on brands for the hardest laughs. Everyone expected the highest caliber humor, and advertisers delivered. Those crowned the funniest ads from game day were often deemed the most successful, with plenty of post-game buzz and water-cooler convos over the likes of Doritos’ Crash the Super Bowl campaign, E*Trade’s baby and, of course, Snickers.

However, the political and financial risk of Super Bowl reveals that the funniest ads of the year occur outside the Big Game pressure cooker. In fact, not one ad from last year’s game ranked among 2019’s Top 10 Funniest. While it’s still possible to have a funny ad hit on the Super Bowl stage, the general trend is moving from funny to more serious content—to the point where even political ads are making it onto the broadcast.

Not only are ads less funny, they are also less “politically incorrect.” Imagine running the Carl's Jr., Victoria’s Secret, GoDaddy or FTD Florist Super Bowl ads from earlier in the decade in today’s social climate. If you don’t remember their overtly sexist/sexual overtones, it’s probably for the best. It was a different time (despite being just a few short years ago) and cultural tolerance has changed radically in our highly polarized, highly vocal society.

In recent years, many Super Bowl ads tried to achieve absolute political correctness, with “socially inspiring” messages as an added safety net. In order to leverage the huge reach on game day, ads need to garner as much attention as possible—otherwise why spend the $185,000 per second? Well, sometimes getting attention requires bold and innovative thinking, imagery and storytelling.

Today, brands turn to social stances to make themselves heard. Trouble is, even stances that seem universal can cause problems for a brand—either execution fails or there are unexpected criticisms to the message. It’s a mistake many marketers can make only once.

The turning point was 2015. It was the first year where a number of advertisers started to produce empowering ads and leveraged the Super Bowl stage to push a message. It gave us Always’ “Like A Girl” among other purpose-driven spots including Microsoft’s “Estella’s Brilliant Bus.” At the time, these were novelty Super Bowl ads.

Since then, brand after brand has tried to replicate the success of “Like A Girl,'' on and off the Super Bowl stage, with their own universal-truth, message-forward campaigns. In our divided society, however, universal truths have become few and far between. The key for brands is that their message has to be authentic, and shows them walking the walk, not just pontificating.

While viewers find ads less funny, it doesn’t mean that humor is completely lost. If the teasers are any indication, Super Bowl LIV is shaping up to provide quite a few laughs. It also doesn’t mean that humor is less effective than more empowering messaging. It’s that brands need to work harder for humor to avoid social blowback and resonate with a huge number of viewers.

Where are Career Builder’s car-driving chimps when you need them? 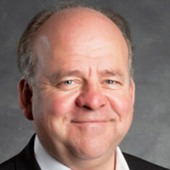