Opinion: Why buy now, pay later may be one of the biggest retail trends of 2021 | Ad Age
Skip to main content
Sign In Register

Opinion: Why buy now, pay later may be one of the biggest retail trends of 2021

The service is seeing both rapid growth and key challenges for providers, retailers and consumers
READ THIS NEXT
4 ways to combat burnout and ensure that leaders of the future can succeed
Credit: iStock

We’ve seen how much e-commerce has grown over the past year, how more people are ordering groceries online and how click-and-collect is booming. But one of the less talked-about trends could become one of the most impactful ones in the retail space in 2021. It's "buy now, pay later," which allows consumers to receive an item and pay for it in installments, with no interest or late fees if paid on time.

Buy now, pay later has been largely driven by consumer appeal and adoption. But there are three primary retail benefits as well.

It's a solution for lost revenue

According to Salesforce, up to 85% of shoppers abandoned their carts in Q2 2020. This means that as marketers, we are spending considerable media dollars to get cart abandoners to complete their purchase. Buy now, pay later can help retailers solve for this and capture otherwise lost revenue.

Klarna, one service provider, reports a 30% increase in checkout conversion rates. So, even at a transaction cost of 2 to 3%, these services can drive significant return for retailers. It is important to note that these purchases are also retaining; Afterpay reports an 8 to 18% decrease in returns for retailers.

It drives up basket size

Buy now, pay later is not only converting the shopping cart, it’s also driving up basket size. Afterpay found that retailers using the service had a 50 to 200% increase in units per transaction. Klarna reports a 58% increase in average order, while Affirm reports an 87% increase.

Afterpay also reported a 30% increase in average basket size for U.S. shoppers year-over-year this holiday season—which was defined by economic uncertainty, growth of e-commerce and concerns about receiving gifts on time. So, it makes sense that offering payment flexibility would be helpful to closing the cart. And the products that drove this growth are everyday purchases including thermal knits, socks and pajamas.

According to eMarketer, 13% of 18- to 34-year-olds have used buy now, pay later, compared with the 9% survey average. While there is growth in users of all ages, Gen Z has fueled much of its initial growth and success. This generation saw their parents experience the Great Recession and are much more wary of credit cards.

Gen Z is also experiencing the COVID-19 pandemic firsthand. According to Pew, half of workers 18 to 23 said they or someone in their household lost pay when the pandemic struck—more than any other age group. Buy now, pay later offers this generation the flexibility they want, fits into their monthly budget management and does not involve a credit card.

That said, buy now, pay later will also face a series of challenges for providers, retailers, and consumers.

The market is becoming increasingly saturated, with major banks and PayPal competing for share. These competitors have a leg up since they are already part of consumers' day-to-day financial habits.

Paying buy now, pay later vendors per transaction might have been appealing to retailers to boost sales in 2020, but eventually retailers will want to eliminate that cost. They are likely to make acquisitions in 2021 to build out their own services.

And there are risks to consumers. While they aren’t using buy now, pay later for frequent payments, Americans do have a problem with credit card debt. According to a NerdWallet study, Americans had $416.13 billion in credit card debt, or $7,027 per household, in September 2020. If they fall behind on payments, they can incur significant late fees and interest.

There is no question 2021 will be a pivotal year for buy now, pay later. Brands should study the trend carefully as they consider what it could mean for their retailing services. 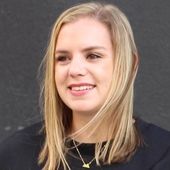