It may seem like eons ago, but when the COVID-19 vaccines were in development in late 2020, Johnson & Johnson had the biggest advantage with U.S. consumers. After decades of successful branding of its baby products, the company had established trust with people across the country.

Since the vaccines became available, J&J has also outspent its rivals, Pfizer and Moderna, on digital advertising.

Yet Pfizer has been, far and away, the big winner in vaccine brand popularity. In our survey of 1,000 consumers in April, three-quarters of consumers said they prefer one vaccine over the others. The top three cited preferences were Pfizer (36%), Moderna (19%) and J&J (17%).

How did this happen? Doctors, after all, say people should get any of the vaccines and that none is inferior. But Pfizer has won with the help of marketing communications savvy, offering crucial lessons for marketers in any industry:

Pfizer was the first vaccine to be approved for use in the United States for people aged 16 and older. But Moderna came along just a week later. And both approvals were in December, long before most Americans could access either of them, since limited supplies went to people in certain categories. The J&J vaccine received approval in February, just as vaccines were becoming more widely available.

So, while Pfizer may have impressed some consumers by being first, by the time most people were getting vaccines, all three were available. And the first mover advantage does not automatically breed lasting success. Just look at Uber, which was not the first ride-hailing app. Pfizer strategically built on its early momentum, and was careful never to cede ground.

Our survey showed that Americans had a new view of pharmaceutical brands. With so much attention focused on drug makers, people were coming to think of them in more familiar terms, akin to consumer brands such as Nike and Amazon.

As a result, consumers wanted to feel a connection to a certain brand and the people behind it. Nearly half of respondents said they want to hear more from leaders of pharmaceutical companies. And one-third said that when pharma companies talk openly about challenges they’re facing, it makes them more likeable.

This helps explain Pfizer’s success. From CEO Albert Bourla on down, company officials posted open letters, took part in interviews and wrote columns. They were open about setbacks and triumphs. Pfizer showcased its people at work in a documentary with National Geographic.

Bring consumers inside your product

Consumers today want to know and understand what’s in the products they use. They’re increasingly Googling skin care ingredients and identifying as clean eaters.

So it’s no surprise that they want to understand what’s in vaccines. In our survey, more than half (57%) of respondents said they’re now more likely to explore the science behind any medication they take in the future. Pfizer worked to explain its vaccine in digestible, human terms.

Pfizer also benefited from a rebrand that was already underway before the pandemic. It stepped up the launch, with the new slogan “Science Will Win,” along with a new logo designed to, as the Wall Street Journal put it, “demonstrate the company’s elevated scientific mission.”

This was exactly the message consumers wanted to hear. When your corporate message and your product message are in unison, the stars have aligned.

Pfizer also benefited from something that’s a sign of the times. While the J&J ampersand can’t be used in a hashtag (and #TeamJohnsonAndJohnson is long), #TeamPfizer and #PfizerGang caught on across social platforms.

Our estimates in May showed that Pfizer had about 8.6 million engagements related to the vaccine on Twitter, TikTok and Instagram, while Moderna had 1.7 million and J&J had fewer than 100,000.

Through all these steps, Pfizer also successfully rode a wave of earned media —including, effectively, endorsements from celebrities who shared their experiences getting shots. It became the so-called “status vax,” without ever claiming to be superior, which would have been a turnoff.

Of course, anything can still happen. There’s no guarantee that Pfizer will maintain its dominance. And all these companies have powerful marketing communications campaigns underway. But Pfizer remains in the lead—and we should all take note. 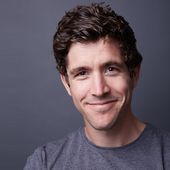