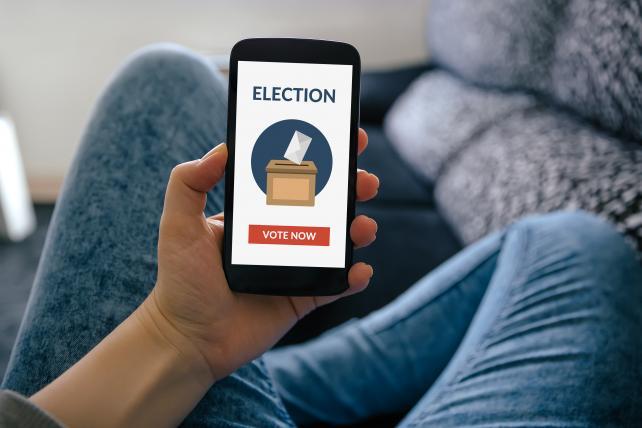 With one day to go until the nation decides the electoral outcome of all 435 House seats, one third of the Senate seats and three dozen state governorships, poll after poll confirms voters are more engaged this year than in any recent midterm election. Professor Michael McDonald from the University of Florida predicted recently that this year's election could see turnout rates "that most people have never experienced in their lives for a midterm election."

Campaigns that have embraced innovative mobile strategies to engage and turn out voters appear best positioned for success on Election Day.

In 2016, more than $4 billion was spent on television political advertising. But the tried and true saturation efforts of the past would appear to be less impactful this cycle. One fifth of all likely voters have already cut the cord to live television in their homes. Independents have led this charge with 27 percent watching zero broadcast television today.

Typical voters instead spend three times as many hours per day engaging with content outside of broadcast television and the bulk of that time is being spent in mobile environments. 58 percent of voters spend at least three hours per day engaging with content on their mobile devices. Nearly one fifth spend at least six hours every day on their smartphones. This is largely why it is estimated that this year's digital political ad spend numbers will top almost $2 billion—a seven-fold increase from the digital spending we saw during the 2014 midterms.

As Republicans try to nationalize the election and Democrats work to localize their messaging, one thing is for certain: this election will go down to the wire and as with most of the major consumer engagement shifts we have experienced in recent years, the lessons learned from the political trenches will provide important insights for brand marketers seeking to immediately re-engage with the public once the tsunami of political ads dies down.

TV is certainly not dead. It is, however, no longer the dominant medium for many of the most sought after consumer audience segments. Brands that embrace the significant shift away from traditional television and follow the consumer across the increasingly fragmented content journey they travel daily will be the real winners as the political season turns to usher in a condensed holiday shopping season.

Dallas Lawrence
Dallas Lawrence is the current chief communications and brand officer at OpenX. He was a former appointee of President George W Bush and served as a spokesman for the military coalition in Iraq during the Bush administration.
View all articles by this author