SAG-AFTRA Commercials Contracts are modernized for the digital age
READ THIS NEXT
Pride Month: How to celebrate the LGBTQ+ community without sexualizing it
Credit: iStock

The union representing actors, broadcasters and recording artists and ad industry trade groups recently ratified two contracts worth $3 billion that include major changes to how actors who appear in video and audio ads are compensated. Below, the lead negotiators of the deal explain what’s new and make their case for the changes.

The one constant in the advertising, media and entertainment industries is change. Advances in technology have not only meant new ways to reach consumers, but have required those who make commercials to adapt as well.

For the continued health of the industry, it is critical that we don’t fall into the trap of doing business as usual but keep looking for ways to thrive in a changing world.

The digital revolution has created myriad new ways for brands to connect with consumers; it has also served to highlight the enduring importance of commercial advertising. Whether broadcast to millions of people or digitally served to a niche audience, commercials allow brands to tell compelling stories to target audiences in ways that no other marketing can. Professional performers use their skills to bring these stories to life. For tens of thousands of professional actors, employment in commercials provides a meaningful income, either as their primary career or as a complement to income from stage and screen entertainment work.

More from Ad Age
The ‘fractional CMO’—inside the rise of marketing gigs that are short by design
Jon Springer
Audi of America hires Ogilvy as creative agency of record
E.J. Schultz

It’s no secret the number of commercials shot under the Commercials Contracts is less than it used to be. For many years, there has been a perception in the industry that the Commercials Contracts are too complicated and rigid, and that the complexity and rigidity create unpredictability and unnecessarily drive up costs. As a result, many advertisers often cited a preference that agencies produce non-union. This was bad for both the signatory agencies that the JPC represents and the union members represented by SAG-AFTRA.

SAG-AFTRA members want an agreement with strong protections and great rates, but those provisions are of little benefit if producers don’t use it because it is too cumbersome, inflexible, and complicated. Understanding both sides, SAG-AFTRA and the JPC worked together to find a way to meet advertising industry needs while protecting performers and, most importantly, simplifying the contract so that it is cost efficient, easy to use, flexible and reflects the evolving media landscape.

Prior to negotiations, we jointly engaged a consultant and undertook a comprehensive study on the current and future state of advertising and media. As part of the study, more than 100 people—not just performers, advertisers, and agencies, but also talent agents, casting agencies, payroll companies, and more—were interviewed. We analyzed market research to understand where the industry is going in order to anticipate and test how the Contract could be more flexible to embrace ongoing changes in the industry. With the reach of commercials on traditional network television waning and the rise of advertising in the digital medium, the Contracts would need to reflect that evolution if it was to stay relevant.

We developed multiple potential new models and ran simulations with actual payroll data to test the impact to the Contracts’ value and implications for each group of stakeholders. We tested how adjusting different Contract variables and combinations of changes to the Contracts could result in the right balance of outcomes, in terms of both financial impact and usability.

We are proud to say that, for the first time since their inception half a century ago, the Commercials Contracts have been completely modernized to better serve the needs of performers, advertisers and agencies alike. This is the beginning of a new era for creating commercials with union talent—a time where we can use a simpler and more predictable Contract with confidence, knowing we are set up for success today and in the future, even as media and advertising evolve.

All told, the Contracts delivered real gains for both sides. The industry was able to meet SAG-AFTRA member needs, including an increase in session fees, hair, and makeup equity protections for diverse members, and additional protections for nude or partially nude work. Advertisers and agencies will enjoy more predictable and affordable productions for commercials, flat rates, more options in cycle lengths, and a simplified and flexible editing structure. Both sides will benefit from the new standardization of cycles and fees across media types, which will make it easier and less costly to calculate and track talent budgets and payments.

We believe this is the contract of the future. Through a process of open communication, collaboration and a reliance on strong data and research, we have created Commercials Contracts that benefit all parties and strengthen the industry, and we have leveled up on a productive partnership. The future looks brighter than ever. 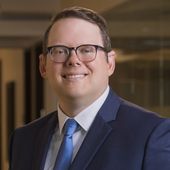 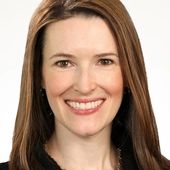