Opinion: Super Bowl ads should lead to sales. Here's how they can | Ad Age
Skip to main content
Sign In Register

Far too many advertisements during the Big Game aren't built to actually change brand preference
READ THIS NEXT
Opinion: Want stronger creative? Find the story in what you're selling 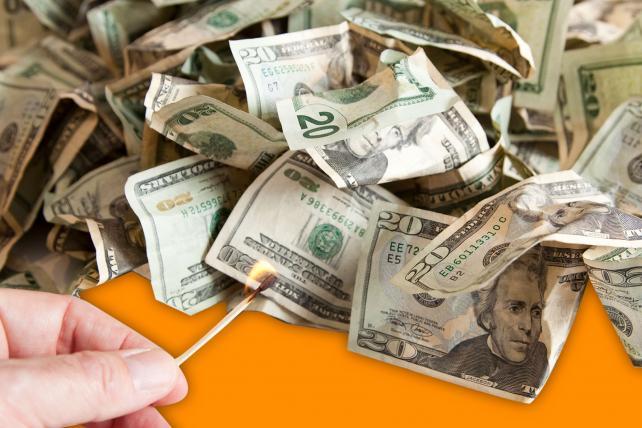 For all the incredible sums of money they pour into Super Bowl ads, corporations should expect better results.

A study found that most of those ads (80 percent) don't increase sales. In fact, because the ads often put little focus on the brand itself, viewers are actually less likely than usual to remember the product that was advertised.

These mega-commercials have been called "the equivalent of lighting money on fire" and "an expensive vanity project for wealthy companies." (Although because they can get people to associate the product with athletics, these ads sometimes deliver short-term sales boosts specifically around future sporting events.)

A researcher once found that companies with popular Super Bowl ads get a bounce in the market the next day, but only because of "irrational" assumptions that a good ad may mean good things about the company. But the effect seems to have worn off, he has since said.

Why isn't this tremendous marketing spend leading to topline sales? The biggest reason is that far too many Super Bowl ads aren't built to actually change brand preference—the key to driving sales.

For years, brands have been pursuing emotional marketing strategies, particularly at the Super Bowl. They assume that by making viewers laugh or tear up, they'll inspire consumers to buy.

It doesn't work that way. Advertising that takes you on an emotional journey far too often leaves you with no reason to buy the product.

Take, for example, a recent FedEx spot from late 2018. It showed a beautiful scene of someone walking through an imaginary space filled with his ancestors, because he had received a photo album as a gift. But the ad wasn't for photo albums. The emotional experience of the ad had nothing to do with FedEx itself. Consumers can ship a photo album through any package delivery company, and in fact would likely click whichever one is cheapest when ordering an album online anyway.

It's little surprise that this campaign did nothing to prevent FedEx from slashing its earnings expectations.

Contrast that against a now iconic ad by the Dollar Shave Club. The company's original viral video led to such a big spike in sales that its website crashed. The emotion in that piece of marketing was humor. But all the jokes tied directly into the brand itself.

An example of successful functional-emotional linkage in a Super Bowl ad is last year's M&M's commercial featuring Danny Devito blissfully lolling about in a pool of melted chocolate. The brand connected the emotion—that sense of joy—to the experience of being engulfed in creamy, swirling chocolate. It elevated perceptions of the brand and drove topline sales. (M&M's parent company, Mars, is privately held and releases limited information, but as AdAge noted, the company seemed to have gotten its money's worth out of the ad.)

Integrating your product with the emotional experience is one of four levers brands must pull for advertising to spur sales. The others are: building new positive associations among prospects; establishing expertise, and creating distinctive imagery and symbols connected to the brand.

Some people argue that Super Bowl ads don't need to lead to sales because they act as larger brand statements —a way of showing the world that they're playing in the "big leagues," just like the teams in the big game itself. As this argument goes, the goal is to become part of the "national conversation" with or without concrete results.

But that's a false choice. Advertisements must do both—make a play for attention and be effective at actually selling the product. Because if brands are going to put millions of dollars into a single 30-second ad, they should at least expect to score.

Leslie Zane
Leslie Zane is founder and president of Triggers Growth Strategy.
View all articles by this author