To engage young adults, brands should consider focusing on these three ideas
READ THIS NEXT
Opinion: Want stronger creative? Find the story in what you're selling
Credit: Chubbies via Instagram

A week before the midterm elections, a single statistic from an Adobe study raised eyebrows: 40 percent of likely voters between the ages of 18 and 37 saw no political advertising last fall. While brands already knew that young adults increasingly were tuning out linear TV and Facebook and installing digital ad blockers, few would have guessed just how hard it's gotten to reach Gen Z and millennials.

For marketers spending huge cash on these channels, it should be a wake-up call. Gen Z alone has total spending power valued at $143 billion, with overall spending of almost $100 billion, according to Barkley, a marketing and ad agency. But these generations are not untouchable. To engage young adults, brands should consider focusing on these three ideas:

These demographics are leaving Facebook and embracing the platform's sister app, Instagram. The platform has 1 billion users, in large part due to the more than one quarter of 25-to-34-year-olds using it, making them Instagram's largest cohort.

Brands that utilize Instagram unusually well include Knix Wear, Norwegian Cruise Line and Chubbies. They involve the audience in daily posts ranging from user-generated content and inside jokes to calls-to-action. It's about making the audience the star.

Men's casual wear brand Chubbies combines personality with promotions, employing humor and speaking the language of its 425,000 Instagram followers. Norwegian Cruise Line created a UGC hit with the hashtag #cruiselikeanorwegian, which has resulted in almost 32,000 consumer posts in the last few years. The typical call-to-action asks customers for feedback on their on-ship experiences to spread the word about the fun they had.

Brands increasingly have to take politically charged or culturally sensitive stands on big issues. Seventy-three percent of millennials and 72 percent of Gen Z, for instance, are willing to pay extra for products from companies dedicated to social and environmental change, compared to just 51 percent of baby boomers, according to a Nielsen study released in 2015. A brand that remains quiet about social issues could be seen as complicit and consequently shunned.

Brands are waking up to this reality. In November, Walmart, Union Pacific and Boston Scientific, among others, dropped support for the reelection campaign of Republican Mississippi Sen. Cindy Hyde-Smith over her remark that she'd be in the front row of a "public hanging." In September, Nike, going all-in with Colin Kaepernick, showed it understands its customer base, increasing the Swoosh's market cap by $6 billion.

Knix Wear combines Instagram with standing for something. The intimate apparel brand promotes a healthy sense of body-consciousness in a world that over-glamorizes skinniness.

There's growing industry focus on emotional quotient, or EQ, which is particularly crucial with young adults. Harvard theorist Howard Gardner describes EQ as the ability to understand what motivates other people and how to work cooperatively with them. When Invoca ran a survey that asked about stressful or complicated purchases, one in four respondents said EQ is the attribute they most value in a salesperson.

One way for brands to show EQ is to offer customers helpful options. For instance, buying furniture stresses folks out, so Houzz offers an AR-powered mobile app that lets customers visualize more than 300,000 different products in their homes. The app's users are 11 times more likely to purchase, and they engage with the brand three times more often than other viewers, according to Houzz CEO Adi Tatarko. Furnishr offers similar AR-powered software and adds a human touch: A brand consultant schedules a phone call with every single customer.

Adobe's study showed TV, Facebook and other online channels are iffy touchpoints for marketers (especially campaigning politicians) who want to connect with young adults. But if brands cook up the right mix of personality-minded Instagram content, core brand values and data-powered EQ, Gen Z and millennials can represent regular customers for years to come. 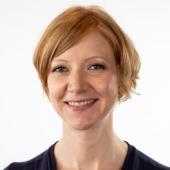