6 strategies to support with our messaging, distribution and targeting skills
READ THIS NEXT
Reaching Hispanic audiences—what boxing can teach marketers
Credit: iStock

Read or watch the news and, sadly, you see anti-Asian hate incidents are still happening in many parts of the country.

In mid-July, an Asian couple were pistol-whipped and had a watch stolen in broad daylight in a San Gabriel Valley, California, grocery parking lot. In July, a man in New York was indicted for throwing an unidentified liquid, spitting and yelling at two Asian women in a subway station. That same month, the Oregon Criminal Justice Commission reported that in 2020 and 2021, anti-Asian incidents increased in the state by almost 200% overall and that anti-Asian bias crimes increased by 300%.

In early August, an entire mini-mall of seven businesses in Little Saigon in Oakland, California, was burglarized and ransacked. And one of our former 3AF members, Greg Chew, who is a former San Francisco arts commissioner, was brutally attacked and beaten Aug. 2 just blocks from his home. The list goes on and on.

Asian Americans are the fastest-growing consumer segment, and the issue of anti-Asian hate is top of mind for us. It is critical that our community is covered in the media and that something is done about these heinous attacks.

With the country’s increased focus on diversity, equity and inclusion, luckily there is a greater realization of the value diverse segments bring to our community. This is 2022, everyone!  Attacks on anyone because of their race, culture, sexual orientation or views should not be tolerated—ever.

I am proud of our 3AF members who have taken a bold stand by organizing critical initiatives to get the word out and combat Asian hate. These include "Wash The Hate," "Make Noise Today," and "Racism Is Contagious." Our members are continuing to share on social media that attacks on Asians are wrong. However, I know these campaigns are not going to solve the problem overnight, and we all need to remain vigilant.

As for those of us in advertising and marketing, we can consider several things to fight hate:

Call upon our elected officials to enact stronger rules/legislation that make hate crimes felonies and enforce these penalties. Currently, hate crime laws in the United States are not consistent. Perhaps those who continue to prey on seniors or people of color may think twice before committing such vicious crimes.

Encourage the media, particularly mainstream media, to do a better job covering ethnic communities. As an Asian American, I often read much more about attacks in our community in Asian media, on Asian social media or by Asian bloggers, compared to mainstream media or websites. This could lead mainstream viewers/readers to think hate crimes are not an issue (i.e., “out of sight, out of mind”) when, sadly, that is the furthest from the truth.

Research what bystanders can do should they witness a crime.  Of course, use sound judgment and don’t engage the perpetrator. But, whenever possible, somehow support the individual getting attacked: draw attention away from them or at least record the incident on your phone for authorities to use later.

Vote for change. Asian American voters are a growing influential force in politics. Our voices and votes matter, and we need to make elected officials accountable. After all, there are several critical battleground states where the Asian American Pacific Islander vote is forecasted to make a difference in the upcoming mid-term elections.

As marketers, we’re all experts in defining a message, determining how to disseminate it and targeting the right audiences. Let’s remember that we have a voice, and there is strength in numbers.

We live in a country where we enjoy several freedoms. Through hard work and determination, we can live the American dream. The beauty of the United States is that so many cultures come together. Our respect for diversity should drive every single thing we do.

Everyone knows that diversity drives innovation and creativity.  Let’s put our heads together and stop hate against all people. 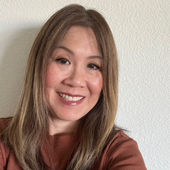