What the marijuana industry can learn from Juul’s marketing tactics

Cannabis producers must adhere to high standards
READ THIS NEXT
Pride Month: How to celebrate the LGBTQ+ community without sexualizing it
Credit: Bloomberg

Although the U.S. Food and Drug Administration in October approved three R.J. Reynolds e-cigarettes for sale, it has yet to decide whether Juul vaping products may remain on the market. But no matter the ruling, it won’t reverse the fortunes of Juul, which drove the youth vaping epidemic by employing marketing tactics that dramatically increased youth e-cigarette usage.

Register for Ad Age Next: Health & Wellness at AdAge.com/NextWellness.

Just four or five years ago, Juul was experiencing runaway success. At its peak, Juul commanded 68% of the nearly $2 billion U.S. e-cigarette market, but by 2020, its valuation nosedived from $38 billion to $5 billion. Facing numerous lawsuits, a steep decline in sales and looming government oversight, Juul decreased its workforce and pulled out of most overseas markets.

Juul’s marketing practices are at the root of its problems. And if the cannabis industry isn’t careful, history could repeat itself.

As a father who raised teenagers in Colorado in the 2010s, I saw firsthand the harm that both Juul and mass-market cannabis caused to kids. But the marijuana industry doesn’t have to follow the same trajectory. It can (and should) prioritize ethical practices in marketing that withstand government scrutiny (and allow marijuana executives to sleep better at night):

Reflect on your duty as corporate citizens

It’s not enough for the biggest marijuana businesses to publicly state they don’t sell to minors if their products harm minors anyway. Colorado reports that while underage usage of marijuana hasn’t skyrocketed since legalization, the way minors are using marijuana has shifted. The percentage of high schoolers who inhaled vaporized cannabis, for instance, rose from 5.7% in 2015 to 10.2% in 2019. And as cannabis-infused chocolates and lollipops have grown in popularity, there have been increased reports of kids being hospitalized. Because Colorado was the first state to legalize recreational marijuana, this data should serve as a warning to other states.

Ignoring the problem or trying to blame it on bad parenting isn’t the answer. Marijuana producers need to leverage ethical practices in marketing and be clear about their product offerings. Blurring the line between medicine and fun confuses kids who can’t yet make the distinction themselves. Marketing and selling intentionally discreet products such as vape pens and sweet and fruity vape flavors also increase underage usage.

Match your marketing to the right audience

Producers also need to look at where they’re promoting products. (Juul’s creative featured young models and placed its ads on youth-oriented websites.) If producers place marijuana advertising in digital spaces that teens and kids frequent, they’ll create demand among those age groups even if that’s not their objective.

At the end of the day, it’s not enough to simply avoid intentionally advertising marijuana products to kids. Companies should support parents and educators by actively discouraging minors from using their products and investing in evidence-based public health campaigns. Parents can be both customers and allies in preventing use by their kids.

Take a stand against bad examples in the industry

Like any emerging industry, the cannabis sector has its share of unethical players pursuing short-term profits. If the industry doesn’t set and adhere to its own high standards, it will be judged by these bad apples.

Too often, history shows how professionals turn a blind eye to the harm caused by the industries they represent. Remember Camel cigarettes and how the company’s advertising was linked to underage usage? Or how British Petroleum was found “grossly negligent” in the 2010 oil spill? Marijuana businesses need to consider what they want their legacies to be.

Industry leaders need to step up and set a high standard for this emerging market — or they will find themselves in the same regulatory hot water as Juul and other e-cigarette brands.

Buy your ticket for the Ad Age A-List & Creativity Awards Gala at AdAge.com/ACGala. 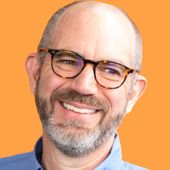 Eric Anderson is co-founder and senior strategist at SE2, a Colorado-based integrated communications and marketing agency focused on behavior change.