What memes can teach us about building brands

Memes are not only a defining part of our culture; they have the potential to influence our way forward: Opinion
READ THIS NEXT
How exceptional customer experience can scale revenue and increase consumer loyalty
Credit: Ad Age

To call the past year iconic would be an understatement. From political turbulence to the pandemic, there’s been plenty to talk about, and memes have become central to all of it. Memes have leapt from the kiddie table to the intersection of culture and commerce. And as they become more commonplace, memes carry the potential to knock traditional branding forever off its feet. Let’s explore how memes have infiltrated the business world and can be used to not only embrace change but steer your strategy through it.

Memes—badges signifying belonging and followership of an idea or narrative—are a nudge and wink among friends. They are a marker of commonalities and differences—and our social feeds are full of them. But most importantly, they turn bizarre and unexplainable trends and stories into things we can digest, connect over and share. Their familiarity has even made them a coping mechanism, giving us much-needed moments of connection and joy throughout the day.

More from Ad Age
Taco Bell has a new 'culture agency'—but what does it do?
I-Hsien Sherwood
Agencies are prioritizing mental health by taking a week off, but is it enough?
Brian Bonilla
Why T-Mobile customers might ‘shrug off’ the data breach
Erika Wheless

Memes are also shorthand for values two parties deeply share. And because of this, memes are super sticky. Memes take current stories and events and immortalize them into internet memories. These memories never go away and are re-memed into further expressions, each time reaching new followers and growing in cultural and societal influence.

Good meme-makers have turned the internet into a Master Class—no, a Ph.D.—in branding. Great memes come from an understanding of storytelling and connecting with others—and spurring others to feel something enough to take action. In short, memes can teach us a lot about the future of branding.

If you’re a business owner, chances are you've worried about selling hamburgers or health services or renting your chickens (srsly?) to future customers. I propose that the answer lies in the memes of your market. Regardless of your business, every story is meme-able. (See also the ship stuck in the Suez Canal or the influence of Dogecoin and its connections to the stock market.

Just like brands, memes are a mark of what you stand for. Like great branding, the best memes are deeply connected to your belief system and consistently answer an audiences’ question—why should we care? And just like brand strategy, memes are created to evoke everything from a sense of pride to a sense of humor. But there is another reason you should look to memes for guidance on creating a stronger brand: They drive interaction.

Take The Washington Post TikTok Guy, Dave Jorgenson. He has branded himself and built his business through memes. Jorgenson became one of 43,000 TikTok influencers who, during the pandemic, poked fun at corporate work culture through memes (and wrote a book on making TikToks.) He and other TikTok influencers even end up as memes themselves. This cyclical phenomenon is critical to the growth of the meme and its message. It is quite literally how Dave Jorgenson’s brand grew. Your brand’s growth depends on interactions in exactly the same way.

What happens when you take the power of memes and apply it to a commercial or investment platform, or both? I’m talking about Doge, the meme-powered cryptocurrency that has captured everyone’s attention ... which is exactly the point. Dogecoin lit Reddit on fire. And Twitter. And your local news station. So what made it so popular?

CNBC says the growth of Dogecoin came because people had “extra capital from stimulus checks” and popular trading apps (such as Robinhood) to spend them on. Having the means to engage and a platform to engage on at the same time is a reasonable explanation. But as to why people engage? The presence of the unique combination of interaction, transaction and meaning is a much better answer.

Billy Markus, the software engineer who co-created Dogecoin, said Doge was made famous by fans of its story. Before becoming a hot crypto-currency, Doge was a meme (famous in 2013 but based on a 2010 photograph of a Shiba-inu dog). People who participated in the meme at the time used a picture of a Shiba Inu dog accompanied by multicolored Comic Sans, representing a kind of doggie monologue, deliberately written in a form of broken English: “I can haz pancakes?” It was so popular that it was Know Your Meme's 2013 top Meme of the year.

In 2013, the cryptocurrency space was a tightly knit, technical and insular community. Markus sought to poke fun at that elitism with an irreverent appeal. “We wanted to make a community that was more fun, lighthearted and inclusive,” Markus told CNBC—meaning interaction and transaction at the same time.

Markus used a meme, bound it to a cultural trend, linked it to something commercial, leveraged a community to tell the story and the rest is history. Meme-ifying his “joke” cryptocurrency worked, and it is why the Dogecoin community is still engaged: They have a brand, tied to an (irreverent) value system and it powers Doge’s growth to this day.

In the thick of fast culture

Should your business be using memes? Yes, but you will need to be in the thick of fast culture: Do you know what your audience is sharing and what memes help them tell their stories. Don’t just keep a pulse on today’s trends, but anticipate them by staying on top of any “unusual signals” drawing attention in today’s markets.

Try putting a social engagement team on your next branding or innovation project. Meme culture is ever-changing, and your brand’s cultural landscape is filled with memes to track, understand and discuss. Your social strategists and influencer engagement teams live this view of customers every day. The insights they will surface will surely open your eyes.

Become your own cultural zeitgeist. Sounds like a feat? It is. But if it were easy everyone would be doing it, but they’re not, which means you now have an advantage.

Memes are not only a defining part of our culture, they have the potential to influence our way forward. 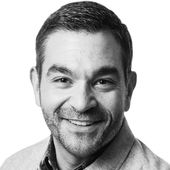