Why the metaverse is a user experience challenge for brands

Marketers will need new skills because designing assets and interactions for 3D is complex and new to most users
READ THIS NEXT
Advertising in a downturn—4 strategies for a brutal budget season
Credit: iStock

There will be one metaverse. Not several and not none—exactly one. And every brand will need to design and establish a metaverse presence. But it’s not here yet. Only its precursors are.

Practically speaking, beyond existential questions about the metaverse, what will experiencing it feel like for consumers and business users? And should brands design and establish their presence in the metaverse today?

The debate is still raging about whether the metaverse will require decentralized autonomous organizations, NFTs or other Web3 elements. But what’s clear is that it will be spatial and 3D—unlike today’s web, which is mostly 2D flat.

That means brands will need new skills, processes and technologies, because designing assets and interactions for 3D is much more complex than for 2D, especially since many of the interaction mechanics will be new to most users. At minimum, the position and orientation of their devices in physical space (whether it’s a smartphone, a tablet, a pair of AR glasses or a VR headset) will be core to the experience, unlike in familiar web and app experiences.

More complex still: Interacting with 3D spaces and objects will require new design patterns that, for now, are still emerging and therefore wildly inconsistent from one 3D app to the next: gaze-and-commit, air-tapping, pinch-to-select, snap-to turning and many more.

These user experience challenges are major, and they’re why extended reality (XR) experiences now attract mostly gamers and techies—highly motivated users willing to endure steep onboarding and irritating friction. The industry will coalesce around de facto standards over time, however, just as it has for mobile apps that use touch screens, gestures and other features that once felt unfamiliar.

Your advertisement in one of these metaverse-precursor environments might spark a consumer’s interest and get them to engage with it, but you have no way to then enable them to move from your ad to any other environment where you may have established a presence. You would have to create a separate presence in each of these precursor platforms.

It’s as if an ad on Facebook could lead only to a Facebook page, not to your branded site on the web. These metaverse precursors are like islands—not part of an interconnected metaverse.

And this isn’t only about ads. Retailers have no way to let shoppers hop from looking at a 3D representation of a product on their virtual store shelves to the relevant brand’s presence to learn more—unless it’s also on the same island. Businesses in financial services, media and every other industry would be similarly stranded. That’s a fail. And until it is possible for content creators to interlink from anywhere to anywhere on this 3D layer of the internet, there is no metaverse.

Imagine if instead of the web, we still lived in a world dominated by siloed online services such as AOL, CompuServe and Prodigy. Almost none of the massive opportunity and growth that has occurred on the web would have happened. Why? Because of Metcalfe’s law: One web is more valuable than many “mini-webs” that don’t interconnect. That’s the motivation behind some of the early efforts to remedy this problem, such as the Open Metaverse Interoperability Group.

So what’s a brand to do in the meantime? If you’re highly risk-averse, wait and see. But the smarter course of action is to begin experimenting with creating XR experiences in some of the metaverse precursors now. Why? Because doing so will familiarize you with some of the very new and different skills, processes and technologies required so that you have a head start on surviving and thriving in the metaverse as it emerges.

As you get started envisioning XR experiences in preparation for the emergence of the metaverse, the most important principle to abide by is: Be empirical. Don’t rely on anyone’s speculation about XR experiences; try them and get your desired customers to try them. While some users will find XR appealing and others won’t, XR experiences are a radical departure from the familiarity of today’s websites and apps. So it would be a perilous mistake to trust anyone’s enthusiasm or skepticism about XR unless they have direct experience of XR—whether those judgments are from yourself or from colleagues, customers, analysts, journalists, survey respondents or research study participants. 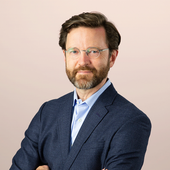