The good news about data

If you’ve read the headlines over the past year, it’s hard to ignore that the consumer relationship to the digital advertising industry is strained. Data breaches, offensive content and bad targeting have eroded public trust in what we do and often reflect poorly on brands associated with these incidents.

Admittedly, there is plenty of clean-up to do regardless of what corner of the industry you are in. That said, little is publicized or widely known about the positive impact that data has on the digital experience for consumers and brands alike.

Many focus solely on what the consumer sees: the offensive content, the irrelevant ads, etc. But what about content that the consumer can’t see? Content that could very well have a positive effect especially for those in marginalized communities?

Consider Vice Media, the transformative, youth-centric communications company that prides itself on providing a platform for a diversity of voices but whose content was unwittingly being barred from the consumers and brands for whom it had the most appeal.

Vice investigated more than 18 months of blacklisted keyword data and found that terms including “immigration,” “interracial,” “Muslim” and “gay” were often flagged as objectionable, regardless of context—in some cases, more often than words like “rape,” “heroin” and “gun.” As a result, many young people weren’t seeing content that painted them in the most positive light—and likewise, brands weren’t always getting the full picture when it came to that content.

So Vice launched the first contextual brand safety solution for video, powered by Oracle Data Cloud. Vice now feeds all its videos to Oracle, which then analyzes captions to determine the subject and theme of a video, assigning each with a brand safety score.

That score is reported to Vice, which adds it to a video—meaning that whenever a video plays on the Vice website, advertisers can more accurately decide which content is suitable for their brand. And simultaneously, marginalized communities who already suffer from a lack of positive content representing them aren’t further hidden in our digital world.

The rise of data-driven context solutions protects brands from being correlated to actual unsafe content, which has continued to be a major pitfall for marketers. A study last fall by IPG Mediabrands, Magna and others found that many consumers view ad placements in negative content as an intentional endorsement of the content. What’s more, when consumers assume an ad placement is intentional, they are nearly three times less willing to align with that brand.

Equally important, contextual intelligence tools have value beyond just protection from unintentional negative associations. Having more control over contextual environments presents opportunities for brands to capitalize on situations that will make an intentional positive impression on consumers.

Situational context is where an unexpected situation or trend pops up to create the perfect moment for a brand to connect with a captive audience. For example, when there was a power outage at the Superdome during Super Bowl XLVII in 2013, Oreo masterfully created an ad with a fun and witty tagline, deployed it at the right moment via social media, and it went viral.

Power out? No problem. pic.twitter.com/dnQ7pOgC

As relevant as the above-mentioned Vice example is, to the consumer it is somewhat amorphous, and many will never know they are affected by it. There are many more active and tangible threats that impact the consumer daily that data is helping to mitigate:

“DrainerBot,” a far-reaching mobile ad fraud operation enabled by millions of downloads of infected consumer apps, was uncovered by Oracle this past February. The apps can consume more than 10GB of data per month by downloading hidden and unseen video ads, costing both consumers and advertisers. “On all those impressions, it looked like the advertiser was running ads on legitimate mobile websites,” Dan Fichter, VP of software development at Oracle Data Cloud, told Ad Age at the time. “Not only were they not on a website, they were on an invisible web browser.”

Ad fraud of this type and many others costs advertisers about $19 billion a year, but rarely do we see something uncovered of this magnitude hitting consumers directly in their wallets.

Advertisers have never faced such a minefield when it comes to safeguarding their brands. And we’re at an inflection point with the consumer to improve tarnished digital experiences. There’s plenty that needs to be fixed, but let’s not be so quick to make data our digital bogeyman. In the right hands and with the right intentions, data can improve the digital experience and make a positive social impact.

Oracle Advertising and Customer Experience (CX) offers a suite of applications that connects all your business data across advertising, marketing, sales, commerce and service, going beyond traditional CRM to help you create, manage, serve, and nurture lasting customer relationships. With Oracle Advertising and CX, you can build a complete view of your customer and their every interaction—no matter how, when, where, or with whom they engage. Empower your entire business to deliver exceptional customer experiences—from acquisition to retention—and everything in between. 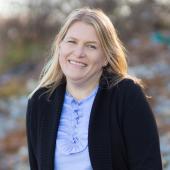