Despite continued focus and effort by the digital advertising community, fraud continues to plague advertisers and technology platforms. It’s an ever-evolving and costly problem that is set to rob advertisers of $44 billion globally by 2020.  While digital marketers are well aware of bad actors conspiring to steal their media budgets, the average consumer remains largely unaware of the threat.

That changed this past February when Oracle uncovered “DrainerBot,” a far-reaching and fraudulent mobile ad operation enabled by millions of downloads of infected consumer apps. These apps can consume more than 10GB of data per month by downloading hidden and unseen video ads. Not only did advertisers pay for impressions that were never seen by a human, but consumers were paying hundreds of dollars for data they never used while their device batteries were being drained by apps running in the background. This was one of the very first advertising fraud attacks that crossed over from the advertising ecosystem to the consumer landscape. “Mobile app fraud is a fast-growing threat that touches every stakeholder in the supply chain, from advertisers and their agencies to app developers, ad networks, publishers and, increasingly, consumers themselves,” said Mike Zaneis, CEO of the Trustworthy Accountability Group (TAG), at an industry briefing.

There are many types of digital ad fraud, but this specific version is called invalid traffic. And invalid traffic is an equal opportunity thief, affecting advertisers who lose dollars from impressions that aren’t served to a human, publishers who lose revenue when advertisers jump ship from not realizing ROI, and now consumers whose devices have become hosts for this activity.

As it relates to DrainerBot, this type of invalid traffic is actually called sophisticated invalid traffic, or SIVT. As the advertising landscape becomes more sophisticated, so is ad fraud. Whereas in the early days of digital, bad actors were relegated mostly to bots and click farms, we’re now seeing things like location manipulation, invalid proxy traffic, malware and cookie stuffing. Much more than intervention to detect and prevent, this newer, more sophisticated fraud requires advanced analytics, multi-point corroboration/coordination, and significant human intervention to analyze and identify.

Protecting against fraud with transparency

So how can we stop this from happening? Marketers now have more channels and data than ever to reach relevant audiences more efficiently. But reaching relevant audiences online won’t matter if those audiences aren’t actual consumers. The first step is sophisticated data-driven measurement technologies that protect against fraud with transparency. For all parties to realize ROI on their spend, ads should be seen by someone who is not a bot on viewable inventory, adjacent to safe content.

Oracle’s Moat measurement solutions can detect sophisticated fraudulent activity in real time by examining signals at the impression level on ad engagements. By analyzing data on hovers, interactions, and touches on mobile and scroll velocity, Moat can separate valid and viewable impressions from invalid, non-human interactions.

Aside from partnering with the right measurement provider there are steps that those in the advertising supply chain can take to prevent fraud and increase their advertising efficacy. First, ensure that you are measuring a cross-section of metrics that are tied to your business outcomes. Second, there are independent industry bodies that are dedicated to solving the fraud problem. For example, TAG is a cross-industry project dedicated to the elimination of ad fraud that publishes a list of compliant companies who span the advertising supply chain. If you are considering doing business with a provider, check that they are on this list. Advertisers should talk with publishers they are considering working with to find out what their SIVT prevention methods are. The IAB’s Ads.txt is another project dedicated to eliminating fraud throughout the programmatic landscape for publishers and distributors. Third, learn more about the types of invalid traffic that exist and how to prevent them in this white paper from Oracle Data Cloud, The Essential Guide to Protecting Your Ad Spend from Invalid Traffic.

Oracle Advertising and Customer Experience (CX) offers a suite of applications that connects all your business data across advertising, marketing, sales, commerce and service, going beyond traditional CRM to help you create, manage, serve, and nurture lasting customer relationships. With Oracle Advertising and CX, you can build a complete view of your customer and their every interaction—no matter how, when, where, or with whom they engage. Empower your entire business to deliver exceptional customer experiences—from acquisition to retention—and everything in between. 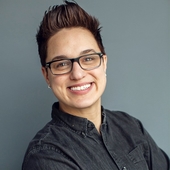 Tara DeZao, Director of Content and Creative Services for Oracle Data Cloud is in her 5th year of leading a team of creative marketers for the organization. Prior to joining Oracle, she cultivated a successful career in the marketing departments of both startups and leading enterprise technology companies. She holds a BA from the University of California at Berkeley and an MBA from the University of Massachusetts at Amherst. When not driving content and creative strategy for Oracle Data Cloud she writes for a variety of publications, is an avid podcaster and enjoys exploring the Pacific Northwest with her wife and son.