Frozen treats have been hot sellers during the coronavirus pandemic
READ THIS NEXT
How Sesame Street is broadening its reach
Credit: My/Mo

Before the coronavirus pandemic hit, My/Mo Mochi was making sure grocery stores had freestanding freezers stocked with its balls of sweet rice dough stuffed with ice cream, and hosting in-person sampling events to make a name for itself.

The brand, it turns out, was already gearing up to launch an alternative that was seemingly meant for COVID-19 times: individually-wrapped balls.

“There is nothing better than an experience for the brand,” My/Mo Mochi Ice Cream Managing Director and Chief Marketing Officer Russell Barnett says on the latest episode of Ad Age’s “Marketer’s Brief” podcast.

Even before the pandemic, the brand was thinking about ways to wrap the product, which it makes in Los Angeles, for sanitary reasons and to provide information such as nutrition and allergy details.

“Last year we knew that the Mochi Bar as a concept, which was loose balls sort of stacked up, was really not something sustainable,” says Barnett.

The bulk of My/Mo's sales come from six-pack boxes, which are sold next to ice cream novelty items such as Klondike bars and Magnum pops. Its freestanding freezers are like self-serve billboards. The company has spent the past few months filling those “Mochi Bar” freezers with wrapped products. And, in its latest expansion play, it has gotten new two-serving packages into 7-Eleven. 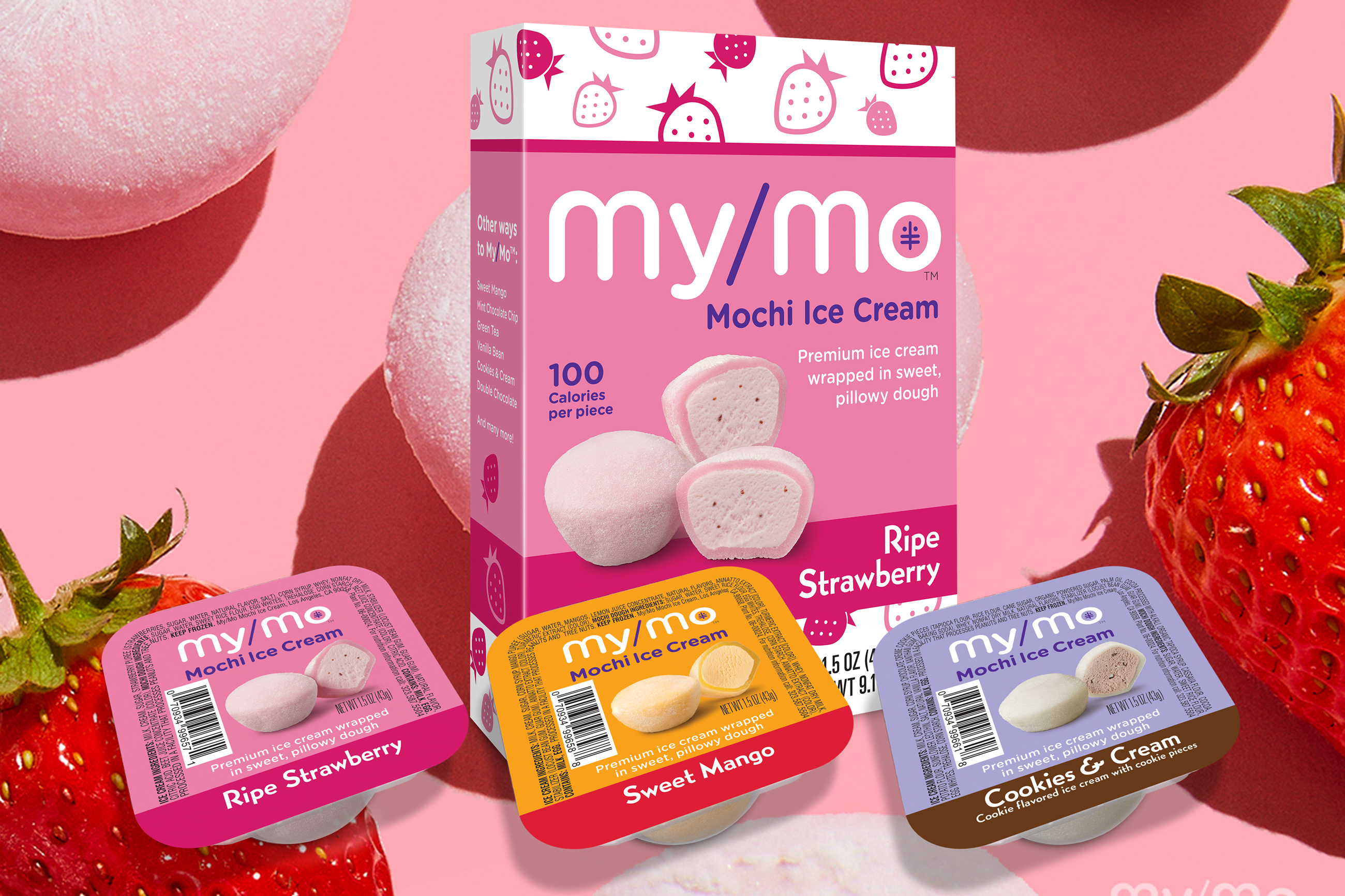 My/Mo holds a commanding lead in the mochi ice cream category, where Barnett says it controls 80 percent to 85 percent of the market. It is growing rapidly but holds a small fraction of the frozen novelties category. Frozen treats have been hot sellers during the pandemic. Overall sales of frozen novelties jumped 15 percent to nearly $5.7 billion in the 52 weeks ended Aug. 9, according to IRI, a Chicago-based market research firm. Its data show that My/Mo Mochi’s sales soared 80 percent to nearly $60.8 million during that period, giving it a 1.07 dollar share.

“We’ll eclipse $300 million in retail sales in the next couple of years,” says Barnett.

For comparison, IRI says sales of Klondike bars were more than $356 million in the recent 52 week period.

The company has had some foodservice deals at colleges and in some businesses but those types of settings have largely been shut down this year. Next up, it may expand into other dining arenas.

“We are actively looking for a restaurant partner,” says Barnett.

How Sesame Street is broadening its reach

How 7-Eleven is using influencers to boost its brand

How Lexus is targeting younger buyers

How the U.S. Army built a modern-day marketing practice

How Signet, the owner of Kay and Zales, is courting younger shoppers

How Kraft Heinz is renovating Oscar Mayer and other older brands