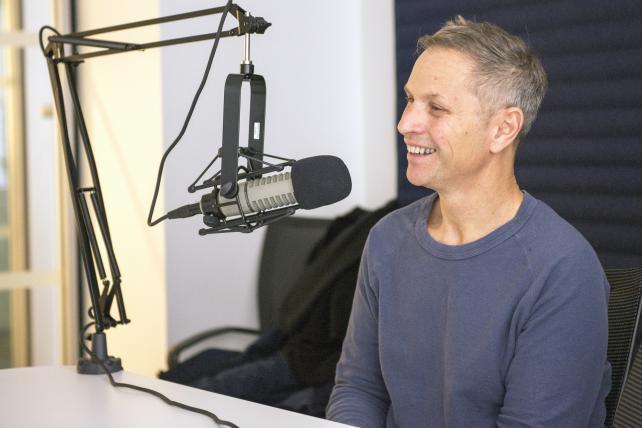 In a special edition of our Ad Lib podcast, we speak with Adam Moss, the editor of New York Magazine, who has been tapped as this year's Ad Age Editor of the Year as part of our Magazine of the Year honors.

"The Oct. 16 50th-anniversary issue, along with a just-published retrospective book, 'Highbrow, Lowbrow, Brilliant, Despicable: 50 Years of New York,' serve as vivid reminders of how essential the glossy has been not only to its hometown, but to American social, cultural, political and media history," Simon Dumenco writes in his tribute to Moss and his magazine.

But New York is more than just a mag.

New York Media, the magazine's parent company, now has a revenue base that is 64 percent digital—and under CEO Pamela Wasserstein and Publisher Avi Zimak, digital ad revenue is on track to rise double- digits by year end. The flagship NYMag.com website, and its sub-brands including Grub Street and Vulture, draw a monthly audience of unique visitors that has grown to 20.6 million—up nearly 25 percent year-over-year. E-commerce and events bring in other healthy revenue streams.

We discuss those tentacles in the podcast. New York has constructed a house of brands in a way; its individual topic-focused standalone sites are narrow and go deep, allowing the publisher to address well-defined audiences.

"The magazine itself is a general interest magazine, so it does food. It does politics. It does all these things," says Moss. "It was also true we had launched Grub Street as a hub for the restaurant listings, which were a big part of what the magazine did. So that sort of defined it as a food site. Once you have something defined as a food site it became very obvious that you would start to create verticals that were truly vertical. We learned that's a lot how audiences want to consume digital information. They're much less general interest oriented. They're much more targeted in their interests."

This evolution—equal parts ad hoc and deliberate—perhaps should have been mirrored by other similarly venerable titles. Rolling Stone, another magazine turning 50 this year, is currently up for sale. Time Inc., which struggled to adapt to new realities, was sold between the time this podcast was recorded and the time it was posted.

It's not just the landscape that's changed. By the very nature of the industry's tectonic shifts, Moss's day-to-day has had to change, too.

"What constitutes editing is now completely different than it used to be. It used to be you actually worked hard on a given story. I seldom have time to do that anymore. A lot of it is managing the whole shebang and making sure we're going in the right direction and making sure we hire the right people," he says. "We're small, we're a family-owned company, so we can afford to be pretty nimble."