The Power of Cute: What China's Hottest Snacks Brand Can Teach You | Ad Age
Skip to main content

READ THIS NEXT
Subscriber Exclusive: May 11, 2020 issue of Ad Age 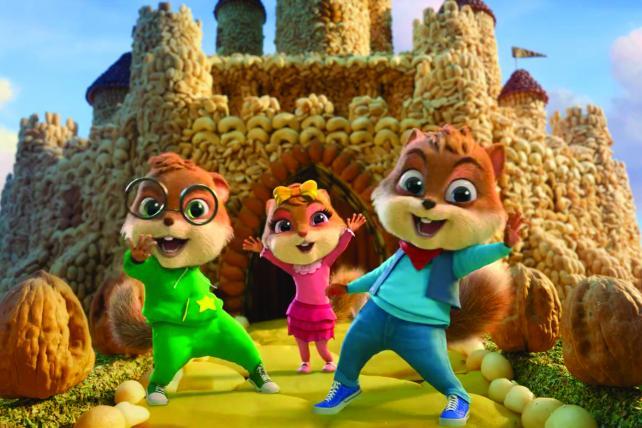 Three Squirrels, a fast-growing Chinese e-commerce brand that sells nuts and snacks, uses cartoon squirrel mascots on its logo and in animated commercials reminiscent of "Alvin and the Chipmunks." But the adorableness doesn't stop there; the brand is relentless in pushing cuteness to new levels.

Customer service employees play the role of pet squirrels, addressing shoppers as their "owners." On social media and at work, employees use squirrel-related nicknames. Ad Age exchanged eight emails with an employee identifying himself as "Squirrel Nine" before discovering his real name.

That strategy may seem cloying to some, but cuteness scores with Chinese millennials. And in a country where many companies still struggle to market themselves, four-year-old Three Squirrels has gotten attention for skillfully transforming an agricultural commodity—nuts—into a sought-after youth brand.

"They have a very strong brand that talks to a very specific audience—teenagers—and they push it to the extreme," said Alex Misseri, senior VP-retail and commerce at Publicis.Sapient China. "The imagery and language go really far—you don't buy a product, you 'adopt' one of the squirrels."

In 2015, its third year of existence, Three Squirrels—which owns no factories or farms—had sales of $370 million. Nuts are a popular category for China's increasingly health-conscious consumers, and Three Squirrels is the top-selling snacks brand on Alibaba's Tmall, where it's been beating out Western snack brands including top chocolate players like Mars' Dove, Ferrero and Hershey. Three Squirrels is also tough competition for Planters, the 100-year-old Kraft Heinz brand that just introduced itself in China.

Three Squirrels' success online matters because e-commerce is growing so quickly in China—up 33.3% in 2015 from 2014, according to the National Bureau of Statistics; that's much faster than the rate of retail growth in general at 10.6%. E-commerce composes about 12.1% of all retail sales in China. In a country of 1.37 billion, brands need to figure local e-commerce out, and upstart Three Squirrels has done it better than giant international food conglomerates with vast resources.

Last year, during the Nov. 11 e-commerce shopping bonanza that was launched by Alibaba as a Chinese version of Black Friday, Three Squirrels sold almost $39 million dollars worth of products in 24 hours. For this Nov. 11—called Double Eleven or Singles Day—the brand aims to sell about double that.

Online, Ad Age bought a package of Three Squirrels hickory nuts with a hint of cream fragrance for $5.70. It arrived 18 hours later, and the package was full of thoughtful touches. There was a small plastic knife to slice open the delivery carton, a packet of wet napkins, clasps to close the foil packet and a paper bag for shells. All were emblazoned with squirrel cartoons offering funny messages for their "owner."

"In digital, it's not just about, 'Can you get an initial sale?' or 'Can you get a repeat sale?' but 'Can you get people talking about you?'" said Christopher Corkery, Shanghai-based principal in the consumer goods practice at Strategy&, part of PwC. "That's what they've done really well."

Laurel Gu, a research director focused on food and beverage at Mintel China, said the cute factor alone wouldn't be enough; what sets the brand apart is mixing in humor and innovation in interactions with customers. "That creates a 'wow' effect," she said.

Ad agency execs have been watching Three Squirrels for clues about what works in the Chinese digital space, a challenge for many big Western players. Yet, like many Chinese e-commerce startups, the company doesn't work with ad agencies, PR manager Yin Xiang said. The company created its logo and concept in-house. It chose squirrels for their love for nuts and because the founder, Liaoyuan Zhang, realized children's tales often featured groups of three, as in "The Three Little Pigs."

The company is based off the beaten path in Wuhu, Anhui province, a nearly three-hour train ride from Shanghai. Wuhu is also the location for the brand's only brick-and-mortar shop, an experience center called the Three Squirrels Feeding Store.

Employees of the company get a squirrel-related nickname when they join. The founder's microblogging moniker includes the characters "Big Daddy Squirrel." The PR manager also goes by the name of "Squirrel Nine." In a country where subordinates sometimes address superiors as "boss," the squirrel nicknames help promote equality, Mr. Yin said, adding that the average age of employees is 24.

Because it's a youth brand, Three Squirrels emphasizes product placements in TV shows for millennials. It features in "Ode to Joy," a megahit on streaming websites, which centers on young women who live in the same building in Shanghai. Three Squirrels created new products to tie in with the show, calling them "Joy Nuts."

Mr. Yin suggested this year's Double Eleven preparations would be more low-key, with promotions on Alibaba's Tmall and another e-commerce site, JD.com. He also suggested the brand plans to invest less in advertising generally and more in branded content down the road.

With a local animation studio called KungFu Animation Group, it's working on a Three Squirrels cartoon program it hopes to place on Chinese TV next year, Mr. Yin said, adding, "The total cost will be lower than ads, and it might attract more young people."