When "The Late Late Show With James Corden" booked 18-year-old Indonesian rapper Rich Brian last December, no one was more surprised than Sean Miyashiro, Brian's manager of two years—especially when he found out Ed Sheeran was the conduit. "I was like, 'Oh shit, we are awesome,' " says Miyashiro, who opened 88rising in 2015 specifically for Asian talent. The combo management company, recording label, and video and digital media brand works with marketers including Sprite, Adidas Originals and Beats. It raised $4.5 million last summer from investors led by WPP, and now has 45 employees at offices in New York, Los Angeles and Shanghai. We talked to the Bay Area native (a fan of the f-word) about a company he hopes will be "the Disney for Asian culture," the appropriation of black culture and more. Our conversation has been edited.

Rich Brian debuted his single "Dat $tick" just a couple of weeks before you started working with him. You helped him promote it, and it received 90 million views on YouTube. How did that happen?

The video is funny, but the most important thing is he can rap. I showed it to a bunch of famous rappers, and that really helped. That strategy, creating supporting content to the songs, is what we think about.

You got Wu-Tang Clan's Ghostface Killah and others to appear in a video praising Brian as "dope," and Ghostface volunteered to do a remix. You had just started the company.

Honestly, we are fucking smart. With production, we are very efficient—it's like Asian efficiency. We knew all these artists were gonna be at South by Southwest, so we got all the cameras, went there and rented this old warehouse. Before the festival, we contacted everybody and scheduled them to come in at specific times over the course of two days. We made that video and a lot more too. Through that we were able to knock out a lot of different franchises.

You've done some work with Kris Wu's team. [Wu, the Justin Bieber of China, has 30 million Weibo followers.] You told them a show like "Good Morning America" wasn't "gonna do a goddamn thing for you."

Yeah it's a totally different market here. In China, it may be important to be on big shows. If these artists want to be big outside of China, you gotta start from the bottom and have music that resonates with people. That can be done across every single platform. If you end up being on "Good Morning America," that's cool, but that shouldn't be your focus. That's not where the young people are anyway; you're talking about fucking stay-at-home moms watching that shit. You want to be on Hypebeast, Genius, XXL, Complex, Noisy, all those circulations.

Let's talk about the Asian hip-hop world. Have you gotten any pushback on the appropriation of black culture?

We haven't really faced this. People from the get-go knew that we were authentic. I grew up loving hip-hop, deejaying, listening to the same thing everybody else is listening to. That's my American experience in music. Appropriation comes from appreciation. If your intent is bad or disrespectful, then it becomes a different type of thing. A lot of music and video and stuff coming out of Asia, they might like the culture, but I can see how that can be cringey, even for me.

Sean Miyashiro during 88rising's Double Happiness tour at the Shrine Expo Hall in Los Angeles this past February.

China's been cracking down on hip-hop on TV. Does that affect you guys?

None of our artists, fortunately, have to go on these big-ass TV shows. But I do think hip-hop is still, since all that stuff happened, very popular. People are still creating; you just have to be more aware of what you cannot do.

Do you have a mostly Asian audience?

Yes. On YouTube, half of the audience is coming from East Asia, 35 percent from USA and 15 percent spread over the rest of the world. But our target audience is everyone.

How did you get 88rising off the ground investment-wise?

It was quite easy. I had a conversation with a friend who later connected me with Allen DeBevoise [founder of Third Wave Digital], who led the seed round of funding [in 2015]. I was like, "Look, there are 2 billion fucking Asian people in the world. This could work. I feel like I'm a very good content creator from my time at Vice. [Miyashiro founded Vice's electronic music channel, Thump.] I know how this works. Let's fucking go." Well, I didn't say it exactly like that. [Laughs] I had a little stupid presentation, and that guy was like, "Cool, yeah let's do it." I give a lot of props to Allen DeBevoise. He's so supportive.

The beginning was easy. It gets harder and harder, especially being more of an Asian company. There's obviously responsibility and opportunity there because something like this didn't exist. We always feel like we have to be better, or try two times harder, especially in music, to be accepted. I think that people have come to respect us a lot, not just Asian people, but all people. Dude, this is a dream. I never knew I would have a company like this. I've never even been to our China office yet. And everybody's so passionate. We are so lucky.

88rising artists Rich Brian, Joji and Higher Brothers on tour in Manila this past December.

We approached them, and they were just like, "Yo, yeah, cool," and then, boom. Our China operation is based in their office in Shanghai. They have all the youth-oriented clients like Pepsi, and we are able to go in there to Pepsi and be like, "What do you want to do?"

And what did you do?

We did a Sprite commercial for the Chinese New Year in China. Ogilvy had a brief from the client and we came up with the creative and won. What was great about that was our artist [MaSiWei, a member of Higher Brothers] starred in it. He was all over television for a long time in China.

So what's next for the company?

We are going to have a music festival in L.A. on Sept. 22, and one in China in early 2019. The L.A. one is called Head in the Clouds, and we're working with Live Nation. We'll announce the lineup in the middle of May. The big thing we wanna do next is film—storytelling franchises for bigger platforms so we can continually scale from a digitally native brand to a both offline and online brand. We are also doing a global tour, called Double Happiness 2088 ["88" means "double happiness" in Chinese] Sept. 25 through November that includes 21 cities in the United States, including Barclays Center. And we will have our first 88rising album, everybody together, coming out in June. We're also looking to sign some Chinese A-list stars this year, but we're very careful who we work with. They have to be good people. We feel like we have a responsibility. Even with the artists we have now, we gotta, like, kill it with these guys. That's my focus, where my passion is. 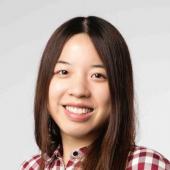 Chen Wu
Follow View all articles by this author