They Aren't Good Measurements, but Since It's Easy, Too Many Insist It's Meaningful
Jennifer Modarelli
Credit:
Jennifer Modarelli
Here we go again, marketers, calculating the value of marketing programs based on, well, nothing mathematically provable. I am constantly in awe of the ridiculous ways people use data to measure the "effectiveness" of their advertising. Since the first realization that we can actually track when someone clicks on something, it's pretty much been a race to the bottom. I am all for using proper metrics when launching a campaign. It isn't the act of measuring that 's the issue, it's what we're doing with the numbers. Our obsession with meaningless but easy-to-calculate success metrics is a bit like the guy who loses his keys in the garage but looks for them in the living room because the light is better in there.

We've got to hold ourselves to a higher standard. What we have been doing since we first started pumping up the banner click-through rate as a formula for measuring success is illogical, irresponsible and, frankly, has caused real harm to our industry.

Last year's award-winning formula for mythical metrics? The Old Spice campaign. While I concede that the campaign generated all sorts of engagement and consumer feedback and possibly lifted sales, the metric trotted out most was views. Our industry worshiped that campaign. We deconstructed it endlessly, desperately wanting to know Wieden & Kennedy's secret to obtaining millions of views. We were far less interested in how many people were persuaded to buy the product and how that was measured and reported. And we all know what happened, right? The number of video views became a success metric, even though we logically understand that it is the quality of the viewer and not the quantity of the views that matters.

Another example of math gone wild is the false belief that the number of Facebook fans your marketing program generates is indicative of its success. This is blatantly revealed in the recently released Shop.org State of Retailing Online study. When marketers were asked, "How are you measuring the effectiveness of social media initiatives that you have implemented to date?" 94% of them ranked growth rate in number of followers as the top metric. And yet when asked about the key benefits of Facebook, only 16% of those same marketers thought that fans were important. Basically their No. 1 metric is one they don't care about or believe in. It's a form of magical thinking: Marketers know fans are not a good metric, but since it's easy to measure, it must be made meaningful.

When we do this, we devalue the advertising discipline and adversely affect investment levels, because reality always catches up with us. At the end of the day, how many sales were driven by the foolish pursuit of Facebook fandom or ad click-throughs? So please stop the madness. Take the tougher route and go look for your keys in the garage, cuz that 's where they are. 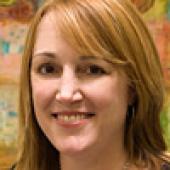 Jennifer Modarelli
View all articles by this author