Be Nimble, Be Quick, but Stay Away From Price-Point Tricks | Ad Age
Skip to main content
Sign In Register

Be Nimble, Be Quick, but Stay Away From Price-Point Tricks

Small Shops Have an Advantage That Has Nothing to Do With Cost
READ THIS NEXT
Gut Checks and Guardrails: 6 Ways to Stay Small When Your Agency Gets Big
My name is Jim and I run a small virtual ad agency. So small, in fact, that when I post here they should temporarily name the column "Very Small Agency Diary." Don't mistake small for inept, though. I'm happy to go toe-to-toe with any agency anywhere on high-impact creative solutions. And when you combine the talent necessary to solve communications problems with a high level of responsiveness, you've got the most important difference between the big shops and us.

Think about it -- creative aptitude and strategic thinking are not exclusive to agency size. So then, what is the biggest difference between a small agency and a large one? Despite the temptation to say price point (if you're competing on price point then you have no confidence in your creative or strategy to start with), for most small agencies our point of differentiation is how nimble we are because of our size. You may as well accept it -- if you're a small ad agency you're probably not going to become AOR for Kraft or Nike. Not that the large agencies can create better work, but they have the resources in place to fulfill and deploy larger-scale campaigns.

This is not to say that small agencies are stuck working only with small, low-budget clients. We're perfectly capable of securing the kind of work that helps our agencies grow and prosper, but first we must overcome any negative connotations tied to the word small. And that's why being nimble is so important. Quick response. Direct correspondence with principals. Top-level service. And a sharp creative edge. These are the benefits of working with a small agency.

A few years ago a million-dollar-per-home golf community in the North Carolina mountains contacted me about a rebrand and marketing-communications strategy to launch the new brand. They had familiarized themselves with our agency's work, and were impressed enough to invite us up to meet with them. For the initial meeting, I took only my art director. It went swimmingly. In fact, they liked us so much that they invited us back up to meet with their board of directors. They told us that we were in the final selection group that included just one other agency -- a big regional shop. The big shop wasn't a behemoth, but it was large enough to run several large accounts for regional brands. Hospitals, colleges, real estate developers, etc.

For our second meeting, I took four colleagues who represented different disciplines within our virtual agency model. The board loved us. But toward the end, they asked whether we could manage their campaign because of their size. Only, they weren't really concerned with their size, as much as ours. I was prepared for this question however, and cited examples of having effectively worked on Fortune 500 projects and smaller clients concurrently, then reinforced that if we couldn't handle the account we would have never come back up for a second meeting. We don't over-promise.

Then I gave them a blow-by-blow account of what would happen should they hire the larger agency instead of us. I told them that the big agency would send its best-looking and best-dressed to meet with them for the initial meeting, which may or may not included a token creative with visible piercings and/or tattoos. When I said this, I noticed a few of the board members look at one another with raised brows. I told them that the big agency would throw around impressive marketing speak and plenty of numbers. This time raised brows were met with nods. Finally, I told them how the big agency would throw a big party if they won the account, and a week later they'd assign junior staff to manage it.

I closed by assuring them that if they chose us, they could not only expect a level of creative that got us the meeting in the first place, but also top-shelf service from the people sitting directly in front of them. No juniors. No phone tag. Just a high level of responsiveness and a level of creative that they knew would be good. A week later I received an email informing us that we'd lost the account to the big agency.

A year went by and I received a direct-mail postcard from the golf community. It was terrible. Now I know what you're saying -- that of course I say it was terrible since I must be resentful for losing the account. But that's not it. From the pixilated logo to several misspellings to the fact that I ended up in a database for million dollar homes -- this was just poorly executed advertising. I'm guessing that the agency celebration party was a real doozy.

Nimble means doing some things more efficiently than the big shops. Efficiency is time. Time is money. Sell that, not price point. The clients you want to work with will understand the difference. 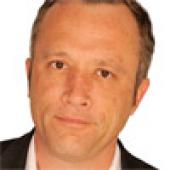 Jim Mitchem
View all articles by this author