P&G's 'The Look' was a 'divine opportunity' for creatives, says Saturday Morning 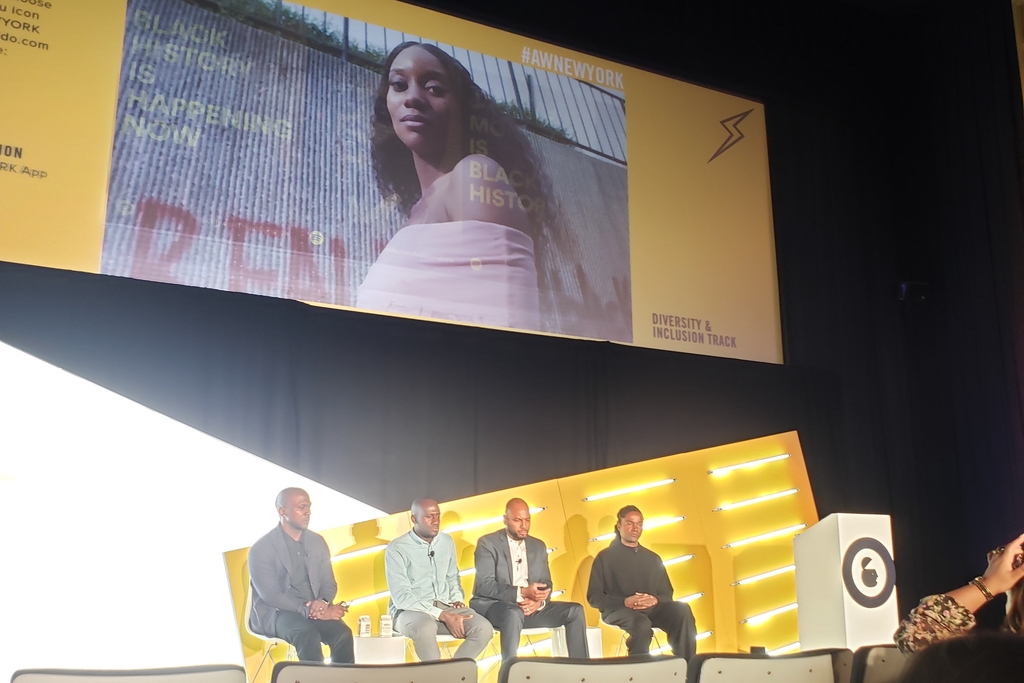 In Procter & Gamble’s brand campaign “The Look,” an African-American man deals with the continual, micro-aggressive glimpses of society as he navigates his everyday life. Saturday Morning and P&G offered sobering insights into the creation of the spot at the “Let’s talk about bias” panel at Advertising Week New York 2019.

“When we wrote the script, we didn’t think it would be relevant,” said Keith Cartwright, executive creative director at 72andSunny and co-founder of Saturday Morning. “It’s something people of color deal with every day.”

In each scene, the man experiences subtle discrimination in particular locations, selected specifically for the story. “It was important to establish the historical context,” said Kwame Taylor-Hayford, co-founder of Saturday Morning and founder of Kin. Scenes at a lunch counter and a swimming pool mirror are familiar from racist clashes during the Civil Rights Movement.

Eric T. Austin, associate brand director and global media innovation at P&G, drew a throughline from the brand’s previous work “The Talk,” which featured mothers of color but largely left fathers out of the picture, to “The Look,” which focuses on a father and child.

“As the world’s largest advertiser, we have to take responsibility for the images we put into the world,” he said. “These images can lead to stereotypes,” and those stereotypes can lead to societal consequences like violence against people of color, Austin added, before invoking Trayvon’s Martin’s name as an example of the worst kind of consequence that can befall black men.

Cartwright detailed two other projects Saturday Morning has worked on—"A Better Half,” a short film made with a predominantly African-American crew, and “A Solid Bond,” a tale of friendship complicated by society’s prejudices.

“Getting the opportunity to work on ‘The Look’ given the context of what my family went through, it was phenomenal,” said Jayanta Jenkins, co-founder of Saturday Morning, whose father grew up in the Deep South. “This is the type of work I have strived to do consistently throughout my career. It was a divine opportunity to do what I love to do.”