Employees aren't off the hook either, says Tiffany Edwards 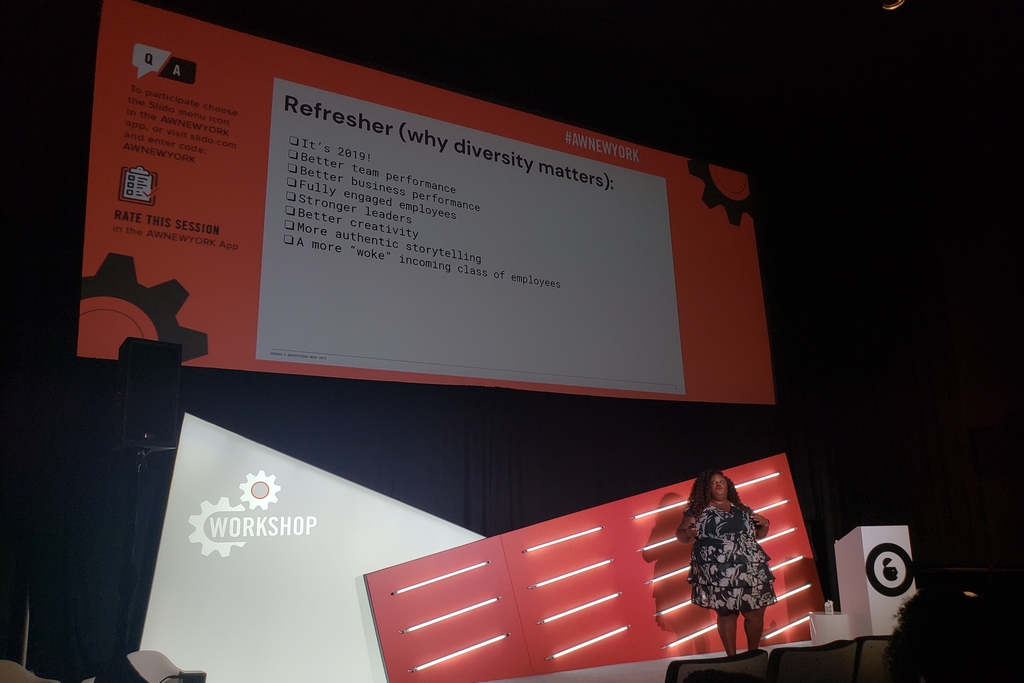 To tackle diversity issues, agency leaders and employees must work toward the same goals, but often at very different tasks. This was the central lesson of “Beyond Diversity Talk,” a workshop at Advertising Week New York hosted on Tuesday by Tiffany Edwards, engagement and inclusion director at Droga5.

“Writing a check or attending awards shows are not the only actions you can take,” she said. At the same time, people of color and members of underrepresented groups need to take initiative and stop relying on leadership or even D&I staff to make change.

First, leaders need to identify an area of diversity their organization needs to focus on initially. Edwards insisted that issue should almost always be race, an opinion she acknowledged some people might disagree with. “If race isn’t the baseline, people of color tend to get left out of the conversation,” she said, citing the women’s rights and LGBTQ rights movements, both of which have struggled with extending the full benefits they’ve gained to people of color.

And while most agencies are increasing diversity hires, they’re having trouble keeping them. “Put real systems in place for their advancement,” Edwards said, and give people of diverse populations decision-making power.

In addition, leaders need to mentor and sponsor diverse talent, and not just “people you like or connect with,” she said. One of the benefits of a multicultural workplace is learning from people we might not naturally gravitate toward.

As for entry- and mid-level employees, they need to hold leaders accountable, Edwards added. Ask what issue the organization has decided to focus on first. And act as allies to people who may be struggling with bias at work.

That might mean that white employees discuss diversity and white privilege and hold each other accountable even when people of color aren’t present. Or it could mean becoming an active and official participant in the work. “A lot of people assume you have to be a person of color to be part of a diversity committee, or you have to be a woman to be part of a women’s committee,” Edwards said, "but everyone should come into the room and join the conversation.”