LatinWorks Is Ad Age's Multicultural Agency of the Year

Shop Is at the Forefront of Making the Case That Multicultural Is the New Mainstream
READ THIS NEXT
Ad Age’s 2023 Creativity Awards—see the full juries
Next: Peterson Milla Hooks is Comeback Agency of the Year

When General Motors' Chevrolet brand slashed its U.S. Hispanic spending by more than two-thirds in early 2012 as part of a global consolidation of the Chevy business, it looked like LatinWorks wouldn't have its usual stellar year. 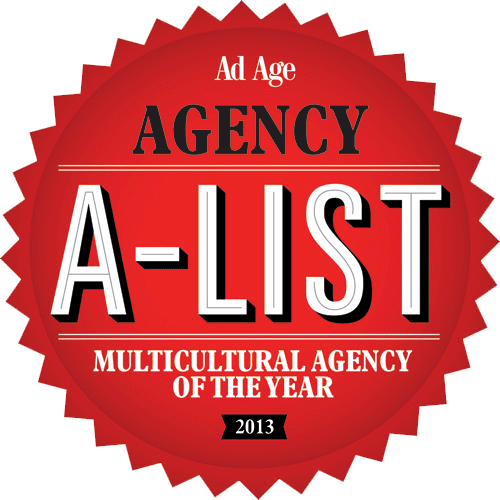 But through a combination of new-business wins and additional brands from existing clients such as Pepsi, Heinz and Mars, LatinWorks managed to end 2012 with revenue up 7%. How? As marketers ponder whether it makes sense to have both a general-market and a Hispanic agency, LatinWorks is at the forefront of making the case that multicultural is the new mainstream.

Based in Austin, the hippest of cities in the heavily Hispanic state of Texas, LatinWorks has a knack for convincing clients that in an increasingly multicultural world, the agency is the best choice to handle the total market. Both the Texas Lottery and Stripes, a small regional convenience store chain, gave the agency their entire ad accounts last year.

Blue-chip marketers, too, are beginning to tap LatinWorks to go beyond the scope of Hispanic assignments, as work targeting the demographic has become far more sophisticated than merely creating Spanish-language adaptations of general-market work.

In 2012, LatinWorks did the first Hispanic-targeted campaign for Heinz ketchup, driving sales and winning 45,000 fans for a "Somos Heinz" Facebook page. Efforts ranged from a custom hot-dog-and-ketchup-sampling truck to geo-targeted ads reminding Hispanic moms within three miles of a key retailer to buy Heinz.

The agency's Hispanic work prompted Heinz to have LatinWorks adapt its Hispanic TV creative for its ketchup to run in the general market, and to develop the work for a huge digital billboard display in Times Square in October.

Similarly, longtime client Mars asked LatinWorks for online ideas for Skittles targeting teens. The agency's weird online spot, featuring a teen afflicted by a thick unibrow made out of Skittles, is the most-viewed spot on the brand's YouTube channel.

And at a time when clients are often consolidating Hispanic media buying with their general-market media agencies, LatinWorks almost doubled the size of the media budgets it handles, and staffed up from 11 to 17 people in the media department in 2012. In total it reached 142 employees. Revenue was up 7%.

The agency is also one of the few U.S. Hispanic shops that consistently rack up hardware at the Cannes Lions International Festival of Creativity. In 2012, LatinWorks brought home gold and bronze Cannes Lions for its long-running Cine Las Americas campaign for Austin's annual Latin American film festival. Adding new twists every year, LatinWorks unearths footage of real Latin American leaders saying bizarre things, with the tagline "If this is what our reality is like, imagine our films."

Started by former Anheuser-Busch execs Manny Flores and Alejandro Ruelas in 1998 and now minority owned by Omnicom Group, LatinWorks broke into the ranks of the top 10 Hispanic agencies by revenue in 2008, and has climbed steadily, reaching No. 5 in Ad Age's Hispanic Fact Pack ranking last year.

Despite an unpromising start due to Chevy's budget cuts, LatinWorks was deeply involved in work for the brand's Silverado truck, whose Hispanic sales outpaced sales to non-Hispanic truck buyers. For most of 2012, Silverado sales to Hispanics grew by 12% while the non-Hispanic market was up by just 0.4%.