Spotify Is Ad Age's 2018 In-House Agency of the Year 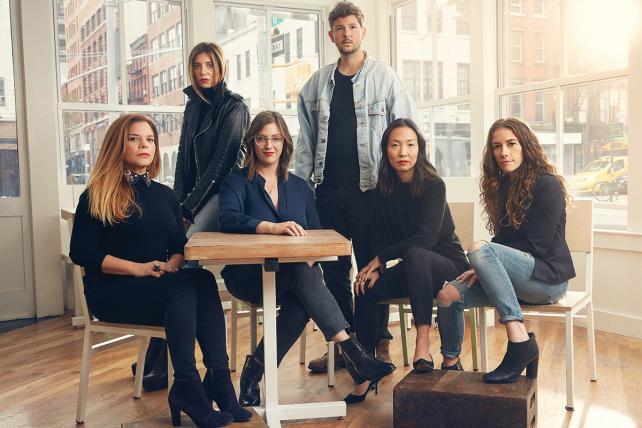 In 2017, music-streaming platform Spotify needed to look no farther than its own walls to turn out some of the year's most exciting work by any agency, in-house or otherwise.

Just a sampling of the creative team's output includes the "RapCaviar Pantheon," an exhibit at the Brooklyn Museum that honored modern-day hip-hop stars in 3D-printed Greco-Roman-style sculpture, along with a six-city RapCaviar concert tour; "I'm With the Banned," a platform to support musicians caught up in President Trump's travel restrictions; and a global outdoor campaign that turned listeners' 2017 data into ridiculous 2018 "#goals."

"We're sitting at this epicenter alongside artists, so you have to be fluid and nuanced and move at the speed of culture," says VP of Brand and Creative Jackie Jantos, who was previously global creative director at Coca-Cola.

Its well-played response to an offhand comment by President Obama was another example of its quick reflexes. The soon-to-be-out-of work president jokingly said he was waiting for his job offer from the platform, which then posted the job "president of playlists" on its site, a nod to the playlists Obama famously made while in office. Founder Daniel Ek then tweeted out the offer.

"A lot of the work is a product of freedom and opportunities that come from embracing an unconventional way of doing things," says Global Creative Director Alex Bodman, whom Jantos brought in from Razorfish in 2015 to build out the creative department. Anyone on the creative team, he says, needs to be open to receiving briefs from and teaming with just about anyone, whether it be artists, music producers, traditional agencies or Spotify execs.

Popular playlist RapCaviar became a cultural phenomenon in 2017, kickstarting careers and helping to shape modern-day hip-hop. It was "identified as a company priority to build out as a sub-brand, as something that could meaningfully connect with artists as well as our core hip-hop audience," Jantos says. So the team collaborated closely with RapCaviar's creator, Global Head of Hip-Hop Tuma Basa, and first created the brand identity with Spotify's in-house designers.

"Once we had that," says Bodman, "we started briefing on how we would map out activities that don't feel too much like marketing. How do we do things that feel more like a tribute to the culture in different ways?"

The work that followed—which also included the RapCaviar MoneyPhone, a stack of cash carved out to fit a phone, a play off the money-phone meme—was the kind you'd expect to find in the portfolios of the most innovative creative shops.

When Bodman first set out to build the creative department, he says he wanted "the industry's most audacious thinkers, who needed to be open-minded to working in a different kind of environment." Yet convincing talent to come in-house was a challenge. "It felt like I was selling an opportunity," he says. "Now I'm humbled by the people reaching out, no questions asked, wondering if they can be part of the team."

Somesuch Is Ad Age's 2018 Production Company of the Year

Margaret Johnson Is Ad Age's Agency Executive of the Year