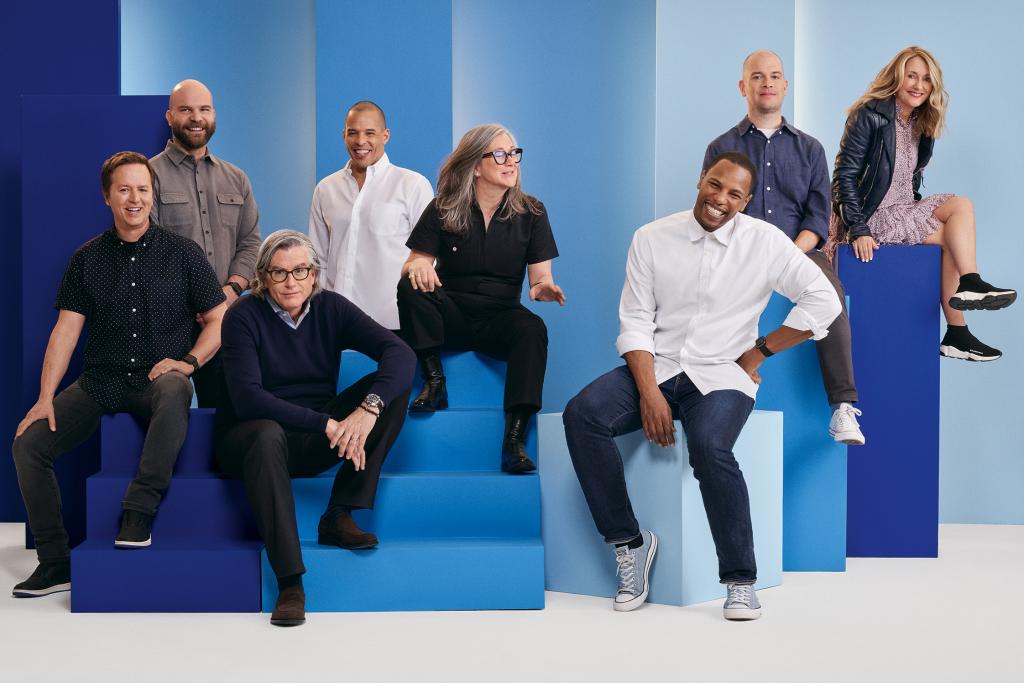 At the top, there’s nowhere to go but down. So says conventional wisdom, and Wieden & Kennedy topped Ad Age’s Agency A-List last year, thanks to strong work for legacy clients and a massive expansion of agency stakeholders.

But W&K has spent more than three-and-a-half decades thumbing its nose at conventional wisdom. It’s independent, based far from the global ad hubs and willing to resign huge clients, as the agency did with Verizon in 2017. And this year was perhaps even more impressive than last.

W&K has proven it does more than survive: It thrives when competing with big holding companies that increasingly lure clients with bespoke creations that assemble talent from multiple agencies. Others in the industry raised eyebrows late last year, for instance, when W&K won a major piece of the Ford account, which had been parked at WPP for many years. Although BBDO, a 2019 A-List Standout, was named the automaker’s lead global agency, so far, most of the high-profile work in the all-important North American market has come from W&K. And with Accenture’s announced acquisition of Droga5, there’s now no doubt that W&K is the nation’s highest-profile and most widely respected independent creative agency.

Within the last year, it’s completed culture-leading work for OKCupid, KFC and Bud Light. But W&K’s best-known campaign of 2018 was for Nike. The shop worked with the sportswear maker to position Colin Kaepernick as the face of the brand, explicitly taking a stand against police violence in communities of color despite his blacklisting by the National Football League, a move that made Wieden’s name known beyond the industry.

The company also landed 52 new business wins, including RXBar and Tinder; media for KFC and “League of Legends”; and social media for Bud Light, which longtime client AB InBev handed off without a review.

It hasn’t all been good news, though. This year, the shop lost Procter & Gamble’s Secret and last year it parted ways with Spotify, Impossible Foods, Equinox and Chiquita. U.S. revenue growth sat at under 2 percent. But for the second consecutive year, the New York office had its best financial performance in history, approaching double-digit revenue growth.

“You’ve got to approach every year like it’s the first,” says Colleen DeCourcy, co-president and chief creative officer. “I don’t know how else to not freak out.”

In September, the world watched as Nike firmly sided with Kaepernick, the former quarterback for the San Francisco 49ers, whose kneeling protests during the national anthem divided fans almost wholly down political lines. “Believe in something, even if it means sacrificing everything,” he tweeted, as part of the 30th anniversary celebration of “Just Do It.” (Kaepernick had remained unselected by any NFL team since the end of the 2016 season. The league settled a lawsuit with him earlier this year for an undisclosed amount.) The tweet was soon followed by “Dream Crazy,” a two-minute spot featuring Kaepernick and other Nike athletes.

Some fans were livid, and social media filled with videos of burning jerseys and shoes. But many others, particularly millennials and people of color, agreed with the message, fueling a 31 percent spike in online sales in the three days after Kaepernick’s tweet. Nike’s share price rose 18 percent in 2018.

“Go back 36 years and the relationship with Nike was founded on Phil Knight challenging Dan [Wieden] and David [Kennedy] by saying, ‘I hate advertising. Why should I hire you guys?’” says W&K co-President Tom Blessington. “So a love of athletes and a hatred toward advertising is why we’re different. Everything we do, on our good days, doesn’t feel like advertising.”

By choosing Kaepernick as a spokesperson, Nike asserted what the teams that could have employed Kaepernick dared not. Wading into the middle of such a contentious issue was a risky move for both the brand and the agency.

“It had to be a relationship built on trust,” says Managing Director Karrelle Dixon. “We want to tell stories about athletes, and so does Nike. When you show the same passion and enthusiasm for the subject matter as they do, you’re going to see success.”

The New York office also waded into politics with a new client, OKCupid, creating provocative posters that replaced the “F” word in the colorful expression “DTF” with others representing couples’ shared interests. Some far-right groups took offense at an ad in the campaign that depicted lesbian couples. “When we started working with Wieden, what was going on in the world was absolutely informing what we were doing,” says Melissa Hobley, global CMO at OKCupid. “We didn't want our ad campaign to be disconnected from what was happening.”

The campaign, with its striking visuals, was the dating site’s first. Hobley is the company’s first chief marketer, and she led the charge. “Yeah, we went pretty big,” she says of the brand’s choice of W&K as its initial agency. The campaign increased social mentions of the brand by 50 percent and revenue from new users by 25 percent, according to OKCupid.

It also caught the attention of competitors. “‘DTF’ was one of my favorites last year. It shows Wieden respects their audience instead of pandering to it, which is what the best work—and their best work—always does,” says the chief creative officer of a holding company agency, who wanted to remain anonymous when speaking about a rival. “This may sound like bullshit, but I’m always happy when I see something good come out of Wieden. I think their creative values are where this industry should be, and lately too often aren’t.” 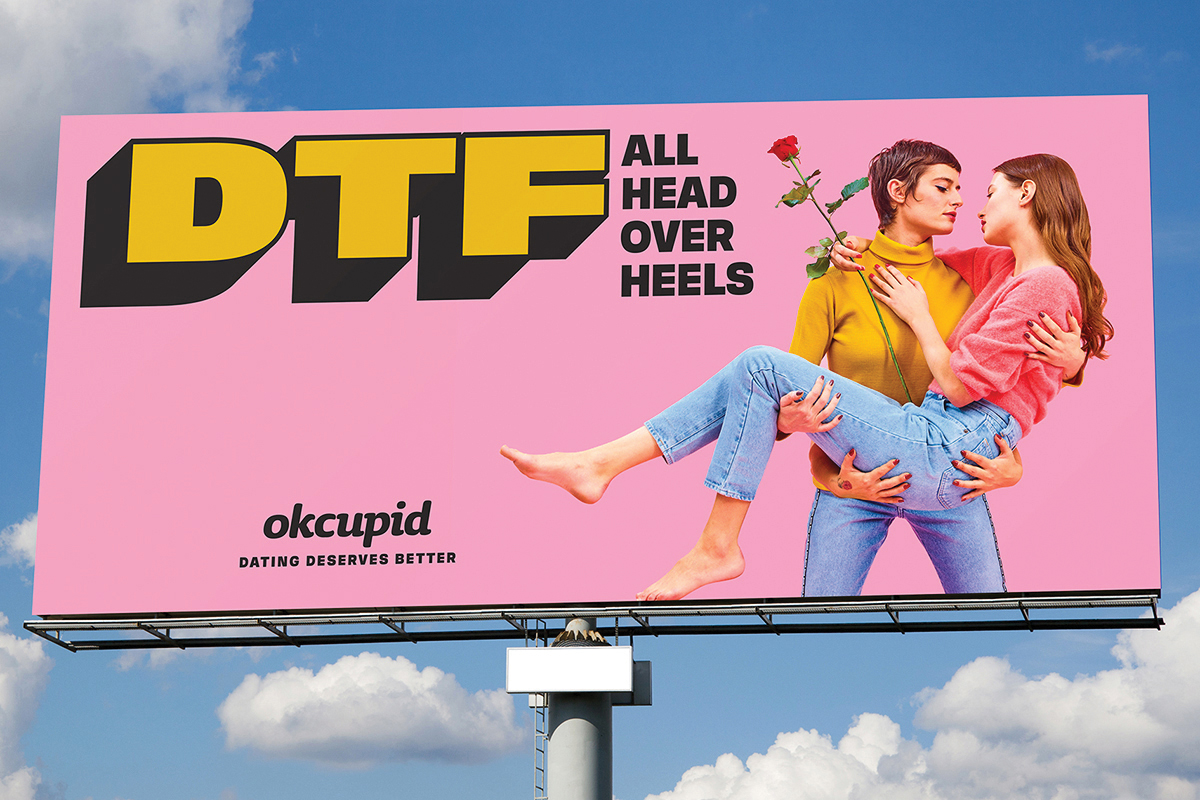 Meanwhile, the New York office expanded the “Dilly Dilly” campaign for Bud Light, building on characters created in 2017 (the Bud Knight, who debuted in 2018, was murdered and then resurrected in 2019) to turn a nonsense phrase into a call to arms.

Portland continued its collection of ersatz Colonel executions for KFC, building a Sanders cat climber with Super Deluxe and broadening the roster of star Colonels to include Reba McEntire and “Game of Thrones” strongman/actor Hafþór Júlíus Björnsson. “Our KFC team is just having a ball. They sometimes come up with some of the dumbest stuff I’ve ever seen,” says Dixon. “But it’s OK because they’re enjoying it and reveling in the opportunity to come up with ideas. They’re excited to see where they can stretch that brand surface area.”

“I’m always surprised at how the Wieden & Kennedy team finds a way to push the boundaries of our ... ‘Colonel’ campaign,” says Andrea Zahumensky, chief marketing officer at KFC. “I don’t think anyone expected us to use a Colonel-shaped cat climber or to unite two brand icons—the Colonel and Mrs. Butterworth—to sell fried chicken, but this work is helping us introduce KFC to a new generation of diners.”

The KFC media win proves the brand also has faith in the agency’s number-crunching capabilities. “We prattle on about our independence, but that’s a big superpower when it comes to media,” says Blessington. “It allows us to not be beholden to any one partner as it relates to data analytics and programmatic offerings. We get to create a bespoke solution for each of our clients.”

For successful agencies, though, sometimes the biggest challenge is avoiding complacency, which leads to stagnation. In the fall, W&K announced a series of leadership changes that saw President Dave Luhr and Co-Chief Creative Officer Susan Hoffman step down to join founder Dan Wieden as agency chairs. Agency veteran Blessington returned from a stint at YouTube to take over day-to-day management as co-president with DeCourcy, who was elevated to the role.

“We need to be constantly looking at the world in a fresh way. How do we keep the best thinking that opened these doors while we onboard the thinking that’s going to continue opening them as we move along?” asks DeCourcy. Succession has gone more smoothly than at some other agencies, though it’s a process. “Some of it’s just a giant, funny clusterfuck,” she says. “We’re all still in it, but we’re trying to figure out how we allow people to take the future view.” 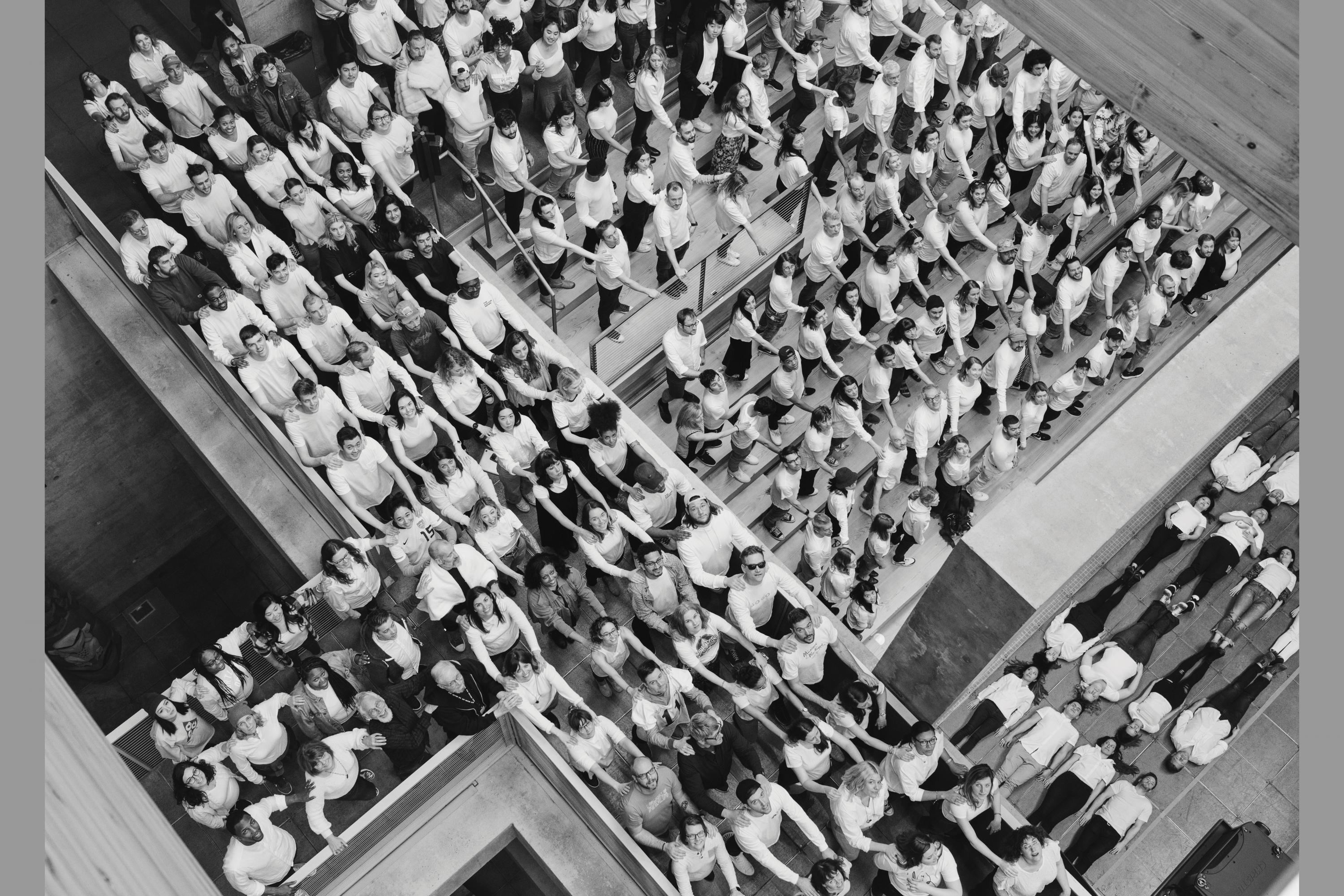 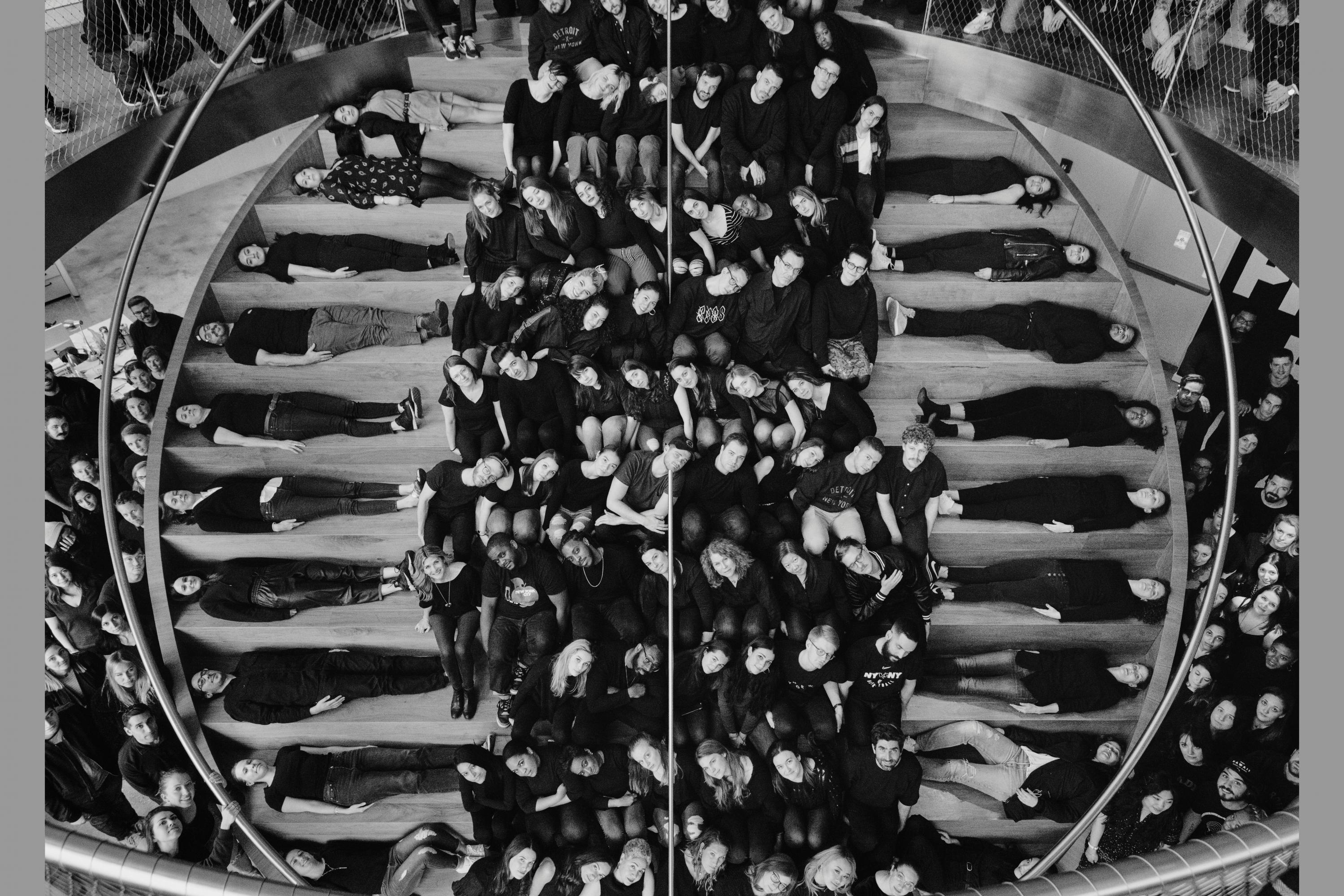