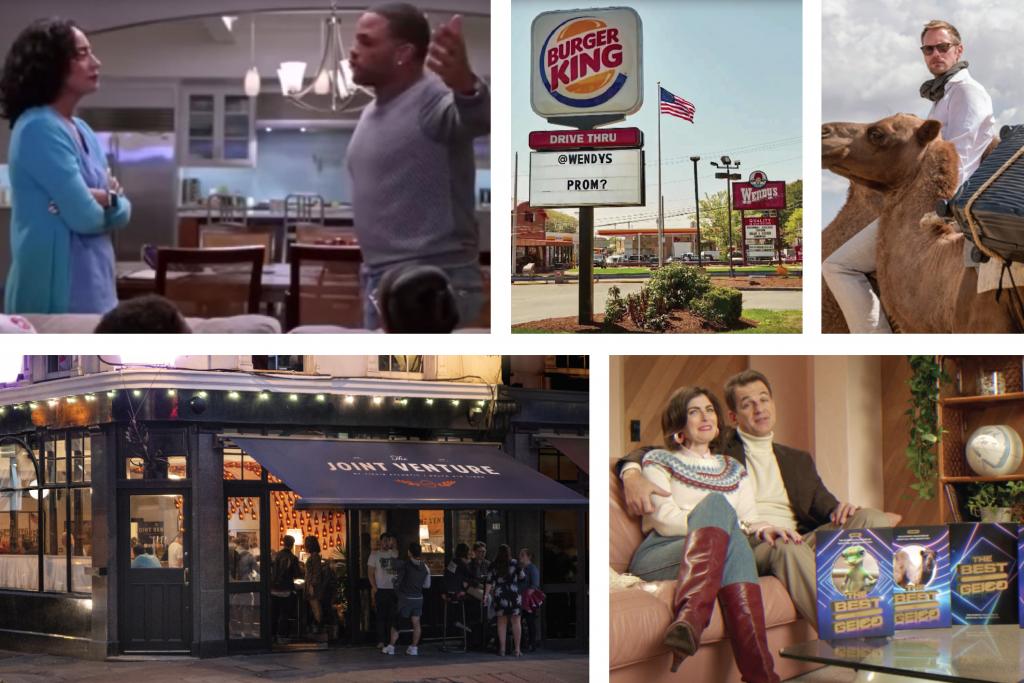 You could say BBDO stood out for its wins in 2018: It picked up Ford, and others. It certainly stood out for nearly 3 percent growth over 2017’s $632.1 million in revenue. It also helped break Macy’s streak of 11 consecutive quarters of sales declines and let diversity take center stage for work including Barbie’s “Dream Gap,” which leans into young female empowerment.

But where BBDO really shined was with its creative for Procter & Gamble. The agency took P&G’s “My Black Is Beautiful” work and catapulted it to new heights. The impact of 2017’s “The Talk”—which heightened awareness of conversations black families have every day about bias—was waning. So BBDO approached the producers of “Black-ish” about building an episode around it. Broadcasting on “Black-ish” netted
4 million views on TV and 15 million online. P&G would win an Emmy for that episode. Just as important, it saw a 1 percent uptick in sales. —Brian Braiker

For most of its 33 years, Cincinnati- based Empower has been a media indie. Last year, it began calling itself a “creative media” shop. It’s won new clients, reported record revenue and opened a new office in Chicago. Gross billings, it says, rose $100 million each of the past two years, hitting $500 million last year. Creative work now accounts for 10 percent of revenue.

For O’Keeffe’s skin cream, Empower created the digital, TV and out-of-home ads and worked with The Weather Channel to regionally activate them when cold weather hit.

“We’re not trying to rebundle,” FitzGerald says. “We’re trying to put it together so [creative and media] are equally important.” —Jack Neff

We like the way EP & Co. looks. The agency for Men’s Wearhouse rebranded, changing its name from Erwin Penland and almost doubling its agency-of-record roster. Thanks to a 90 percent new business win rate, EP—which calls itself as “a 32-year-old startup”—projected revenue for 2018 to rise 33 percent to $44 million.

Among the standout work from the Greenville, South Carolina shop: a film in which Alexander Skarsgard takes a nonstop 21-day trip to exotic locales with Tumi’s Latitude luggage, and a mobile Denny’s Diner dispatched to offer relief (and pancakes) to places hit with natural disasters.

EP also helped Men’s Wearhouse, which ousted longtime founder and spokesman George Zimmer, to create a campaign that focused on it carrying fashion for men of all shapes and sizes. It also brought men into stores with ads that included advice such as how to pack a suit without wrinkling.
—Judann Pollack

In 2018, the agency known as Figliulo & Partners rebranded to Fig, a move that coincided with its fifth anniversary. The shop, which reported a 17 percent increase in revenue last year to $20.4 million, says it turned down half the pitches that came its way and won 65 percent of those it jumped into.

Wins included creative agency- of-record duties for Benjamin Moore and Bright Health, now a top client alongside Virgin Atlantic/Delta and Vimeo. Creative included an integrated campaign for a Virgin Atlantic/Delta partnership that included a pop-up pub in London serving 230 craft beers hailing from the airlines’ destinations. The agency’s ongoing “Facts First” campaign for CNN spun the apple metaphor from its first ad into a sophisticated exploration of how falsehoods can easily be misconstrued as “truth” in this era of fake news.
—Ann-Christine Diaz

Few agencies weathered more public scrutiny in 2018 than The Martin Agency, forced to reinvent itself after parent Interpublic Group of Cos. axed most of its leadership in the aftermath of the industry’s first #MeToo scandal. But no clients left, thanks to transparent communication by new CEO Kristen Cavallo and Chief Creative Officer Karen Costello—the first women to hold those positions. Seven brands joined the roster, and the shop says it posted a 20 percent revenue increase in 2018.

Wins included former client UPS and Buffalo Wild Wings, and creative included the “Best of Geico,” which leveraged nostalgia for some of the agency’s work for the brand. A wage audit equalized salaries; Chief Client Officer Danny Robinson became the first African-American person on the executive team; and a new paternity leave policy is in place. —I-Hsien Sherwood

Things got rolling for McGarryBowen with two big wins from 2017, American Express and Subway (the latter as an anchor within a broader Dentsu Aegis Network team). And oh yeah, did things get good from there. The integration of San Francisco-based Swirl, acquired in 2017, boosted capabilities and incorporated fuel for new-business wins. McGarryBowen added 11 clients in 2018, including Hershey and Audible, and kept all agency-of-record accounts. (Plus, its relationships with clients United Airlines and Intel helped Dentsu win those media accounts.)

Work included bringing pop-culture cred to Kraft Heinz’s Kool-Aid with “All I Really Want for Christmas,” a Lil Jon rap video starring the brand’s mascot. Billboard declared it “one of the greatest Christmas raps of all time.”   —Jessica Wohl 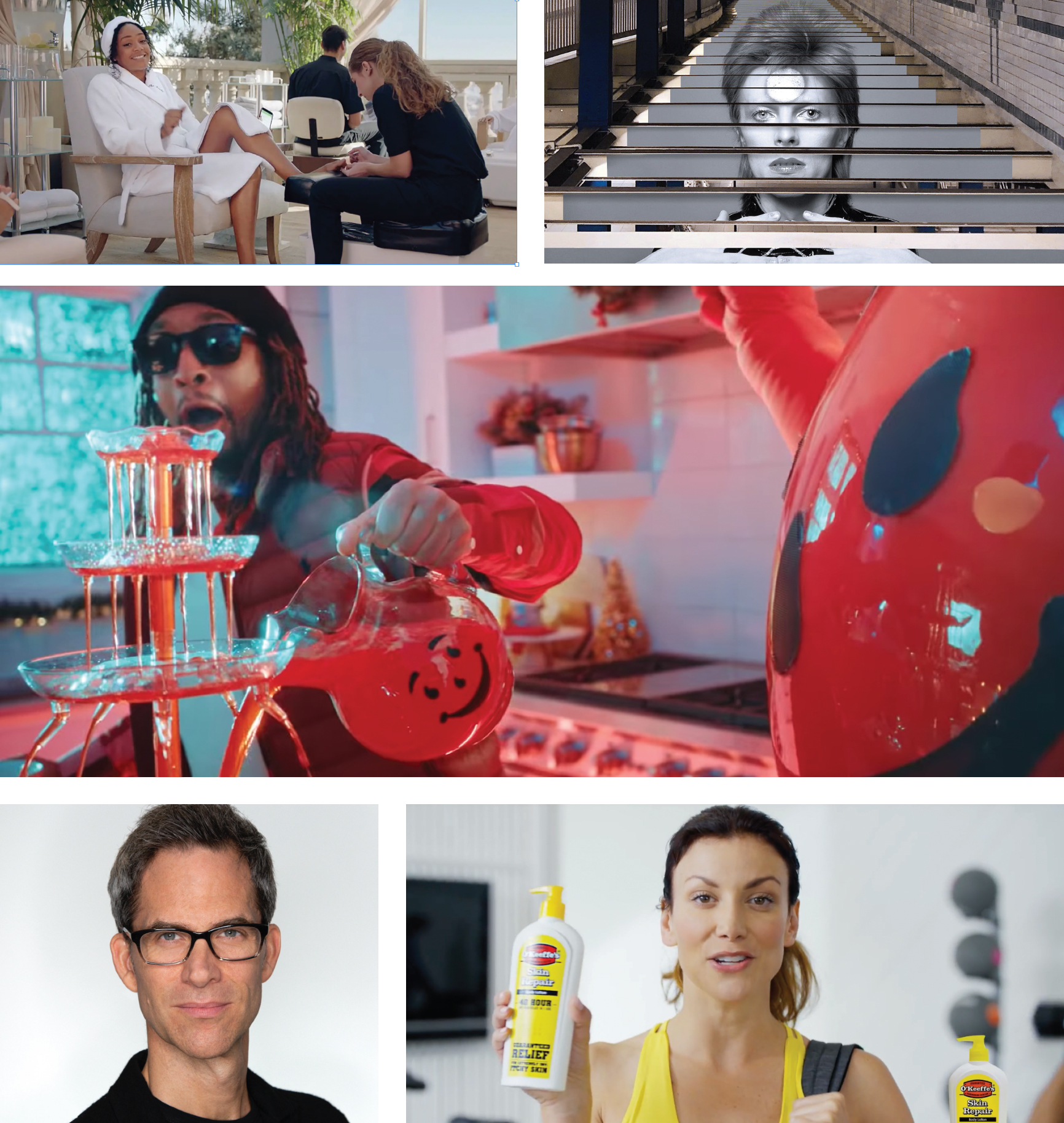 Last year, GroupM and WPP’s MediaCom notched Adidas, Ally, Bose, Office Depot, Hilton, media buying for Mars and more. This put it at the top of COMvergence’s new-business barometer as 2018’s most successful global media agency network. The new-business sweep follows a tough 2017, during which the agency lost AB InBev to Dentsu Aegis Network’s Vizeum in the U.S. The shop, however, infused innovative ideas into its offerings and hired its first-ever chief creative officer, Benjamin Vendramin.

Revenue in the target audience exposed to the Garage or the collection’s webpage, says the shop, increased fourfold during the campaign and the following quarter. —Megan Graham

During prom season last year, fast-food chain Wendy’s fielded a “promposal” from an unlikely suitor—MullenLowe client Burger King. The Twitter stunt, which earned media praise from the “Today” show and even the Reddit community, was one of several social tricks the shop employed for the brand, such as changing its name to Pancake King to mimic the IHOb campaign. The prank resulted in more than 30 million earned social impressions in a single day, the shop says.

O’Keefe, Reinhard & Paul is back baby, back—on its own. The 5-year-old Windy City agency has been on a tear, reporting 2018 revenue growth of 40 percent to $20.5 million from the year prior. Its success enabled the agency to buy itself back from investor Interpublic Group of Cos. In May 2018 the shop was named agency of record for Chili’s after years of project work, and OKRP’s in-house production studio, Whiskey & Bananas, churned out more than 300  pieces of content for the Illinois Lottery. It also earned a place on the roster for Nike, fielding a digital and experiential project for the sportswear giant, all while growing its collaboration with Tiffany Haddish for Groupon and turning out fresh creative for Big Lots. —J.P.

Interpublic Group of Cos.-owned media agency UM saw 17 percent year-over-year growth during the U.S. in 2018, landing wins including Quicken Loans, American Express and the Bank of Montreal and retaining Charles Schwab. But the agency did suffer a blow, losing Fiat Chrysler Automobiles to Publicis Groupe’s Starcom.

When the buzzy “David Bowie is” exhibit reached the Brooklyn Museum last year, UM client Spotify took over a downtown New York City subway station, including an “anamorphic centerpiece” that used structural beams to display images of Bowie from two eras depending on where commuters were standing. UM also filled station machines with limited-edition MetroCards featuring images of Bowie, which resulted in hours-long lines. (The cards were resold on eBay for more than $100.) The result was a 28 percent increase in streams of Bowie tracks during the subway takeover without any paid amplification.—M.G.