MDC Partners’ Anomaly reports that its profit grew 40 percent in 2019 on revenue of $192 million, with its margins growing from 19 percent to 24 percent. The agency did so by continuing its long-running strategy of building its own intellectual property and being selective on what clients it takes; the shop says it turned down 70 percent of pitch invites last year.

But this year has proven no one is immune from the economic fallout from the coronavirus; in mid-March, Anomaly laid off 22 employees, with most execs taking a 10 percent pay cut. —E.J. Schultz 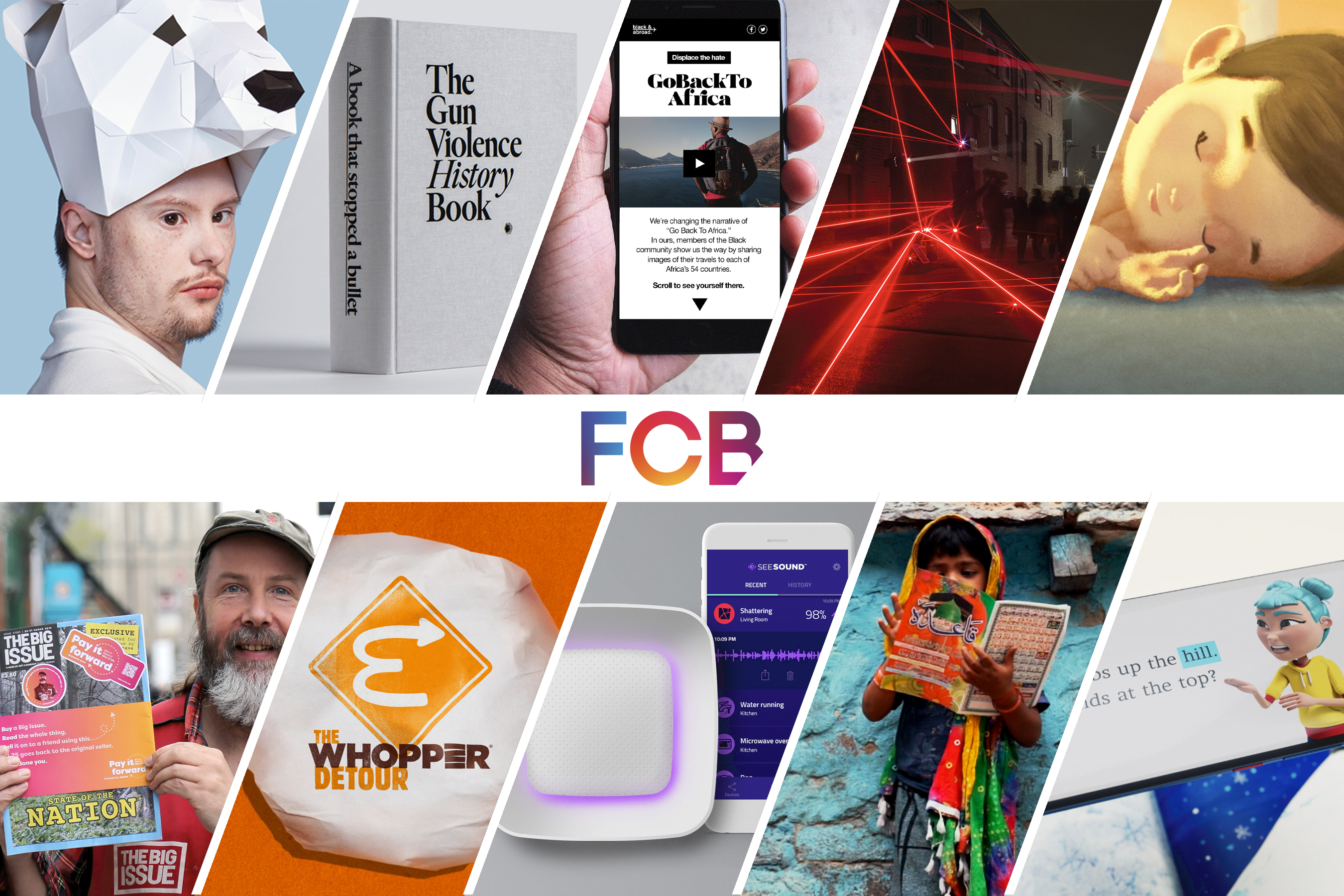 How does an agency like FCB top the Whopper Detour? The jury is still out.

The Interpublic Group shop landed on the A-List last year partly on the strength of that monumental troll: Burger King fans were encouraged to open the chain’s app at one of 14,000 geofenced McDonald’s nationwide to score a Whopper for a mere penny. The campaign, which ran for nine days in December 2018—making it ineligible for this year’s A-List consideration—was one of the biggest winners at Cannes in 2019. The campaign reached more than 3 billion impressions globally. (And here’s one more!)

Despite not outdoing that epic stunt, FCB did have a standout 2019. The shop designed limited-edition Bud Light bottles to celebrate Pride month. AB InBev, along with Clorox and Cox, are the agency’s biggest clients. For Dockers, the agency launched “Ready For It,” a new installment of its partnership with Levi’s “Always On” global platform.

FCB also introduced “The Gun Violence History Book.” A tragic symbol and educational tool, the book was assembled from articles, facts and data that underscores how history repeats itself. The book turned out to be so thick, it did what we as a society have so far been unable to do: Stop a bullet. —Brian Braiker 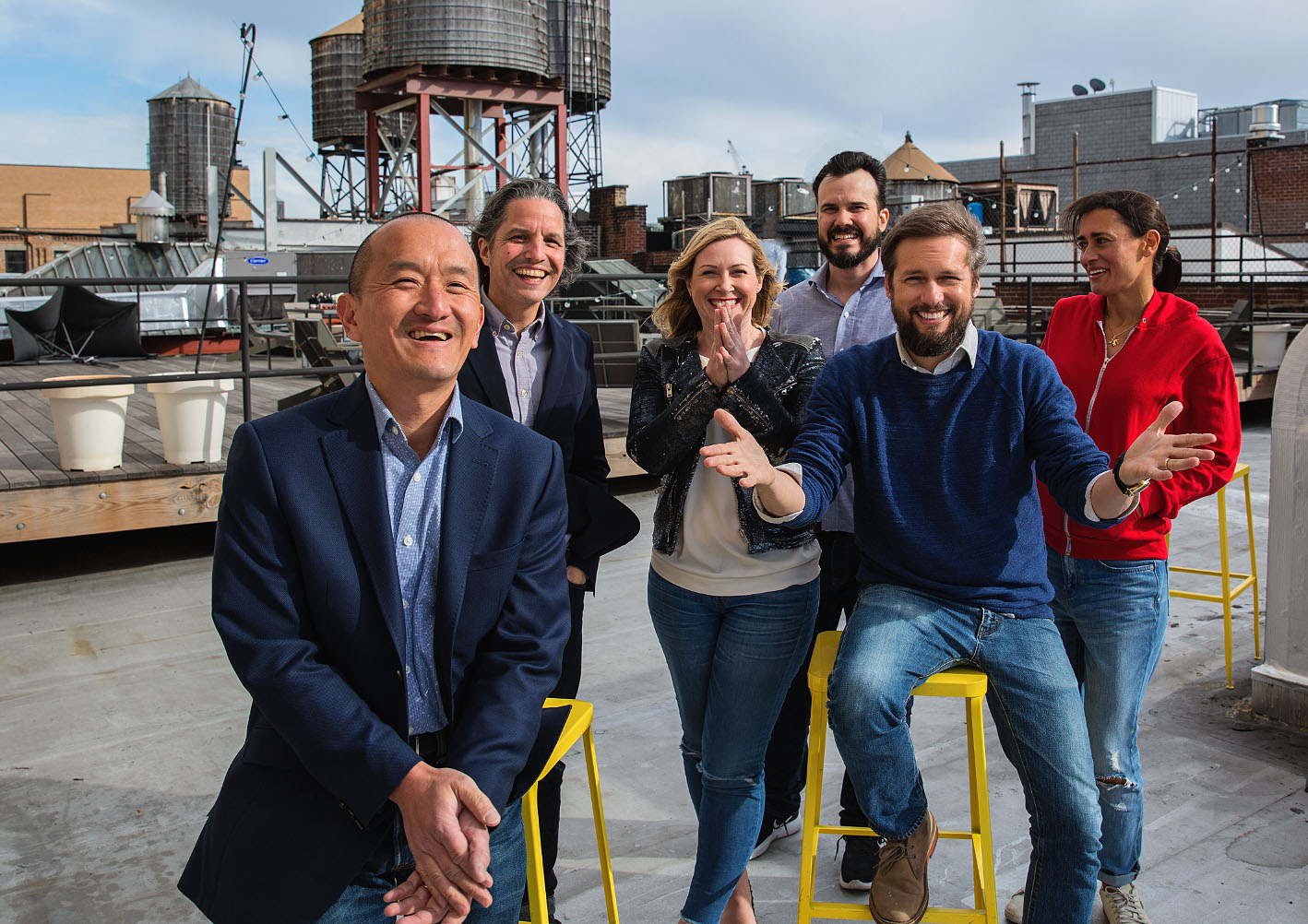 Up on the roof: Fig’s partners.

Creatively, Fig’s highlights include promoting Spotify’s Canvas facility by opening a record store in downtown Austin, Texas;  revitalizing Ketel One with a simple line-drawn style and vibe that’s different for the category, and reminding filmmakers of Vimeo’s creative tools with a series of humorous films taglined “Vimeo can help.”

Meanwhile, for new fitness equipment client Bowflex, Fig’s “Stronger Every Day” campaign won the approval of social media users by celebrating people working out in a realistic, non-idealized way—eating a burger afterward, for instance. After the notorious holiday commercial from rival Peloton, people tagged Peloton with the Bowflex ad, saying “That’s how you make a fitness commercial.” —Alexandra Jardine

Within the space of a year, GUT exploded from a two-person operation to a dual-location agency with 90 employees. The shop landed an agency-of-record assignment for Kraft Heinz’s Philadelphia Cream Cheese and notched wins for Tim Hortons and AB InBev, doing assignments for Natural Light and becoming agency-of-record for a new brew called Patagonia.

But it might well be two high-profile campaigns for Popeyes that put GUT on the map. When the chain was able to restock its chicken sandwich after continually selling out, GUT created a film of an employee putting an “Open Sunday” sticker (tweaking rival Chick-fil-A) on a road sign and ran a newspaper ad headlined “I’m back” heralding the sandwich’s return. We’ll let GUT tell the rest: “With the right date, one sticker, two words, and a tweet (and a production budget under $50,000), we garnered more than 8 billion impressions,” says GUT in its A-List entry, amounting to more than $86 million in earned media. “Traffic at Popeyes grew more than 300 percent on Sunday, Nov. 3.”   —Judann Pollack 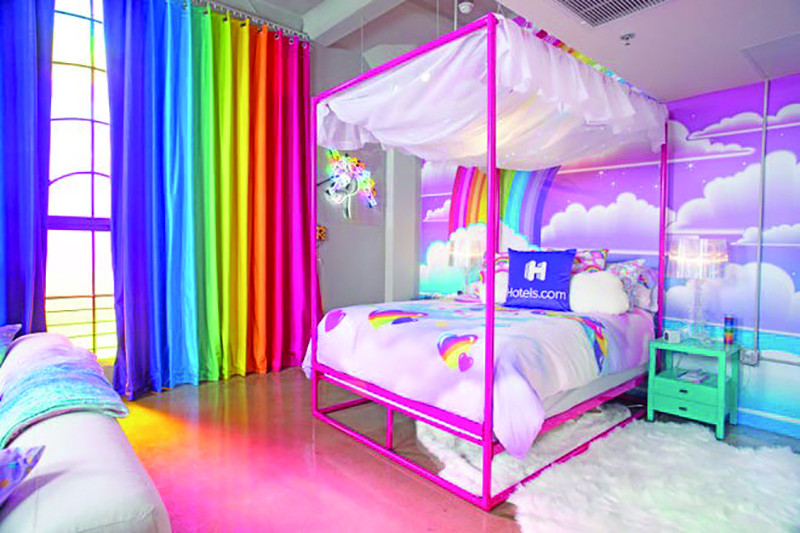 ICF Next has evolved from its beginnings as the Inner City Fund, founded in 1969 to fund minority-owned businesses, into a go-to shop for brand storytelling, loyalty, technology and public relations. From 16 offices across North America, Europe and Asia, the shop works with clients including the U.S. Department of Health & Human Services, Amtrak and Hyatt Hotels Corp.

After uniting its disparate teams together under the ICF Next name, it has won assignments for clients including Lloyd’s Banking Group, DanoneWave, Allegiant Airlines, Avanir Pharmaceuticals, the U.S. Department of Transportation, London Heathrow Airport and the European Patent Organization. It relaunched Hilton’s loyalty program and overhauled the Healthy Awards program for Vitamin Shoppe. When DDB brought Skittles to Broadway with a musical on Super Bowl Sunday, it was ICF Next fueling coverage. And it says consumption of Skittles rose 5.6 percent during the campaign.

The agency boosted interest in Hotels.com by offering a stay in a colorful Lisa Frank-themed hotel room in Los Angeles that sold out in minutes and generated more than 2.1 billion earned media impressions. ICF’s campaign telling stories of people affected by prescription opioids, with a site featuring resources for treatment and recovery, was adopted by 27 states and the District of Columbia. —Jessica Wohl 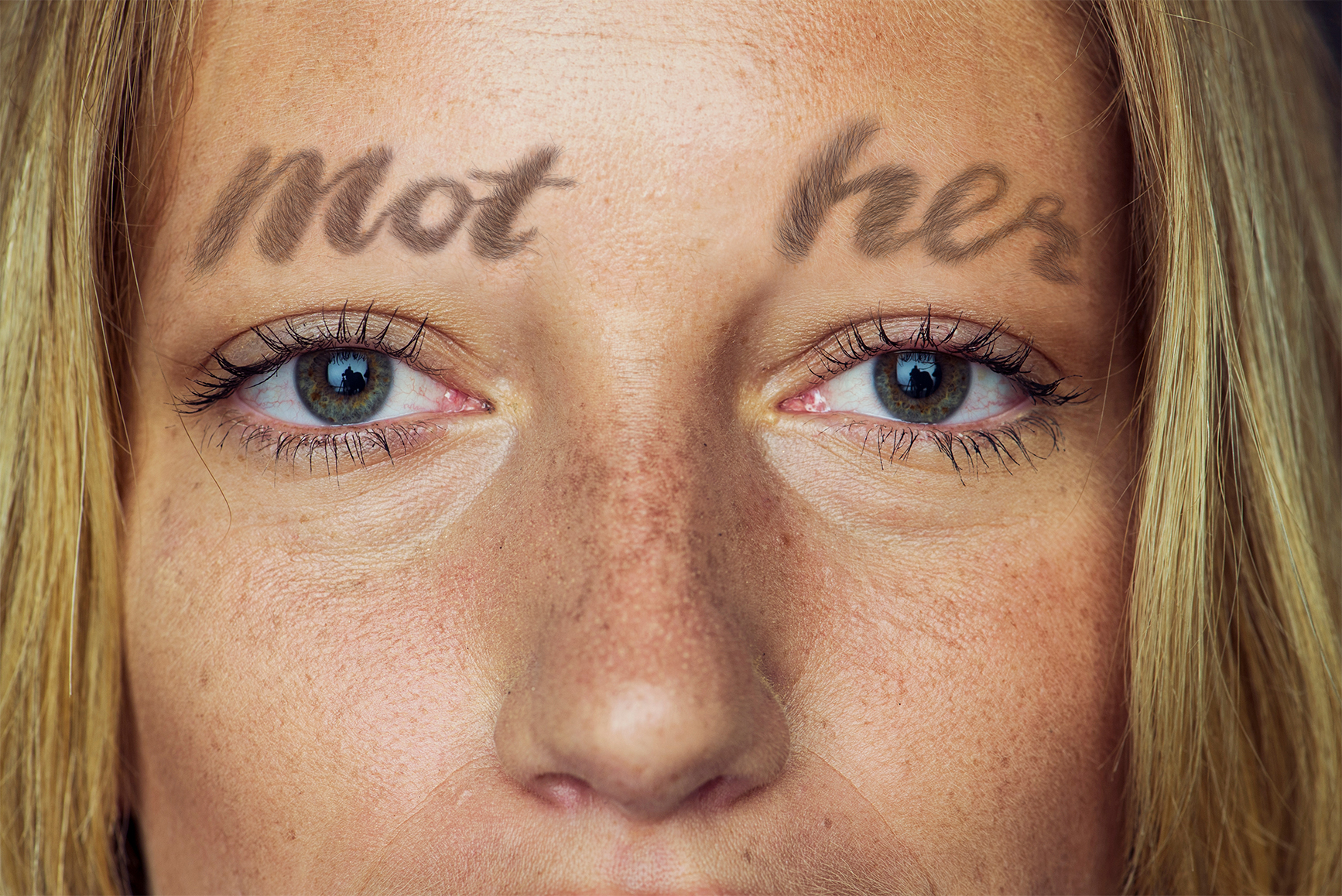 Mother’s offices in New York and Los Angeles are beginning to give even its U.K. mothership a run for its money. Last year saw record-breaking growth of 32 percent for the 17-year-old U.S. agency, putting it on track in 2020 to double in size in four years. Mother’s performance was boosted by 13 new clients including TripAdvisor, Sonic, Wrangler and Instagram. It also grew its existing business with some major new additions, including Target’s much-coveted holiday advertising.

Creative highlights have included a playful Super Bowl spot for Stella Artois starring Sarah Jessica Parker and Jeff Bridges as Carrie Bradshaw and Jeff “The Dude” Lebowski, respectively, changing up their trademark cinematic drinks. A bold campaign for Wrangler partnered with Lil Nas X, the hit artist of the summer, that referenced his controversial mashup of country music and rap, led to a 50 percent increase in sales. And the brand enlisted Martha Stewart to promote delivery service Postmates in a humorous campaign that riffed on her world of culinary perfection for a new generation.  —Alexandra Jardine

The Terri & Sandy crew, with founders in the near center.

It’s not many small agencies that would take on a creative powerhouse like Droga5 in Cannes, its own figurative backyard. But when Droga5 was acquired by Accenture Interactive, Terri & Sandy erected a billboard near the Palais that said #freedroga, with the “O” rendered as a handcuff. It also started a GoFundMe page seeking $475 million for Droga to buy itself back.

Cheeky? Yes, but so is Terri & Sandy, which has managed to keep long-term relationships with clients such as Freshpet, Disney Princess and Phonak in an industry where clients are shifting shops at stomach-churning speed. The agency last year was the second-most awarded in the Independent Agency Index at the North American Effie Awards. Terri & Sandy says it increased revenue 22 percent in 2019, it says, despite passing on pitching nearly two dozen projects. Its win rate for the clients it did pitch was 100 percent, according to Terri & Sandy, which brought in clients including Nutella, Culturelle, Gold Bond Skin Care and Hormel’s Applegate brand, which collectively reaped $5.5 million in new revenue for the shop.  —Judann Pollack

Behind that were 13 net new clients including Ikea, Airbnb, H&R Block, Imax, the MTA and a return engagement from Nike after a two-year hiatus. Prior project work for Apple, Gatorade, T-Mobile and Mailchimp grew into ongoing assignments.

The diversity of Work’s work is impressive, including the Roo artificial intelligence sex-education tool for Planned Parenthood, which generated 3.3. million conversations.